The 5 Language Learning Apps That Every Learner Needs 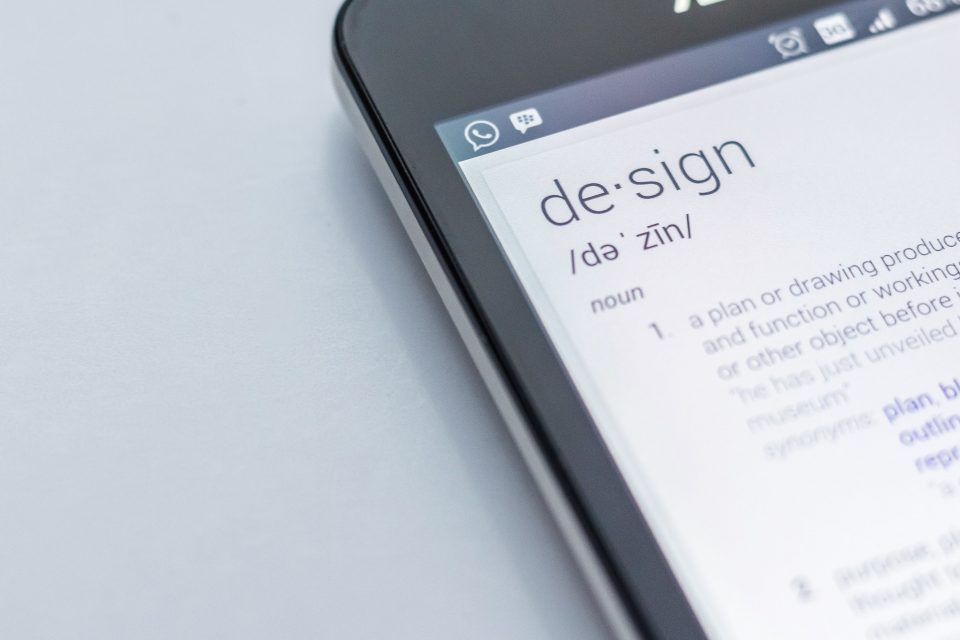 They're cheap (or free), take up no extra space in your bag or pocketbook, and they're filled with loads of useful features that help you learn.

The problem, however, is that there are just so many language learning apps to choose from, and more become available for download every day.

"Which apps should I choose?" "How can I tell which apps are better than others?"

These are common questions you'll see in any language learning forum. Heck, you may have even asked them yourself .

The answers to these questions aren't always easy to find, since the "right app" for you will vary depending on what language you are learning, and how well you speak it.

Despite all that, I'm here today to make your life a bit easier. I've compiled a list of five types of language learning apps that every language learner needs, regardless of target language or skill level.

This means that as long as you're learning a living language that has native speakers that can commonly be found online, you'll be able to find these apps, too. Better yet, these are "evergreen" apps, that will be useful to you from the beginner stage all the way to the advanced stage.

A high-quality dictionary app is perhaps the most valuable app in any language learner's toolbox (or smartphone!) Having one of these downloaded and at the ready means that you'll never have to fumble with a bulky physical dictionary ever again.

Just type in the word you're looking for, and BAM! A useful translation or definition, right at your fingertips.

And that's why dictionary apps are so useful compared to machine translators (which we'll get to later). They don't just give you the translation of what a target language word means; they also give you a detailed definition of the word, often with example phrases and sentences.

Just like regular dictionaries, digital dictionaries can come in many forms. I recommend that you choose an app with a bilingual dictionary that defines target language words in your native language, and vice versa. This guarantees that you'll always be able to find the word you need.

Another useful type of digital dictionary to look for in your search will be a monolingual dictionary. As the name suggests, these are dictionaries that use only one language; they define target language words in terms of the target language. These dictionaries are most useful at the intermediate and advanced stages, when you want to deepen your understanding of the words and concepts you already know.

The next most type of app that every language learner should have handy is a good machine translation app.

A machine translator is a program that takes text from one language and uses computer algorithms to translate it into another language. If you've used Google Translate or BabelFish, then you've used one of these before.

These apps are useful because they allow you to input an entire phrase or sentence, and receive a workable translation back in a matter of seconds.

Now that I'm including translation apps on the list, you might wonder why I told you to bother with a dictionary app in the last section.

The reason for that is simple—translator apps aren't known for their accuracy. If you want to know what a word means, typing it into a translator will give you the app's best guess, based upon context. If you type in a word with multiple meanings (like "nail", or "pool" or "game" in English), you can't be quite sure you'll land on the right translation.

Dictionaries, on the other hand, will give you as many variant meanings as are available, usually along with written explanations that will help you choose between one meaning and another.

Machine translation apps will be most useful when you need an entire sentence or phrase translated quickly, and don't have time to run a sentence through your dictionary app word by word by word. Most translation apps available today also have a text-to-speech function, which means you can also hear how your sentence (artificially) sounds, in addition to seeing how it's written.

Personally, I've also found machine translators to be helpful during text conversations, when I've struggled with things like sentence structure, or word order. When I want to communicate a complex sentence, I'll first try it on my own; then, I'll check to see how a translator would have worded the same idea. Often, I've found that the "correct" translation is somewhere between what I wrote and what the translator wrote, and I'll use that in my actual conversation. 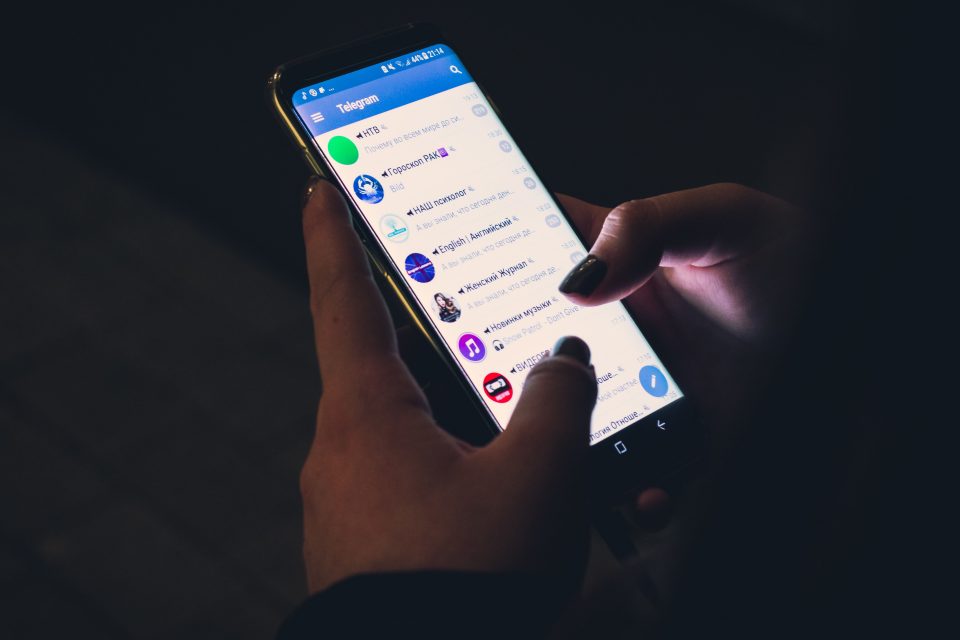 The third type of app that every language learner should have with them on the go is a language exchange instant-messaging app.

These apps are useful because they're the easiest way to meet new people who speak the language you are learning. These apps are quite literally intended to connect language learners across the world, so all you need to do is sign up, make a profile, search for someone who speaks your target language, and send a message.

Perhaps the best part of language exchange apps like these is that they do everything possible to make conversation quick and easy for both you and your speaking partner. In the best and most popular exchange apps available today, features like digital dictionaries, machine translation, voice messaging, voice calling, and image transfer are built right into the chat window, meaning you'll be able to find a way to communicate, regardless of your skill level or learning style.

Another benefit of modern language exchange apps is that they often come with location services. With location features enabled, you may be able to find native speakers of your target language who actually live close to you, or are traveling nearby. This is especially useful when you're traveling in a major city where your target language is spoken, as you'll likely have no shortage of people you could meet up with for a quick chat or coffee.

The fourth type of app that every language learner should have on their smartphone is a general-purpose instant messaging app.

"Wait, didn't we just talk about a type of instant messaging app?"

If that thought crossed your mind, well, you're right! But hear me out:

One of the sadder realities of language learning is that people don't often stick with it. This means that the people you connect with on a language exchange app on any given day will not necessarily be active on that app one month or even one week from now. When using HelloTalk, for example, I regularly had to "prune" my contacts list of users who had long given up using the app.

So, it's safe and prudent to assume that anyone you talk to on a language exchange app won't necessarily be using the app for long. That's fine if all you care about is practicing language (there will always be people to talk to, even if they're all new to you), but if you want to make deep connections, you'll need to gradually move from chat apps meant for language learners to chat apps meant for regular, everyday speakers of your target language.

Having this kind of app in your arsenal protects you from losing the connections you've made over the language learning apps in the last step. As soon as you feel you've really "hit it off" with a native speaker, politely ask them if they would mind moving the conversation over to their country's messaging app of choice. If you've picked your app wisely, it's likely that your speaking partner already has this app and uses it regularly.

One problem with these apps, at least for you and me, is that every country or group of people may have a different app they prefer. Most Americans use iMessage and Facebook Messenger, for example, but Europeans swear by WhatsApp. In Asia, however, it's completely different, with WeChat (China), KakaoTalk (Korea) and Line (Japan) all being hugely popular. 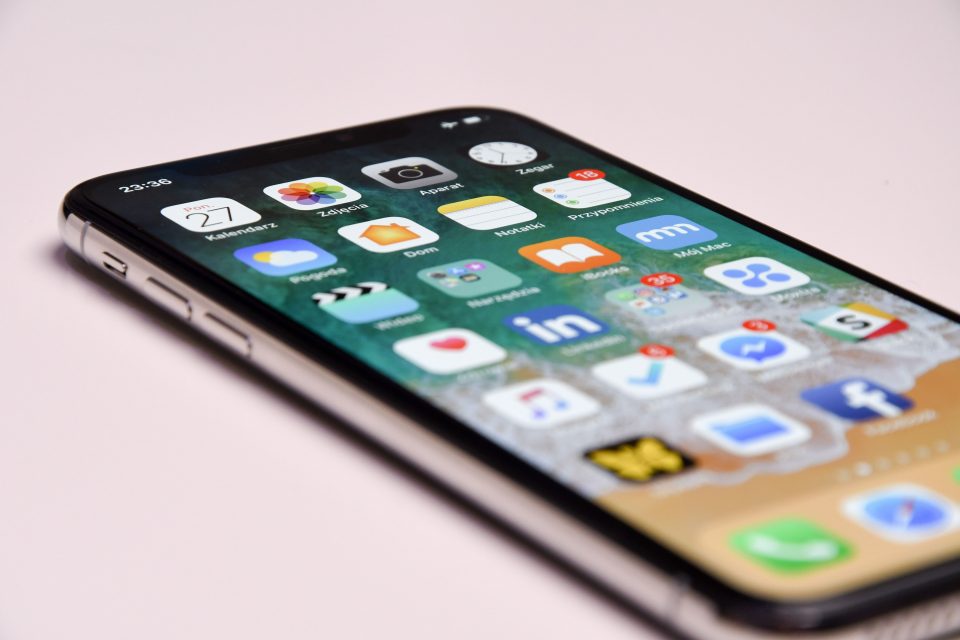 The final type of application that every language learner should have on their smartphone is a vocabulary memorization app. The type of app you use for this can take many forms, ranging from a simple text note, Evernote file, or Google Doc, all the way to more advanced Spaced Repetition System (SRS) apps like Memrise or Anki.

In broad terms, these apps are meant to be a place where you can record and store all of the words you're learning. Since you most likely take your phone with you wherever you go, you can pull up your vocabulary app whenever you learn a new word or phrase you'd like to commit to memory.

Ideally, once you store vocabulary in your app of choice, you’ll also need to review your learned words regularly. That’s why even though you can keep detailed lists of words in a simple text document, you may want to try out an app that also helps you memorize these words, as well.

SRS apps are flashcard apps that use computer algorithms to determine exactly when you should review vocabulary words you’ve recently learned. These algorithms exploit the spacing effect of human psychology, which causes you to better remember information that is reviewed over specific, spaced out intervals, instead of all at once. With a spaced-repetition app right on your smartphone, you’ll automatically be prompted to review new vocabulary at the perfect time, right before you forget it.

That’s not all, either; modern SRS apps also come with features that allow you to add audio, pictures, phonetic transcriptions, and other elements to each flashcard as well.

​Which Language Learning Apps Will You Carry With You?

You’ve reached the end of this article. Now, you’ve got a job to do.

Though I’ve given some specific app recommendations, what I’ve really shared with you are five categories of smartphone apps that will be useful for you throughout your language learning journey.

Within each of these categories, there could be dozens, or even hundreds of apps to choose from.

Your job today is to pick a category, and find an app within that category that you can start using right away.

And no, don’t worry—you don’t have to fill your phone with dictionary apps and start testing out each, one by one.

If you’re feeling more adventurous, ask a question on an online community like the ones at Reddit, Quora, or italki. Language learners or native speakers alike will generally be quick to recommend an app that you can start using right away.

Once you’ve found a set of apps, don’t forget to download them and put them on a prominent place on your phone’s home screen, so that when you need them, they’re never more than a finger tap away!