There are a thousand and one reasons to learn a language.

Actually, given the fact that there are approximately 7,117 languages in the world today, there are probably quite a bit more reasons, considering that different languages motivate people in different ways.

While it certainly sounds good to have so many motivational in-roads to follow when pursuing language learning, I am a strong believer that not all reasons are equally helpful to you if you want to learn a language well.

In fact, I believe that, in isolation, certain reasons can be bad, if not downright harmful to your language learning success.

That's why today I'm sharing 5 reasons why you shouldn't learn a language.

1. Your School or University Requires It

One of the first places where many people encounter language learning is within a school classroom.

I'll never forget, for example, the moment when I was first given the choice to learn a language in school. My school district offered Spanish, Italian, French, and German, and as sixth graders, we were told that we had to pick one to start learning the following year. It was mandatory.

The fact that my school district required students to take a language class didn't bother me, personally. But I know many who it did bother.

I know people who hated the idea of learning a language, but had to do it anyway, for several years on end. Other people I knew didn't hate languages per se, but didn't want to learn any of the languages on offer.

If you currently find yourself in a similar scenario—forced to learn a language you don't care for, then I've got good news, and I've got bad news.

I'll start with the bad news—since the classes are mandatory, you most likely will have to tolerate remaining in the class until you've fulfilled the requirement, or worked with the school to find a suitable workaround.

The good news is, though, that these requirements do eventually end. And once they're done, you don't have to learn a language anymore, unless you want to.

And if you've had the experience of being forced to learn a language for years only to eventually discover that you never actually learned to speak it, I have one piece of advice:

Don't feel bad! That is quite normal. In fact, I'd even say it is the norm. And a major contributing factor to that norm is that—like I'm emphasizing here—being forced to learn a language is not a good reason to learn it at all.

2. Someone Said It Looks Good on Your Resume/CV

Mention language learning in any group of people (language learners or not), and you'll probably hear someone mention that you should learn language X because it looks good on your resume or CV.

This may be objectively true—knowing Spanish in the United States is always looked well upon, as is knowing English nearly anywhere else in the world—however, this common recommendation hides a lesser-known truth:

Simply knowing a language is rarely (if ever) enough to actually get you a job.

Take it from me; my university major was Italian Studies. There was indeed a time in my life when I naively thought just knowing Italian could get me hired somewhere, doing something.

That isn't how things panned out, nor how I've seen it pan out for the dozens (if not hundreds) of other language enthusiasts I've met in my life.

In the large majority of cases, having a language on your resume will only serve to enhance an existing, marketable skill set.

If you don't have any marketable skills, then, well, knowing a language probably won't get you hired anywhere.

So if you want to learn a language just because you think it might get you a job, don't.

Seriously. Take all the time and effort that you want to put into language learning and put it instead into legitimate on-the-job skills. In particular, focus on the kind of skills that non-language enthusiasts use to get jobs.

Once you have that skill, you can then seek to learn a language as a way to differentiate yourself from the people in your field. For example, a nurse who is qualified to speak multiple languages will likely get better work opportunities than a nurse who speaks only one.

3. Someone Said It Was Good for You 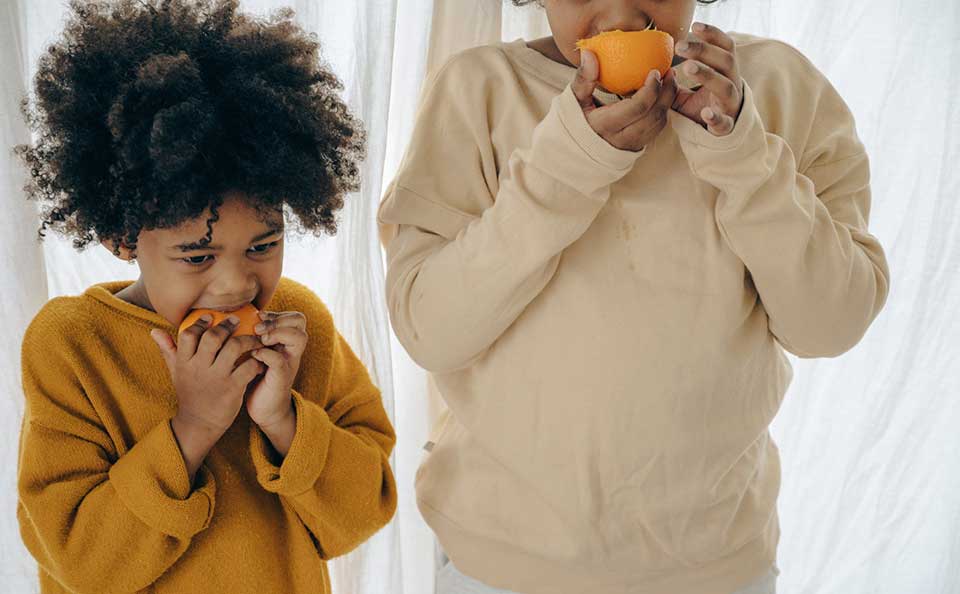 It's hard to read any books on personal development or habit-building nowadays without getting buried in recommendations for the usual slew of "healthy hobbies."

Normally, these include things like learning an instrument, going to the gym, reading lots of books (affiliate), and, of course, learning a language.

All of the above things are widely touted as things that will change your life. Because of this, there's always this unspoken command to do these things, because they are good for you.

Now, don't get me wrong. I truly believe that all of the above-mentioned activities are fantastic uses of time, and that each of them can and will change your life in some significant way, if you decide to take them up.

If you're reading this, chances are you and I have never met. That said, I don't know your life circumstances, your likes and dislikes, and your aptitude for different things.

That's the kind of thing that you need to find out for yourself. By trying to learn a language, at least a little bit, and seeing if you find it worth your time.

Whenever anyone tells you that you should learn a language because it will be good for you, you don't have to (and shouldn't) take them at face value.

4. Someone Told You That You Could Get Fluent, Fast

The growth of the Internet in the past two decades has brought many positive and negative changes to the world of language learning.

Of all of the negative things, perhaps the worst is peoples' ever-increasing desire to learn more languages in less time.

And since this is what people want, it's what they get. Not actual faster language learning, mind you, but creators and content that claim that high-levels of language skill can be achieved in a few days, weeks, or months.

Now I'm not here to dispute those claims, though I can safely say from personal experience that most are false.

What I'm here to say is that if you're learning a language just because you've been told that it's something you can do for a few months and then just magically "have" under your belt, then you should probably re-think your plans.

Even if you could theoretically learn a language to fluency over the span of several months, you still need to remain committed to the language for all of the time after those few months are over.

Because language skills are not static. They increase with practice, and decrease with disuse.

Let me say that again, but differently:

If you don't use your language skills, you will lose them. Full stop.

If you want to learn a language quickly, but you're not interested in at least maintaining your skills over time, you may be better served by doing something else with your time. Because either way, you won't have any language skills to speak of in the long-term.

5. You Want to Impress People with It 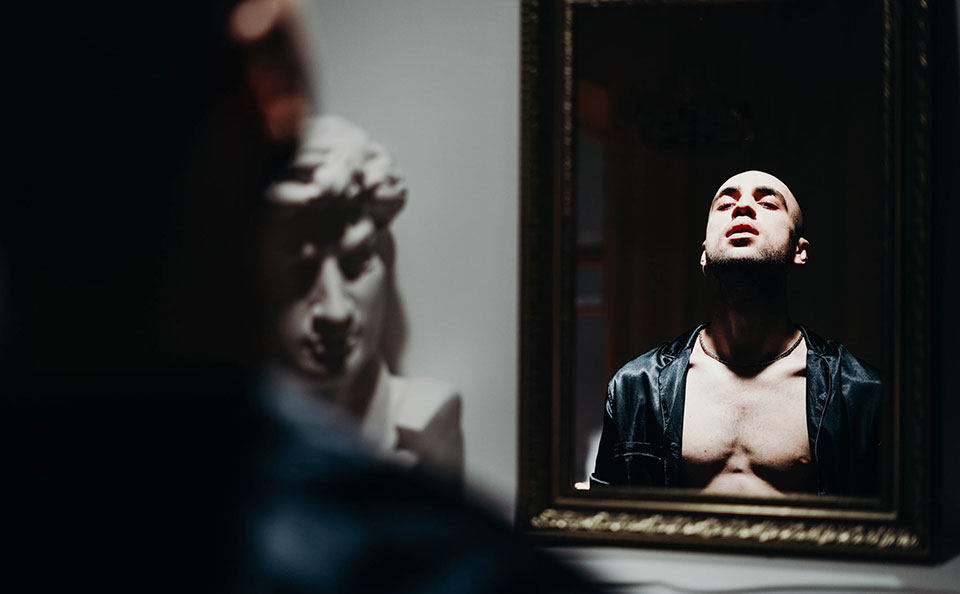 If there's one thing you can say about polyglots, it's that they're fun at parties.

It's quite something, if you haven't seen it: a single person, carrying on conversations in several languages with several party-goers.

I don't think I've met anyone who has witnessed such an occasion and hasn't come away saying some variation of:

But here's the thing: as cool as it is, I don't learn languages to impress people. And most serious learners don't.

Though it can certainly be fun to show off your language skills from time to time, those experiences make up a really small portion of what language learning really is.

And, to be honest, the bulk of it isn't that glamorous. Until you get to a point where you're really comfortable with a language, most of the experience is reading through coursebooks and grammar books, having less-than-dynamic conversations with a tutor or exchange partner, reading interlinear books by yourself (affiliate), watching movies by yourself, writing and reviewing notes by yourself and making lots and lots and lots of uncomfortable mistakes.

So, if you want to learn a language just because you think it will make you look cool, I would suggest you reconsider. Sure, you might look cool someday, but between now and then there's a lot of mundane, repetitive things. And an unbelievable amount of uncertainty.

If you're not cool with all that (or at least don't have a strong reason to pull you through all that), you're better off doing something else.

Why These Reasons Will Fail You (There’s a Better Way)

One thing I want to make clear is that all of the above are valid reasons to learn a language. Personally, one or more of the language learning motivations above have been a factor in nearly every language I've ever learned.

The difference, though, is that anytime that any of the above reasons has factored into my language learning, they have only been secondary to more compelling, and more powerful reasons.

Because the above reasons are, for the most part, extrinsically motivating. That means that they are driven by external rewards, like completing school requirements, finding a job, or receiving validation from other people.

Extrinsic motivation can be useful, but it often falters when doing something that is challenging, or time-consuming. Of course, language learning is both of those things.

To go far as a language learner, you need powerful reasons that will take you beyond any challenge, and will carry you towards your goal no matter how long it will take to reach.

What you need are intrinsically-motivating reasons, which are driven by internal rewards.

Want to learn more about intrinsic motivation and language learning? Stay tuned for my next post: 5 Reasons You SHOULD Learn a Language!