Don’t Dabble: Why You Shouldn’t Focus on Multiple Languages at Once 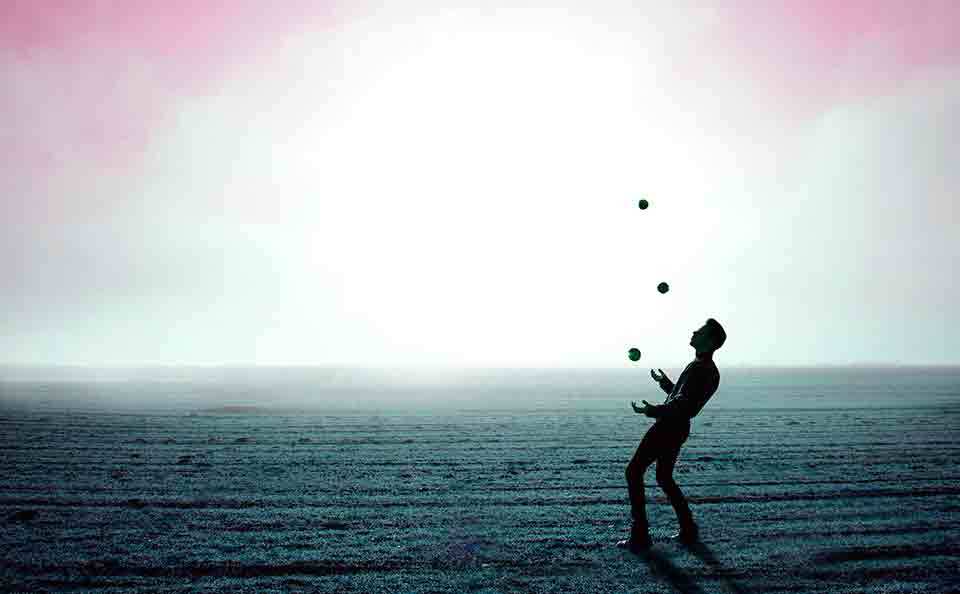 (Luca's note: This post is written by Kevin Morehouse, a LucaLampariello.com team member).

Do you remember what it was like when you first realized that you could learn multiple foreign languages, instead of just one or two?

For me, it was electrifying.

I had always loved languages, and for once, the possibilities seemed endless.

For a long time, I had assumed that the only way to learn languages was to study them for years in an academic setting. It was that very thought that led me to choose Italian Studies as my undergraduate major.

A couple of years into my degree, however, I accidentally stumbled upon a number of YouTubers who turned my world upside-down.

These YouTubers—Luca Lampariello among them—didn't just know two or three languages, as I had assumed was the limit. They knew five, ten, even fifteen or more, and spoke many of them to impressive levels.

Suddenly, the impossible was possible. Now that I knew that I could learn as many languages as I wanted, the rest would come easily.

Today, let me share my story of how dabbling in too many languages hurt my progress as a language learner, along with tips to help you avoid the same.

How Not to Learn Multiple Languages: A Case Study

First, I wanted to learn Mandarin Chinese on my own.

Then Esperanto, and Japanese. And then Welsh, Irish, Swedish, Hebrew, and even Basque too!

Next came the actual work—the learning.

From the examples I had seen online, I figured it would only take around 90 days to learn a language well, and maybe up to a year if I really needed it.

So I got started.

For Mandarin, I began with Rosetta Stone. I did well, and enjoyed it, but soon felt the material surpass my skills.

Thinking Mandarin was perhaps too hard, I switched to Brazilian Portuguese, my next language.

Again, I studied for several months, this time with a variety of resources. Though I didn't find Portuguese too hard, I soon grew bored with it, and dropped it in favor of Spanish, because it was "more practical".

Months later, Spanish was replaced with a combination of Spanish and Mandarin (again). Then both of those were replaced with Esperanto, which was then replaced by German.

And then, one day I stopped. I was exhausted. At that moment, I realized the truth:

I had become a foreign language dabbler.

Why Dabbling Can Hurt Your Language Learning Progress 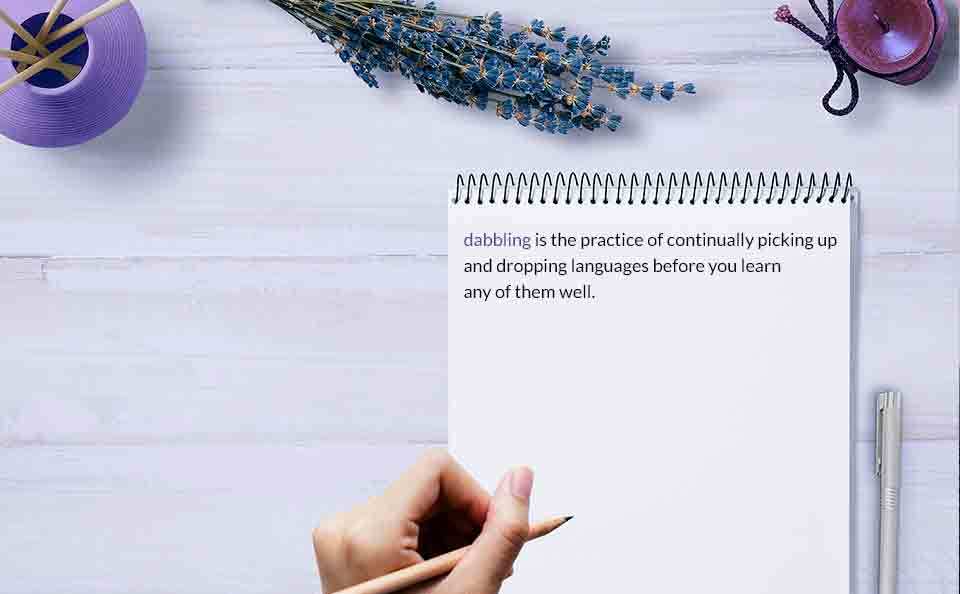 In the community, dabbling is the practice of continually picking up and dropping languages before you learn any of them well.

Dabbling works just fine for some people. If, for example, you just want to know enough of a few languages to get by in your day-to-day life, then it can even be a good thing.

However, if you're like me, and really want to be a functional speaker and user of a language and reap the amazing benefits of language learning, then dabbling is usually bad.

This is usually because it is a waste of three major resources: your time, your energy, and your money.

Dabbling wastes time because it forces you to learn languages quickly and poorly. Languages abandoned before the mid-intermediate level are usually forgotten in a matter of months.

Dabbling wastes energy because it forces you to keep re-learning what you’ve already learned before. If you don't forget a language outright, you will have to keep reviewing old material just to maintain your skills at the same level.

Dabbling wastes money because language learning is rarely free. If you forget a language that you bought resources, apps, or tutoring time for, all of that expense goes to waste.

The Benefits of Focusing on One Language at a Time

By trying to study a half-dozen languages within just a few years time, I had wasted lots of time, plenty of energy, and more money than I’d like to admit.

If you're reading this article, then I have a feeling you've wasted the very same things, all in hopes of a multilingual dream that didn't quite pan out.

Fortunately, I've had enough time to reflect on my dabbling days, and I've come to an important realization: if you really want to master multiple languages, it's best to go slow, and focus on one language at a time.

I've since practiced this with a new language (Korean), and here are some of the best benefits I've encountered.

The Road to Never-ending Improvement

Today's language learners are probably the luckiest language enthusiasts who have ever lived. Thanks to the Internet, we can start learning nearly any language on the globe with just a click of a button.

With those benefits, however, come some serious drawbacks; if you're not careful, the temptation to dabble in new languages can keep you from ever reaching any significant learning goals.

The solution to this is to find your focus, and stick with one language long enough to actually speak and use it comfortably.

As you gain experience with a language over the long-term, you’ll notice that you’ll face new challenges and gain new capabilities, all of which will shape the way that you learn and use the language in the future. You’ll come ever closer to the top of the mountain, and be able to look back, in awe, of how far you’ve come.

So, don’t take the easy route.

Don’t let go of everything you’ve worked so hard to achieve.

Because the language learning journey never truly ends. You can always improve, every single day.

So get to it! I think you’ll find that the journey will take you places you’ve never even dreamed of.