How Long Does it Take to Become Fluent in a Language? 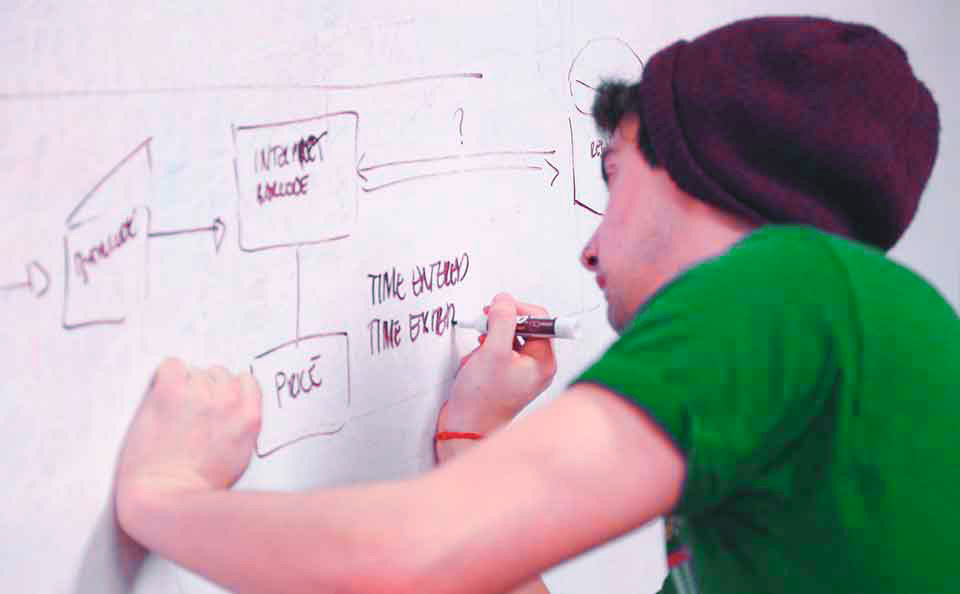 “Fluency” is one of the most controversial words in the language learning sphere. One of the most common questions I get is about how long it took me to be fluent in English, French, Russian, and all of the other languages I speak.

First thing first: let me clarify what fluency actually means to me, personally:

To me, fluency is the linguistic ability, combined with cultural awareness, to smoothly and confidently interact with native speakers in a meaningful way.

Also, since we’re going to talk about fluency, I should clarify if we’re talking about just speaking, or other skills too. If “fluency” generally denotes the ability to do something smoothly, then we should also take into account the other skill areas of learning a language and ask ourselves: how long does it take to become a fluent listener, reader, and writer, too?

So with that in mind, let's get started. 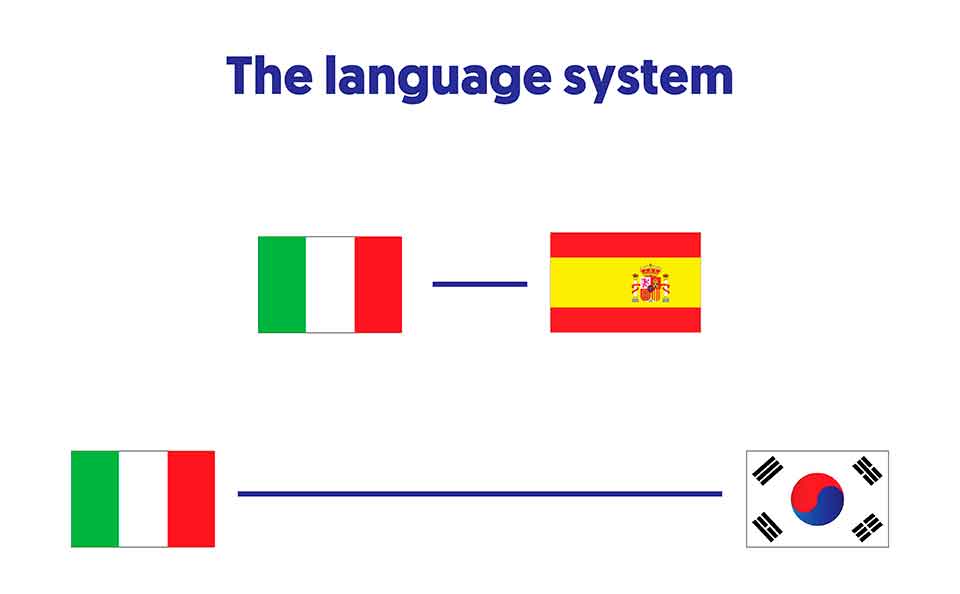 Have you ever said, (or heard people say) “hey, language X is too difficult, it will take me forever to learn it”?

First of all, I dislike the words “difficult” or “hard” because they are often used to discourage people from following a course of action. The truth is, the words we use tend to shape, define and direct our thoughts, so we need to choose them carefully. I very much prefer using the word “complex” instead of hard, for example.

And if you see two languages as two distinct systems, what makes one language difficult when compared to another is exactly how different the parts of each system are, when compared to one another.

For the sake of clarity and simplicity, let's suppose that one can define a language system according to three main components: vocabulary, phonetics, and syntax. Vocabulary is the  collection of words that make up a language, phonetics has to do with its fabric of sounds, and syntax is how single words are assembled to form sentences.

Each part has specific features that are unique to each language, and features that might not exist in other languages. This generally adds and contributes to the amount of time and effort it takes to learn a language—that is, to the overall distance you need to cover to reach fluency.

As a learner, the more distant a language is from your native one, the more time and effort it will take to reach fluency in it.

To better quantify the distance between my native language and any language I might learn, I use a simple scale that I developed myself.

I can use this scale to compare any component shared by two languages, but to keep things simple here, I’ll only compare three core components: vocabulary, phonetics, and syntax.

Using this system, I rank the distance between each of these three components, and then calculate an average, which represents the average “distance” between two languages.

Below you can see how I’ve applied the system across three language pairs:

Italian and Spanish can be considered “sister languages”. Their vocabulary and syntax are extremely similar, phonetics slightly differ, but it is difficult for an Italian to sound like a Spaniard and vice-versa.

English and Italian are most similar in terms of sentence structure. Both are subject-verb-object (SOV) languages, so it’s very easy to translate sentences word for word from one language to the other. English and Italian also share a lot of common vocabulary coming from Latin.

The biggest difference between English and Italian is in the realm of phonetics. English has a much more complicated sound system than Italian does, and so learning English pronunciation is a challenge for most native speakers of Italian.

Japanese and Italian differ most when it comes to syntax. While Italian is an SVO language, Japanese is an SOV (subject-object-verb) language, meaning that most Japanese sentences feel backwards to an Italian speaker. Additionally, there are countless other cultural and linguistic factors that make Japanese a difficult language for Italians to learn as well as speak.

Remember that these distances are critical when it comes to learning two languages at the same time.

Language Distance: Italian vs. Other Languages

The below charts show what I believe to be the linguistic distance between Italian and several other commonly-learned languages. 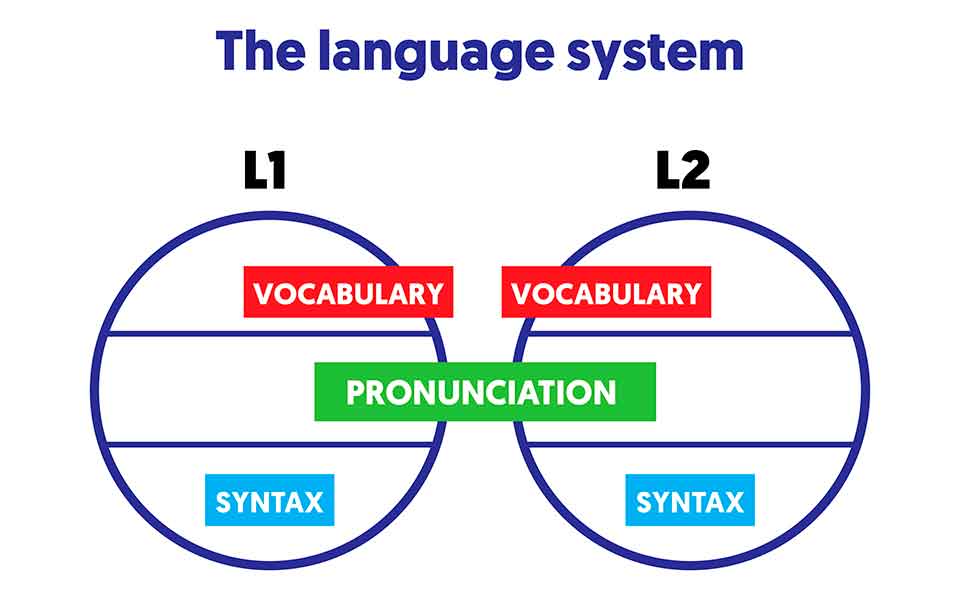 If the distance between your native language and your target language is an objective indicator of how much time it might take you to learn your target language, there is a group of other factors that can make this amount of time much shorter or much longer. I’ll call this group of factors your personal background.

By “personal background”, I mean your life experience coupled with your language learning experience.

For instance, if you are American and you have learned French and Spanish, learning Italian will come much easier to you than it would to another American with no experience in second language acquisition. And having a more solid or less solid language background can have a major impact on another additional factor—your mindset.

If you have already learned a language to fluency,  then you know for certain that learning a language is something you can do—which is a VERY big deal—and you've probably already developed a learning method that suits you well. On top of that, you might not have the fearful attitude towards speaking that many first-time learners have.

All of these factors make a huge difference in the overall amount of time and effort you are going to put into your target language.

The good thing is that your personal background is not fixed. It can evolve, and become more and more advantageous to your language learning over time.

That is how it was for me.

Things seriously improved when I started learning German. It was the first language I ever studied on my own, and that experience helped me develop my own Bidirectional Translation method, as well as a whole host of other learning strategies.

After learning German, I took the methods and strategies I developed and applied them to every language I could—Spanish, Dutch, and Swedish among them. Having an efficient set of strategies to start with meant that the overall learning process went much more smoothly than my earlier English and French learning did. The fact that all of these languages were SVO languages (that is, closer to Italian in terms of linguistic distance) boosted my learning as well.

Eventually I gained enough experience with language learning that I only really struggled when learning languages that were very linguistically distant from my own.

This happened in languages like Russian, Japanese, and Hungarian, which all offered unique challenges, and required more effort than other, more linguistically close SVO languages did. 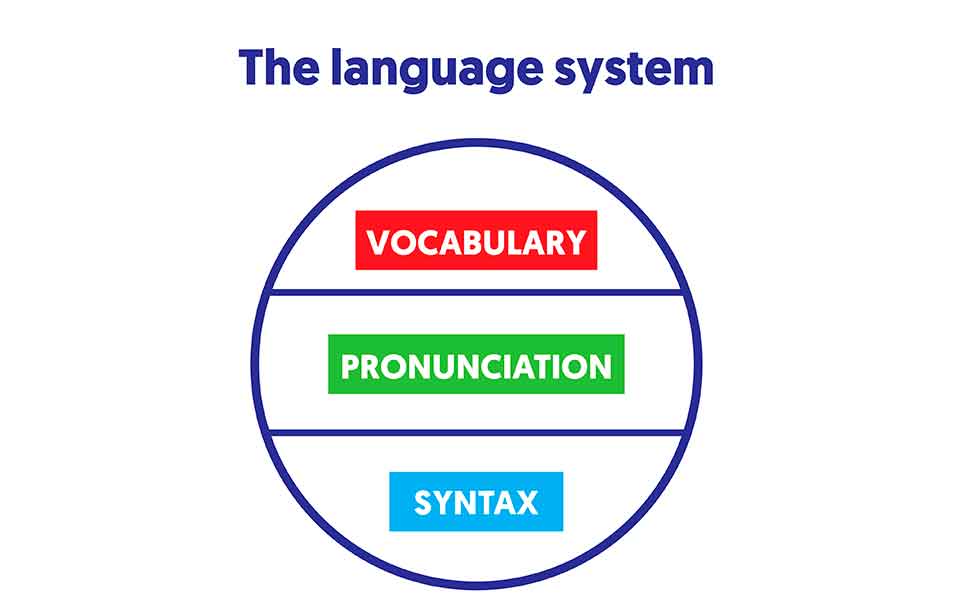 Before we go, there’s one more thing I wanted to talk to you about: Your life circumstances, or, simply put, how you live.

And mind you, I did not say where you live, but how.

To give an example, I myself am Italian. I live in Italy, but I don't speak Italian that often, given that I live mostly with foreigners.

When you see a person speaking a language fluently, you shouldn’t ask if he ever lived abroad, or which books he used to learn.

Instead, ask the following:

Each person is unique, and the amount of different scenarios is limitless, but let me try to illustrate: for simplicity’s sake, let's take two extreme examples within the language acquisition world.

One day he meets a girl from Girona, a town not far from Barcelona, they begin dating, and eventually decide to move there. Juan works online so he’s got a lot of spare time to dedicate to Catalan, he “hits the books” for four hours every single day. He knows how to learn.

On top of that, given his background with Romance languages and his confidence as an experienced language learner, he starts using language with his girlfriend, with his friends, and in shops.

How long do you think it's going to take Juan to learn to be conversational or even reasonably fluent in Catalan?

I suspect three months would be more than enough for Juan to get a very solid grasp of Catalan and start using the language in most circumstances.

And now meet John, an American in his 30s who has never learned a foreign language before, except for a meager attempt at Spanish in college. One day, he decides that he wants to learn Russian (affiliate).

John essentially has no previous language background, and does not have a clue how to start by himself.

How long do you think it will take John to learn Russian?

In my opinion, it may take John between three and ten years to learn Russian fluently, depending on his future choices, and whether or not he manages to stick with the language over the long term.

Let me give you another example of how changes in my own life circumstances have helped me learn languages better and faster with time.

Above, I mentioned how English was difficult for me to learn, at least at first. This was not only because English was my first foreign language, but also because it was the late eighties/early nineties, and good language learning materials, methods, and resources were hard to come by. I lived in a monolingual family, in the midst of a relatively monolingual culture and society.

Nowadays, my life circumstances are much better suited to language learning. I still live in Rome, but I share a multi-bedroom apartment with people from all over the world. This means I get to practice my language skills with these people every day, without even leaving my house. On top of that, I am a language coach, so I use at least six different languages every day just in my work.

And perhaps best of all, I (like you, of course) live in the age of the Internet. Thanks to the Internet and related technology, it is incredibly easy to find great language resources at a moment's notice, and to interface with native speakers of any language from the comfort of my own home.

So just to wrap up, it's quite challenging to define a precise amount of time it takes to become fluent in a language because there are myriad objective and subjective factors involved in the process of language learning.

Second, the background of each learner contracts or lengthens the distance to cover. The more experienced a learner, the more likely it is for him or her to know what to do, how to do it, and the confidence to make it happen sooner than later.

And third, the way you decide to live can greatly accelerate your learning process. No matter where you live, you need to find ways to come into contact with a language, use it, and make it part of your life. Your efforts will pay off big time over the long run.

What do you think? Do you speak another language fluently? How long has it taken you to learn one or more languages to a fluent level? How do your life circumstances currently impact your language learning?