How Long Does It Take to Learn a Language? 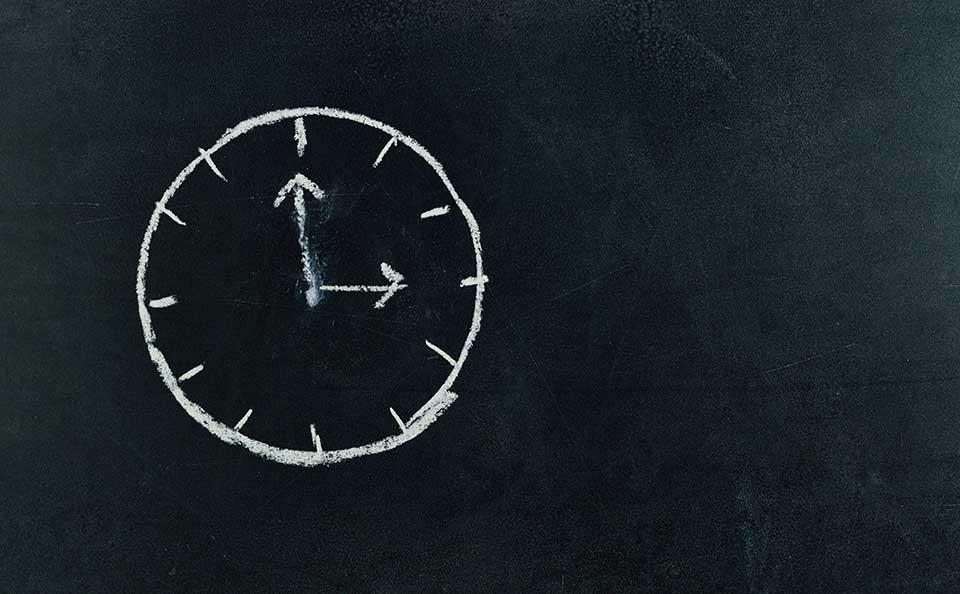 How long did it take you to learn Spanish?

How long did it take you to learn Mandarin Chinese?

How long does it take to learn a language?

I get these questions all the time. As a learner of 13 languages, people often want to know just how long it takes to get it all done.

It’s a difficult question, but one that deserves an answer. After all, if you’re looking to embark on this journey, you’ll want to have some idea of when you’ll get there, right?

Before we come to that answer, however, we’ll have to tackle two key problems:

What Does it Mean to “Learn” a Language?

If we want to know how long the journey will take, we need to figure out where we’re going.

​For starters, we know that we want to learn a language. But

what does it even mean to learn a language, anyway?

Most would say that a language is learned once we know it fluently.

So, if we swap out our terms, that means that the real question is:

How long does it take to reach fluency in a language?

Not quite. Like the verb to learn, the definition of fluency is equally slippery. Some equate fluency to perfection. Some equate it to simply being functional.

That’s a big range. Too big.

Even if we take fluency as simply meaning “to know a language well”, we can’t get too far, at least not until we know how well we want to learn the language in question.

Fortunately, there are some excellent resources available that you can use to help you determine how well you want to know a language. These resources will give you a destination around which to plan your learning journey, and help you establish short-, mid-, and long-term goals as milestones.

These resources are known as proficiency frameworks. There are two major ones in use across the globe today, the most popular of which being the CEFR scale. The CEFR scales provide several different language proficiency levels, any of which you can use to support your own, personal definition of fluency.

Personally, I consider a language to be learned at a fluent level once I have developed my speaking, listening, reading, and writing skills to the B2 level on the CEFR Global Scale:

Can understand the main ideas of complex text on both concrete and abstract topics, including technical discussions in his/her field of specialization. Can interact with a degree of fluency and spontaneity that makes regular interaction with native speakers quite possible without strain for either party. Can produce clear, detailed text on a wide range of subjects and explain a viewpoint on a topical issue giving the advantages and disadvantages of various options.

I aim for this level in particular for fluency because it is the most advanced level on the scale without moving into professional- or academic-level proficiency.

How Fast You Learn is Dependent on Several Factors

Once you’ve determined how you’d like to define fluency in a foreign language, you need to be aware of the myriad objective and subjective factors that will affect how fast you arrive at a fluent level.

The major objective factor (i.e. a factor that is not dependent on you as an individual) that will affect how long it will take to reach fluency is known as linguistic distance between your native language and your target language.

To understand this, it is important to see every language as a system that is comprised of several subsystems. Though every language is unique in its own way, all languages consist

of the same basic structures.

Let’s look at Italian, for example.

Through comparing any two languages, we will find that their subsystems can be closely related, distantly related, or anywhere in between.

If we compare Italian to Spanish, we will find that there are similarities in nearly every area: word order (syntax), vocabulary (lexicon), sound system (phonetics). We can say that Italian and Spanish are close languages.

If we compare Italian to Japanese, we find fewer similarities, and a great number of differences. Italian has a Subject-Verb-Object (SVO) word order, while Japanese has a Subject-Object-Verb word order.

Furthermore, Italian has a larger inventory of sounds than Japanese does, and the vocabularies of both languages are almost entirely different. Therefore, we can say that Italian and Japanese are distant languages.

Taking your native language as a point of reference, you will find that any language on Earth can be considered a close or distant language, depending on the internal linguistic structures being compared.

Achieving fluency in a more distant language will inevitably take more time than doing so in a closer language.

There are also several subjective factors that will influence how long it will take for you to reach fluency.

These factors are dependent on you as an individual, meaning that you can manipulate these factors as necessary to learn your target language faster. This is something you cannot do with linguistic distance.

The three subjective factors are:

In language learning, experience plays a large part in how fast you will acquire a new language. If you’ve never learned a language before, then your first foreign language will take you longer to learn well than nearly any subsequent language, regardless of linguistic distance.

Once you have that first foreign language behind you, you will have a greater understanding of the overall of language learning, and each new language will come to you more easily than the last.

Where and how you live your life also play a large part in speed of language acquisition.

At the broadest level, your learning is affected by your macro environment. This is largely a function of where you live: the country, the region or state, and the city or town in which you find yourself. Depending on your individual macro environment, you will have an easier or harder time reaching fluency in your foreign language.

For example, if you’re learning Spanish in Valencia, Spain, you have a macro environment that will increase your speed of learning.

If, on the other hand, you’re learning Spanish in Beijing, China, your micro environment will not increase your speed of learning, and may possibly decrease it.

If you are learning Spanish in Valencia, Spain, but you live, work, and socialize only with non-Spanish speakers, you have a micro environment that will decrease your speed of learning.

If you are learning Spanish in Beijing, China, but you live, work, and socialize only with Spanish speakers there, you have a micro environment that will increase your speed of learning.

The fastest path to fluency will always come through aligning your macro and micro environments so that both support your learning goals. The second fastest path will be through the development of a suitable micro environment. If you can live, work, or otherwise socialize with speakers of your target language, then those benefits will always outweigh the advantages or disadvantages of your geographical location.

Lastly, we have perhaps the most obvious of factors that affect how fast you learn a language: how much learning you actually do!

The learner who puts in more focused learning hours, day in and day out, will always reach his goals faster than another person who puts in less hours, or puts in the same amount of hours over a longer stretch of time.

A Tale of Two Learners

To illustrate how these objective and subjective factors work together to increase or decrease how long it takes to learn a language, let’s look at two theoretical examples.

Mark and John are both Americans, aged 35.

Mark is learning Japanese, a distant language from his native English. Mark has no previous language experience, and lives in an area of Texas that is relatively devoid of native Japanese speakers. As such, he has neither the

macro or micro environment that is conducive to learning Japanese quickly. Mark is also married, and has lots of n

on-language-related commitments in his day-to-day life.

If Mark puts in one hour of time on task every day, he will reach a B2 level on the CEFR scale in approximately 3-5 years.

John, on the other hand, is learning Portuguese, which is a close language to his native English. John already speaks two foreign languages to a B2 level: Korean, and Spanish. On top of that, he works in the language field as a Spanish teacher, and so comes into contact with language learners daily. Recently single, John has decided to move to Portugal (macro environment) and has plans to make friends with locals there (micro environment).

If John puts in one hour of time on task every day, he will reach a B2 level on the CEFR scale in 2-6 months.

Note how Mark and John made the same daily time commitment to language learning, but due to all of the other subjective and objective factors, John has a possibility of reaching fluency in anywhere from 3% to 16% of the total time Mark will spend on learning.

Though the examples of Mark and John above are quite extreme, it is important to understand that there is a lot more to speed of learning than just time invested.

So, how long does it take to learn a language?

The question is extremely vague, as it relies on terms like learning, and fluency, whose meanings change from person to person.

In your case, I recommend that you narrow down the possibilities by defining fluency for yourself.

This is done most easily by establishing B2 on the CEFR scale as your goal-state, as your point of fluency.

Once you know what you’re aiming for, you need to look at the linguistic distance between your native and target language to get a general idea of how difficult it will be to achieve fluency. Then, you can finally look at your individual situation and see what subjective factors you can influence in your life to speed yourself along the learning path.

Keep in mind that the speed to fluency will always change. The factors will grow, change, and develop according to both your language chosen, your learning experience, and your life situation.

There may not be shortcuts to fluency, but now you know exactly what it takes to get there in good time!