How to Learn Danish: My Personal Routine & Reasons 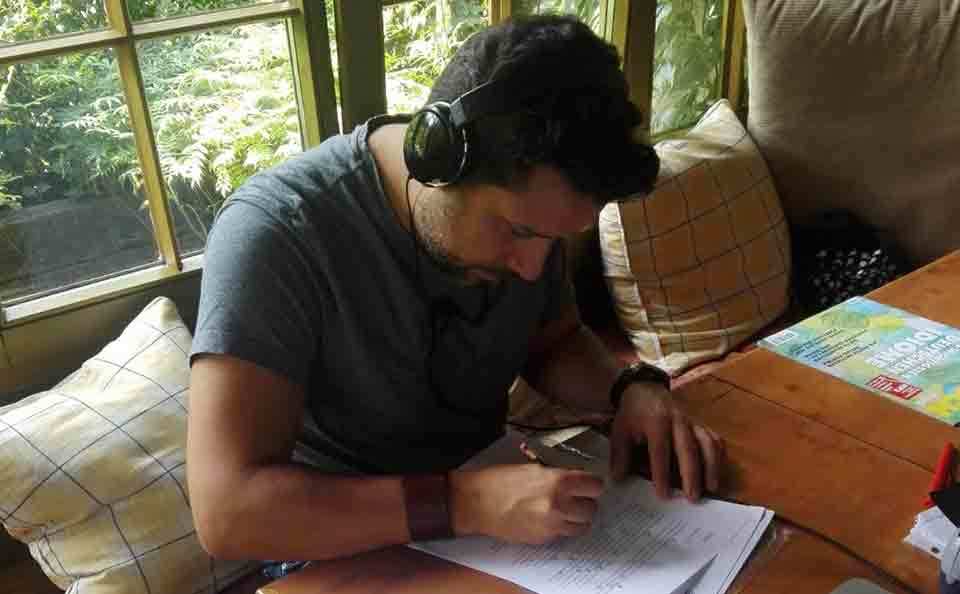 So I’ve decided to learn Danish.

Actually, to be honest, the decision to learn Danish was made long ago. However, it’s only now that I’ve had the time and the opportunity to learn it. And that’s what I’ve been doing, everyday for the last couple of weeks.

The idea to learn the language first came to my mind a few years ago, not as a flash of inspiration, but rather a moment of sadness.

I stood in Fiumicino airport, hand-in-hand with the woman I loved.

She was leaving. Possibly forever.

In that moment, I recalled many of the memories we had shared together. Conversations, long walks, museum tours, and tons and tons of laughs.

One memory in particular stood out—the time she tried to teach me a tongue twister in her native language, Danish:

Now, between you and me, I consider myself reasonably good at pronouncing foreign languages, but this phrase was a challenge.

I remember her smile and laughter as I struggled vainly to imitate her pronunciation. I had apparently joined the long list of foreigners that she and other Danes had jokingly tortured with that phrase.

It was fun in the moment, but the challenge of it also left me intrigued. I felt the urge to one day conquer the phrase “rød grød med fløde”—red porridge with cream—for myself.

Well, that and the rest of the language!

So today, I’d like to share with you how I have started to learn Danish. I hope that my experiences even in these few short weeks with the language can help motivate some of you to take on a Danish-learning journey of your own. 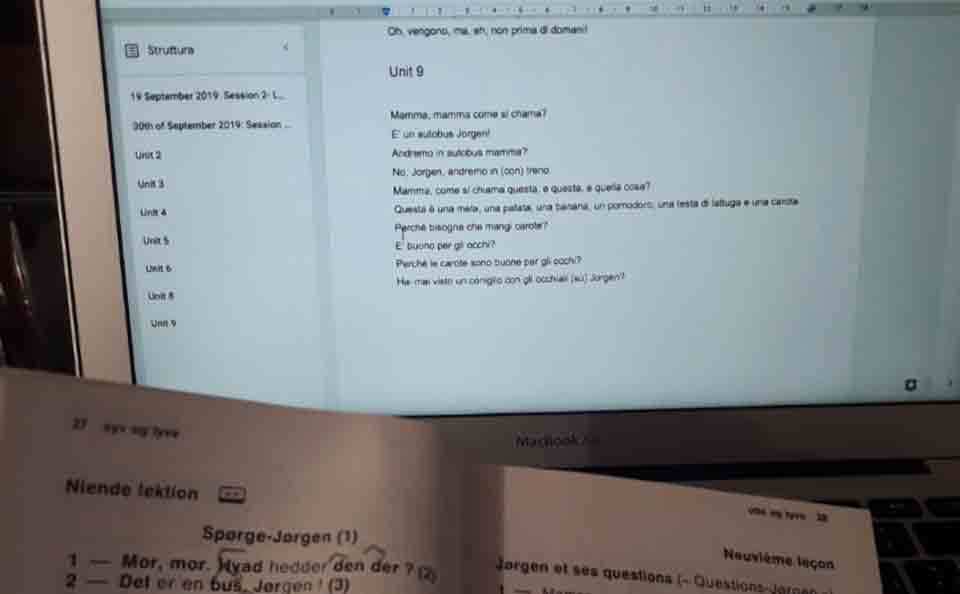 I’ve always said that if you want to learn a language well, you must do it every single day.

But that’s easier said than done, I know.

Life, responsibilities, and lack of motivation often try to throw me off track, just as I’m sure they’ve done for you.

To combat this, I start every learning session by asking myself an important question:

I then take thirty seconds and try to imagine myself living the answer to that question.

It’s not always the same answer, though—some days, I imagine what it would have been like to converse with my Danish love all in her native language. Other days, I wonder how I could actively use Danish now, in the present, whenever I go to my weekly language meetups.

Those thirty seconds of visualization are an important, daily boost to my learning.

Each session acts as a shot of motivation, injected directly into my veins.

As you take up Danish (or any other language), I highly recommend you complete these visualization sessions as well.

Each time you sit down to learn, remember to ask yourself the key question:

From there, let your imagination run wild, until you can physically feel the motivation to sit down and actually start learning!

Knowing One Scandinavian Language Doesn’t Mean You Know Them All 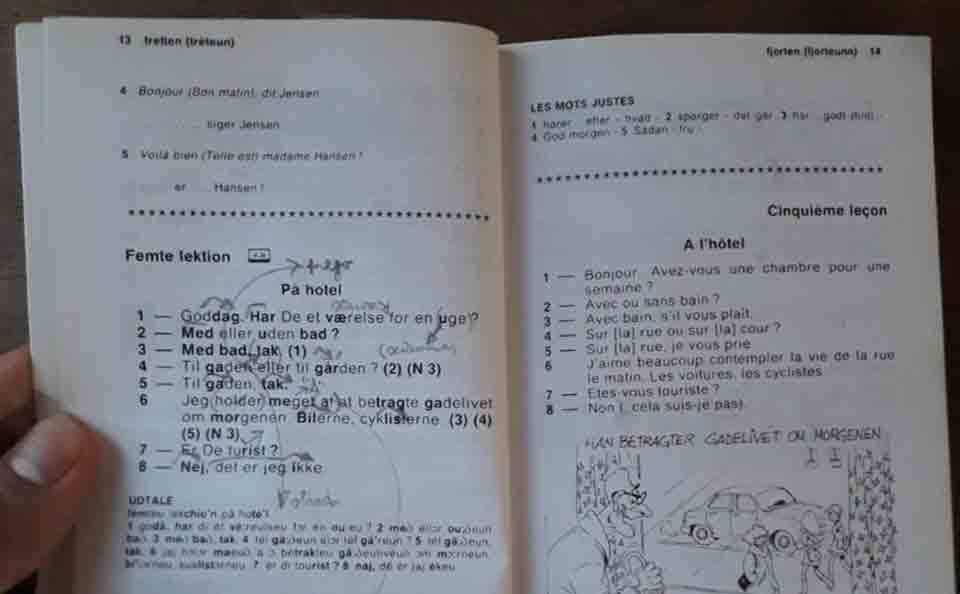 Just as you share some genetic traits of your father, mother, and siblings, so do languages share some of the traits of their ancestor and sister languages.

Danish is, together with Swedish, Norwegian, Icelandic and Faroese, part of the so-called Scandinavian or “Northern Germanic Languages”. Since these languages share many common traits, learning any Scandinavian language should be easier if you already have another sister language under your belt.

Or so I thought, anyway.

The thing is, I’m a fluent speaker of Swedish, one of Danish’s most popular sister languages. Even before I ever learned a word of Danish, you could put a written Danish sentence in front of me and probably be able to understand the whole thing, with little difficulty.

Here’s an example, using a sentence that means “I started learning Swedish because I think it is an interesting language”.

ENGLISH: I started to learn Swedish because I think that it is an interesting language.

As you can see, the two languages are written quite similarly. That’s where knowing Swedish comes in handy when learning Danish.

On the other hand, knowing Swedish becomes a problem for Danish learners when it actually comes time to speak Danish!

Click here to hear how the Swedish and Danish versions of our example sentence are pronounced.

Why is this a disadvantage?

Because of muscle memory.

Danish and Swedish both share words that are written the same way, but are pronounced differently.

As a Swedish speaker, I’m very used to pronouncing dag the Swedish way. It’s so automatic that I don’t even think about it.

Whenever I speak Danish now, though, I have to fight the reflex to say dag (and other words) the Swedish way, and instead do it in the new, unfamiliar Danish way.

To combat this, I will have to work to actively maintain my Swedish at the same time that I’m developing Danish. If I start learning Danish and ignore Swedish, I will create interference in both languages.

When you start a new language, it is a great opportunity to revise and transform your existing language learning routine. And if you don’t have a routine, it’s an opportunity to start building one!

Danish is my fifteenth language, so I’ve got some core aspects of my routine I’d like to keep, and others that I’d like to change. 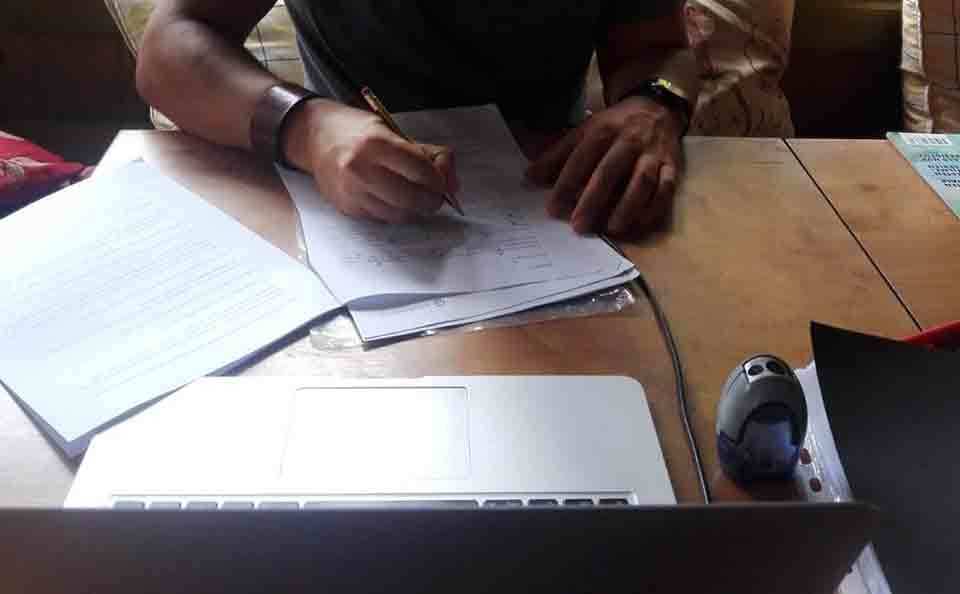 For any language I learn, the first product I pick up is a copy Assimil with Ease written for learners of that language.

For Danish, I use Le Danois sans Peine (the French version) because, unfortunately, no English version exists. If you don’t speak French, this means that you’ll have to rely on a different starting resource.

That’s okay, though. The exact resource isn’t the most important detail here. The important thing is what I do with that resource once I’ve started.

Once I have one—and only one!— beginner resource, I use that resource alone for the first two to three months of my learning. You can do the same with Assimil, or any other book-based language course.

This kind of focus is important. You shouldn’t see a beginner book as something to idly leaf through, but rather as a foundation upon which you will build your future language skills.

This fundamental difference allows me to grasp and absorb the fundamental structure of any language, as is currently happening with Danish.

Having a good Danish resource to start with is just one piece of the puzzle.

Next, I needed to figure out when I would actually have time to learn Danish!

This is the part of the process that usually changes a bit with every new language I learn. My old “focus languages” must move on to become maintenance languages, and my new focus language must find its rightful place in the schedule. I also have new commitments and priorities that need to be accounted for, as well.

Danish right now is my top language learning priority, so I give it a place of honor atop my schedule—it’s what I do every day, first thing in the morning.

I do my Danish visualization, open my computer (for audio), crack open my copy of Assimil, and I work through it for half an hour.

For me, language learning works best in the mornings because as the first thing I do daily, it’s a hard task to forget. I also keep my Assimil book right on my desktop, so that I can’t ignore it, even if I wanted to.

What does this mean for your Danish learning?

Simple! Find the ideal learning time for you, and organize your schedule and your surroundings so that learning Danish happens reflexively, before you can even talk yourself out of it.

Staying Flexible Where it Counts

So far, I’ve shared some of the non-negotiable parts of my language process that are part of my Danish learning, including

You may wonder if the rest of my language learning is so strict.

You can breathe easy, though, because the truth is quite the opposite. I make a serious effort to keep my learning flexible and adaptable to changing circumstances.

Some days I have more energy; other days less.

Some days I have more time; other days less.

Some days I’m more or less distracted, focused, motivated, discouraged...you name it, it can vary in my day-to-day life, just as it can in yours.

So how do I handle it?

I simply stay flexible and do what I can.

Life is too short to beat yourself up over missing a little bit of Danish study.

Even if you miss a day, that’s okay! Just don’t miss two days.

Remember to do what you can, and you—and your Danish skills—will be just fine.

Let’s Learn Danish Side by Side 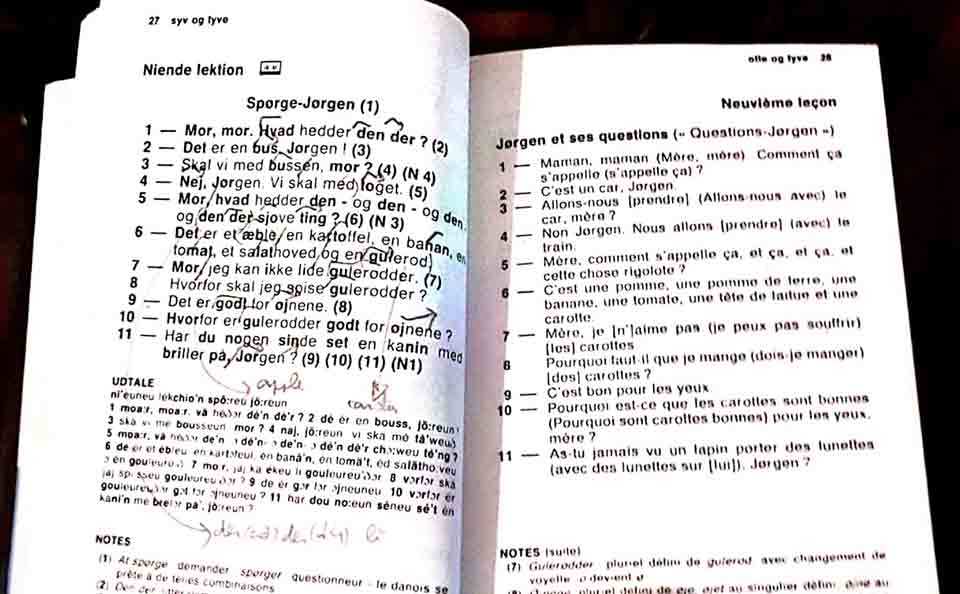 While this story started for the love of a Danish girl, I’m here today thanks to my love of something else—adventure!

Danish represents a new frontier for me. It brings with it new challenges, opportunities, and even a new twist on Swedish, a language I already know.

For me, Danish is also a chance to strengthen my learning process, and revise it in novel and interesting ways. To find out what works, and doesn’t work, so that I can make learning Danish my most successful language experience yet.

If you’d like to follow along with me on my Danish journey, I’ve prepared something special: a direct link to my personal Danish learning logbook.

Visit the logbook here. If you like what you see, don’t forget to leave a note in the comment section below this article!