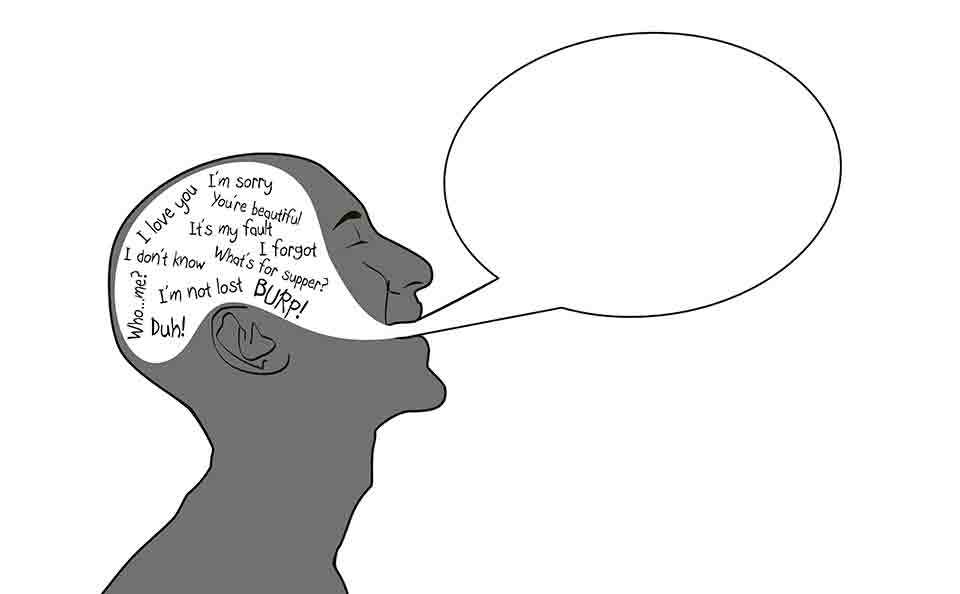 If there's one thing no two language learners can agree on, it's this question: what does fluency really mean?

If you say that a language learner is fluent in his or her target language, it doesn’t communicate much useful information. From the use of the word, we understand that the learner is skilled, but exactly how skilled is up for debate.

For example, fluency doesn’t help you answer the following questions:

How many words does a fluent person know?

Is a fluent person equally skilled in all major language skills (speaking, writing, listening, and reading)?

How long does it take to become fluent?

There is no single, agreed-upon answer to any of these questions. For this reason alone, the word causes a lot of confusion and miscommunication within the language learning community as a whole.

This confusion has lead to the spread of a lot of myths about what fluency is and is not.

So, I can't give one definition of fluency and prove that it's the right one. That's impossible. All I can do is dispel the major myths of fluency one by one, and share with you my own definition of language fluency.

Not only that, but I’ll teach you how you can reach that kind of fluency yourself!

One last thing: before we dive in, I want to make it clear that in this article, I will be talking about speaking fluency, and not fluency in reading, writing, or listening.

On to the myths!

Myth 1. Fluency Is About How Many Words You Know 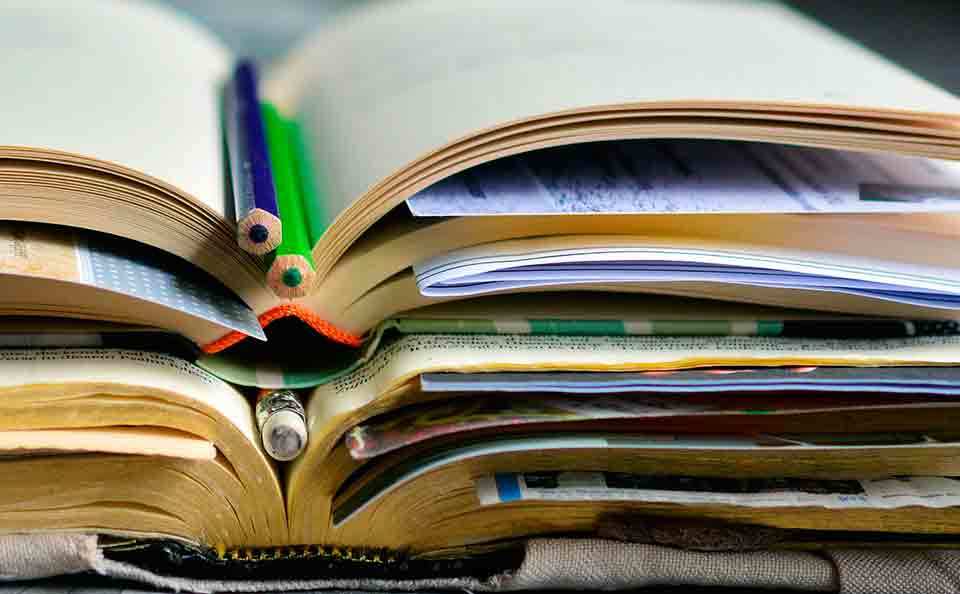 A few years ago, I published a YouTube video in which I spoke Russian in Russia with Sergej, the organizer of a language conference I had been invited to.

Like any other video, the comments were a mix of encouragement and constructive criticism.

I had forgotten the Russian word for "mixture" ("смесь"), and the commenter claimed that since I did not know that word, I was not fluent in Russian.

By that logic, despite the fact that I had an entire back-and-forth conversation in Russian for several minutes, the lack of one little word meant that my Russian was substandard.

Look at the word heart in English, for example.

There are a massive number of words and expressions that involve the concept of the heart, all with slightly different meanings and ways to be used.

These expressions are frequently used by native speakers; despite that, knowing just the word “heart” alone will probably not help you understand them.

To understand these expressions, you need to go deeper, and examine the situations in which they are used. Each phrase is unique, and relates to the word “heart” in its own way.

Fluency expands to concepts and contexts beyond individual words, to create a “constellation” of elements that nuanced, fluent speakers of a language need to be familiar with.

Knowing the relationships between vast networks of words and expressions is what truly creates meaning. Individual words do matter, but the ability to connect concepts and meanings like a native speaker is what matters most.

Myth 2. You're Either Fluent, or You're Not

Fluency is often treated as a sort of “finish line” that certain language learners cross. Before your toes cross that line and you break that tape...sorry, you can’t call yourself a fluent speaker of the language.

This definition of fluency poses an interesting question: if there's a finish line to fluency, where is it? Who can wear the winner's blue ribbon and proudly declare "I'm fluent!"

The adult clearly has more language experience than the child. Does that make the child not fluent?

Intriguing questions which this myth has no answer for.

Personally, when I think of the language skills of the child and the adult, I don't see a line that one has crossed, and the other hasn't. They're both native speakers, so they're both fluent; however, they're at different points along the spectrum of fluency.

Fluency isn't all-or-nothing. All native speakers are fluent, but to different degrees of fluency.

Children and adults alike both have the capacity to move their muscles in a goal-oriented way. However, the motor skills of adults are much more finely tuned, and so can achieve much more than those of a child can.

Both individual have motor skills, but with different levels of proficiency.

You can be fluent with what you have at each individual stage; however, what you’re ultimately capable of varies greatly from one stage to the next.

Being a native speaker does not mean that you know the language perfectly.

Here's a question for you native English speakers out there:

Do you know what the word lachrymose means?

What about indefatigable, abscond, ostensible,  or demagogue?

There's a high likelihood there's a word in that sentence you don't know the meaning of, despite the fact that you're a native speaker of English.

In fact, most native speakers hardly scratch the surface of their own language over a lifetime.

For example, the second edition of the Oxford English dictionary contained 171,476 words that were considered to be 'in current use' as of 1989.

According to the American publication The Economist, most adult native speakers know 20,000-35,000 words. That means that an English speaker, in his or her lifetime, learns only about 11-20% of the words in the language. These statistics generally hold for other languages as well.

What does this mean? It means that if you could take a comprehensive exam on your knowledge of your own native language, you'd fail. Everyone would, without exception. Human experience is too vast to allow for every word in a language to be useful or necessary for one person.

And yet we all have an automatic assumption that native speakers are fluent. This must mean that fluency is not based on what you know, but something else.

Myth 4. All Non-native Speakers Learn in the Same Way 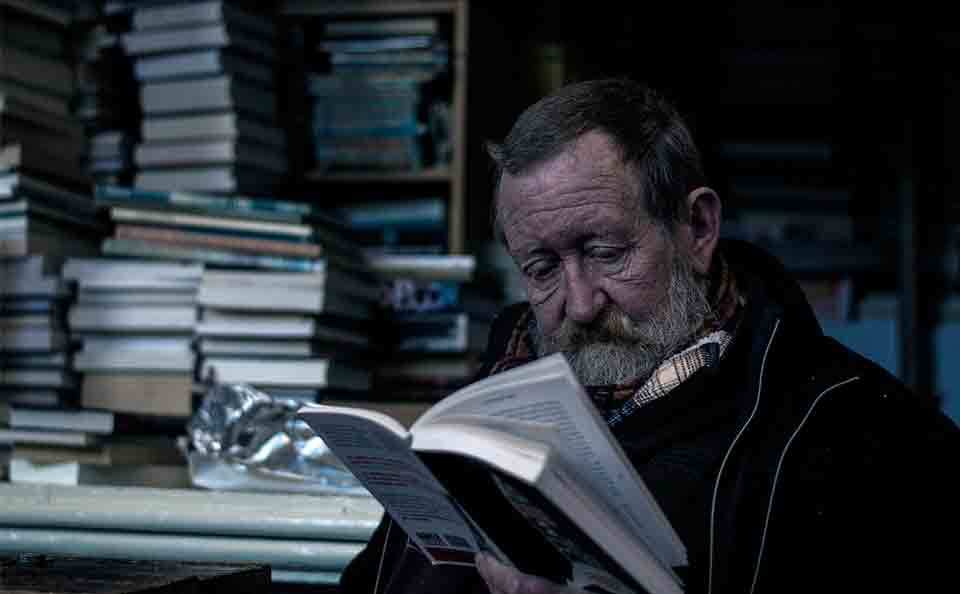 Non-native speakers (that is, language learners, just like you) are victims of a similar myth to the one above.

There is a belief that language learners follow the same linear path of growth, at least at the beginning of their studies. The belief that, if you pick any two learners off the street, there's a certain quantity of vocabulary and grammar knowledge that they can definitely have in common.

This "common knowledge" generally consists of the types of things that are taught in beginner textbooks and courses:

Additionally, all of these are the types of things that native speakers know equally well. They're the words and concepts we learn the most as children, so we assume that people who learn our language should know them well, too.

But that's the problem; it's unreasonable to automatically assume that learners have any knowledge in common because unlike native-speaking children, who need to grow up in a common education system with set rules, non-native speakers can learn whatever parts of a language they want, for whatever reason they want.

This is why you have English learners who can't hold a conversation but know an extensive quantity of curse words in the language.

Or why a store owner in a Spanish-speaking part of the U.S. can make a sale in the language, but otherwise have no useful knowledge of how to speak it.

Or even why so many people know how to count to ten in a variety of languages, but know literally nothing else.

Each non-native speaker of a language follows a unique pathway through the language. Some take a short and shallow path. Others take a long, deep, and winding path. Each path is equally valid, but incredibly different.

Language learners have much more freedom than natives in that they can pick and choose what parts of the language they use from the very beginning. This is great from the perspective of the learner, but confusing from the perspective of a native speaker, who may be wondering how and why a fluent Russian learner could forget the word "смесь".

The words and phrases you master as a learner can and will vary greatly from any other learner. They will depend primarily on factors like:

Myth 5. Fluency is Just About How You Speak

People tend to think that fluency is just about how well you can use words, phrases, and grammar structures to express yourself in a language.

While this is a huge contributing factor to fluency, there are other types of fluency that can impact how effective you are when having a conversation.

The most important of these secondary types of fluency is cultural fluency.

Cultural fluency is how familiar you are with the social rules, beliefs, customs, and cultural byproducts of the people who speak the language you are learning.

Cultural fluency is important because it can have a heavy impact on how you are perceived by natives, and how well you are able to connect with them.

For example, you can learn as much Japanese as you'd like, but if you consistently use the wrong politeness level or honorifics, you will offend people. In a way, you cease to be fluent because you can't smoothly interact with natives, despite the fact that you know a lot of language.

Another type of secondary fluency is what I call physical fluency.

Though conversational language is primarily spoken, it is supported by other types of non-verbal language. For example, your facial expressions, hand gestures, and body movements all constitute what is known as "body language", and can be used to convey important information in conversation.

Let me give you an example that's close to my heart: Italian body language!

Italians are famous for using their hands when speaking. There are all sorts of hand gestures used for expressing certain ideas, situations, and emotions.

When speaking the Italian language, there's an automatic expectation that the spoken words will be accompanied by the appropriate gestures and facial expressions. Otherwise, just like in the Japanese example, you'll be perceived as slightly "off", and you won't fit in as well.

I've given you five myths on fluency, and I've debunked each one, point by point.

Let me finish this article by offering you not a myth, but a truth—what I personally believe to be the true definition of language fluency.

In my opinion, speaking fluency is:

The linguistic ability, combined with cultural awareness, to smoothly and confidently interact with native speakers in a meaningful way

​It's not a definition you'll find in a dictionary. It's not something you'll find written in a scientific journal. But it is an idea that, through almost thirty years of learning, coaching, and living through languages, I've found to be true, time and time again.

It is my hope that after reading this article, you begin to believe it, too.