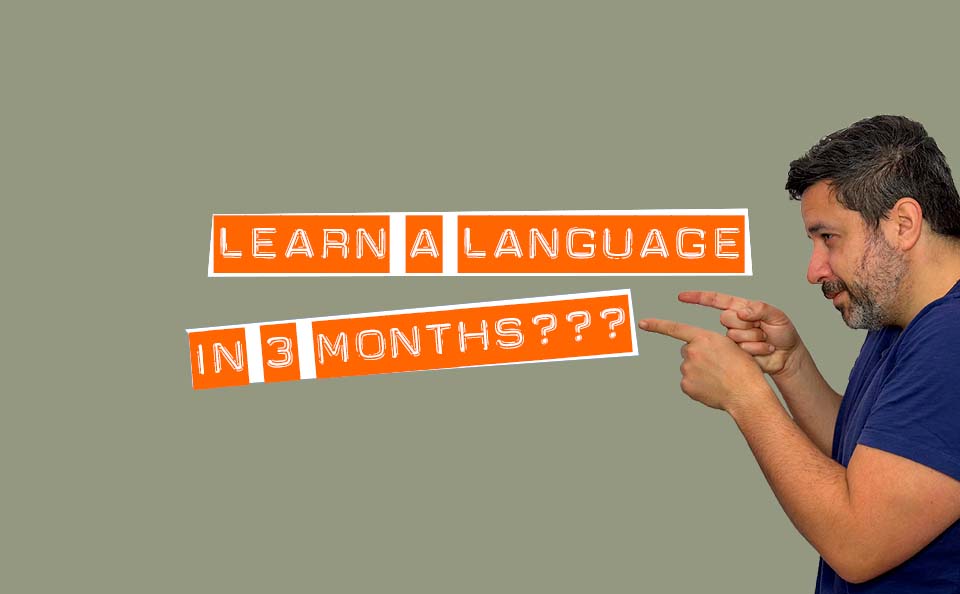 How often do you dream of being fluent in a new language?

Really visualizing yourself in that country, impressing people with your language skills and feeling confident.

But then you wake up and reality hits you. You realize learning a language is not like taking a “Limitless” pill.

I mean, it sounds too good to be true, but somewhere deep inside you hope it is.

Well, after all sorts of learning experiments, some claim they were able to learn a language to fluency in half a year, 3 months, 7 days, or even 24 hours!

We can all agree that fluency in a day or a week is quite unrealistic. But how about 3 months? Is it possible to learn a language in 3 months? Or is it just another Internet myth?

If you’re already familiar with the CEFR levels and what they stand for, you can skip to “The Not-so-Harsh Truth about the Learning a Language in 3 Months”

Not entirely, since there's some truth to it. But that truth comes with a lot of qualifiers, and a lot of caveats. First, it's impossible to determine if someone has "reached fluency" until you define what "fluency" actually is.

And since "fluency" is an incredibly vague word, with no universally agreed-upon definition, everyone within the online language learning community seems to define "fluent" in different ways. Because of this, when someone tells me “I want to be fluent in Russian in 3 months,” I have no idea what they're actually aiming to accomplish.

"Fluency" here could mean anything from "basic conversational skills" to "sounding like an educated native speaker", and everything in between. That's a massive range in skill levels, and only a few of those are remotely feasible in a 90-day period.

So to determine if it's possible to reach fluency in 3 months, we need to settle on a definition of "fluency”, and go from there.

To me, being fluent means being comfortable in expressing yourself in most situations, as well as comfortably understanding what is being said to you.

In short, I believe fluency is about familiarity and comfort with a language.

What Fluency is NOT

Fluency does not mean speaking perfectly like a native. Nor does it mean understanding everything you read or hear. At least to me.

That right there is a significant departure from the concept of fluency held by a lot of people, particularly non-language learners. It's not uncommon to hear people use "perfectly" and "fluently" interchangeably when talking about someone else's language skills.

To make my definition of fluency even more concrete, let’s use the most objective set of standards used by language learners and professionals all over the world: the Common European Framework of Reference for Languages, or CEFR for short.

Put simply, the CEFR is a set of guidelines for describing achievement and ability in language learners.

There are 6 "reference levels" that describe the full range of skill levels in a foreign language. From lowest to highest, these levels are A1, A2, B1, B2, C1, and C2.

For now, though, I’ll just touch upon the B2 level, which is the CEFR level that I believe most accurately corresponds to my definition of fluency.

According to the Council of Europe, a language learner able to speak at a B2 level:

That, in a nutshell, is what fluency means to me. A comfortable level of language skill that corresponds to a B2 on the CEFR. So, with that in mind, let's take another shot at answering our key question:

Is it possible to reach fluency in 3 months? 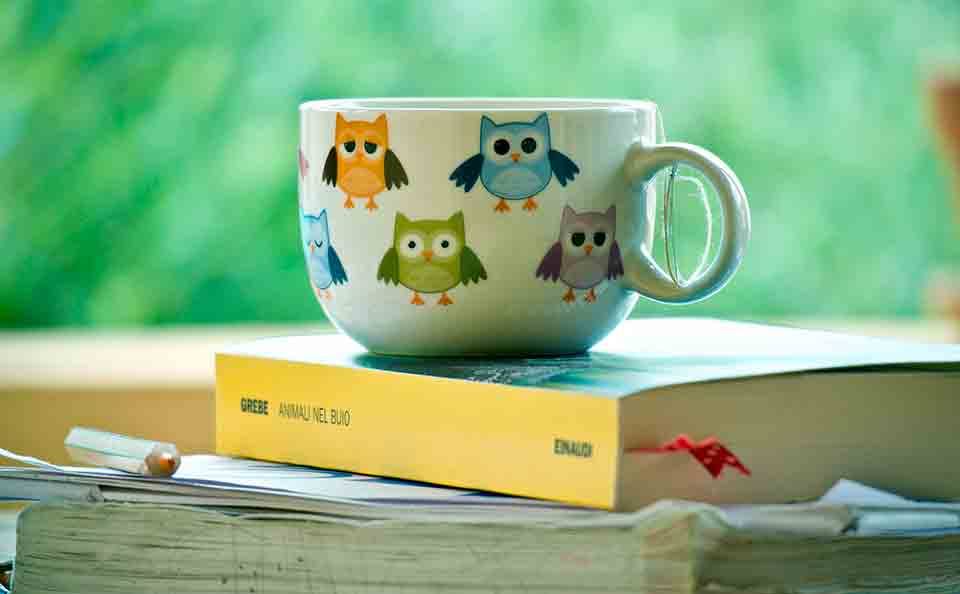 I'll start with the bad news: no, it's not possible to reach fluency (again, a B2 level) in 3 months. I've met a lot of language learners in my life, and I've never met anyone who has managed to become fluent in that time period.

What about the good news?

Well the good news is that even though I believe it's impossible to become fluent in 3 months - no matter the language - it is certainly possible to make a lot of progress TOWARDS fluency in that time period!

Believe me, I've met many, many people who managed to learn a heck of a lot of language in a 3-month time span. More than you can imagine, in fact! And at the end of those 3 months, those same people were well-poised to make a solid push towards fluency in the coming months, or years.

So while I don't believe fluency is a worthwhile target in 3 months, I certainly believe it's worthwhile to learn as much as you can in that same time period.

But knowing we can’t reach fluency in 3 months leads us to a different question.

How much CAN you learn in 3 months?

The answer lies at the level just below B2, which is called B1.

According to the CEFR, the B1 is the first level where a learner can be considered an "independent user" of the language. I like to refer to this level of skill as "conversational fluency" - you're not fully fluent yet, but you're comfortable enough to speak and interact with others in a relatively smooth way, on a variety of common, everyday topics.

Someone at a B1 level:

I believe such a level is entirely attainable by most dedicated language learners, so long as 3 conditions are met:

Let's talk about each of these a little more in depth:

Three months is a little over 90 days. That might sound like a lot of time to get things done, but if you're an absolute beginner who wants to make a serious push towards a B1 level, then you're going to have to devote a huge chunk of that time to language learning, each and every day.

So, how many hours a day should you study a language?

To reach your three-month goal, you'll have to spend anywhere from 3 to 8 hours a day learning. That's practically a full-time job! If you don't have that amount of time to devote to your target language during those 3 months, it's simply not going to happen.

The "distance" between your native and target language

Your ability to quickly reach B1 in your target language will greatly depend on how similar (or how different) that language is from your mother tongue.

If the two languages are similar (like, say, English and Dutch), then great! Reaching B1 in three months is actually quite a reasonable goal for you.

But if the two languages are very different (like, for example, English and Japanese), even reaching a B1 is unlikely to happen in 3 months.

Let's make these examples a bit more concrete by taking one sentence, and translating it across each of these languages.

At a glance, it's possible to determine that English and Dutch share similar vocabulary:

“I heard that: ik hoorde dat” / “I want to live there vs Ik wil daar leven”

Let's now move on to our more "distant" pair of languages, English and Japanese:

Looking at the word order, the differences stand out right away. Translated word-by-word, the Japanese sentence literally means:

“Amsterdam fantastic city to be I heard. I there live want to”.

If you're an English speaker who wants to learn Japanese, reaching even a B1 level is going to take you much, much longer than 90 days. It can be done, for sure, but the time investment is typically on the scale of a year or more, rather than a few months. 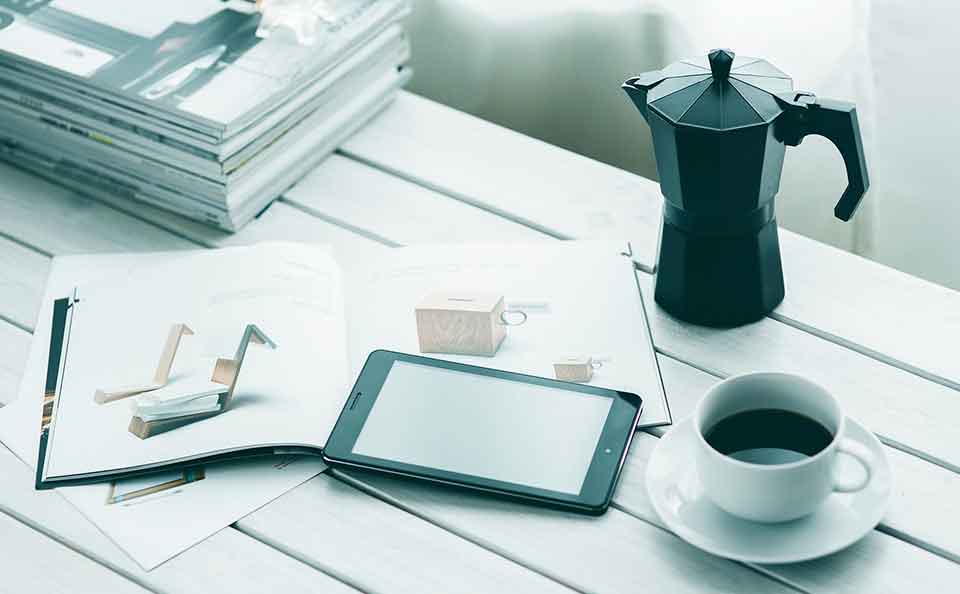 As with any skill, language learning is something you get better at with time and experience. If you've never learned a language before, it might take you months or years to reach a B1 level in your first new language, but with every subsequent language after that, things get easier and easier.

For that reason, an experienced language learner will be much more likely to reach conversational fluency in 3 months than a complete newbie would. If you know what works, you can start applying it right away, and that leads to less wasted time overall.

Other aspects of your life can make it easier or harder to learn languages too. In an earlier example, I mentioned that you need to do a lot of daily learning to even hope to be able to reach B1 in three months. A person with a busy work or family life probably won't be able to attempt that.

And then there's the matter of having access to the language you're learning. If you're in a place where it's difficult to find natives to practice with and good materials to learn from, then the task of reaching conversational fluency becomes way, way harder than it would otherwise be.

On the other hand, if you're literally IN a country where that language is the dominant language, things suddenly become a lot more manageable, even in short time frames.

Let's do a quick recap of what we talked about:

Now that you understand some of the factors that influence how fast a language can be learned, you'll be better equipped to look at your life and your target language and determine what kind of language goals are most reasonable for you.