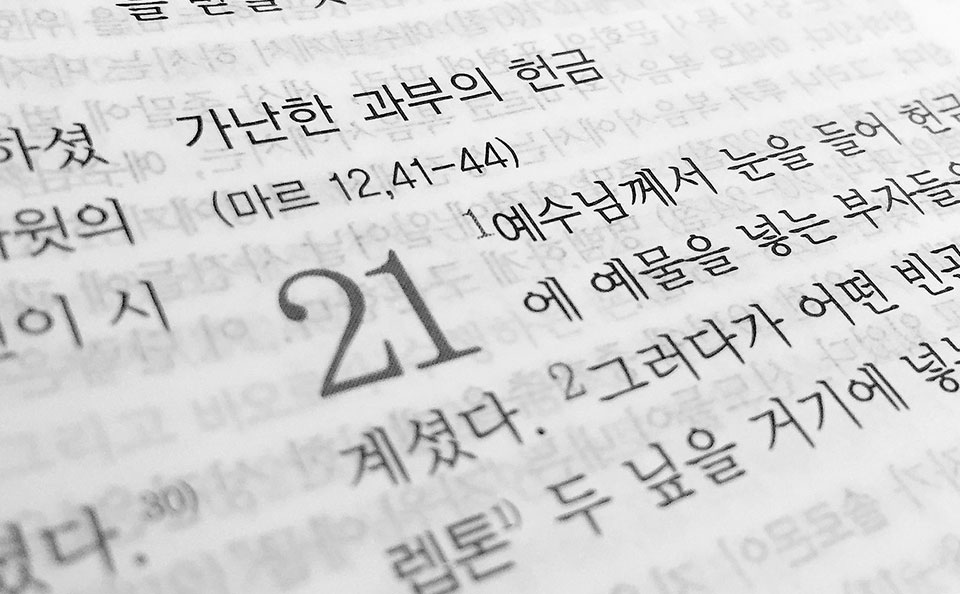 From an outside perspective, there's one thing about the major languages of east Asia that stands out sharply from the rest: their writing systems.

While much of the western world relies on the twenty-plus letters of the Latin alphabet, China, Japan, and Korea are different—China uses a collection of thousands of drawing-like glyphs, Japan uses those same glyphs and supplements them with two syllabaries, and Korea uses a different system entirely.

If you're set on learning Korean, you may be worried that the journey to learning the Korean writing system could be similar to what Chinese and Japanese learners have to face: years and years of memorizing the meanings and stroke order of Chinese characters just to reach the reading level of a small child.

If that's you, then I've got great news: learning Korean 한글 (hangul), shouldn't take you or anyone else years to accomplish.

In fact, it shouldn't even take you hours.

I'm not kidding. Even at the slowest possible pace, basic literacy in Korean is achievable in a few sittings, even less if you're motivated.

In this article, I'm going to lay out a roadmap that you can use to learn the Korean writing system today, even if you don't know a word of Korean. I'm not going to teach it to you outright, but rather I'll lead you through the tools and resources that will help you get the job done quicker than even you think is possible. 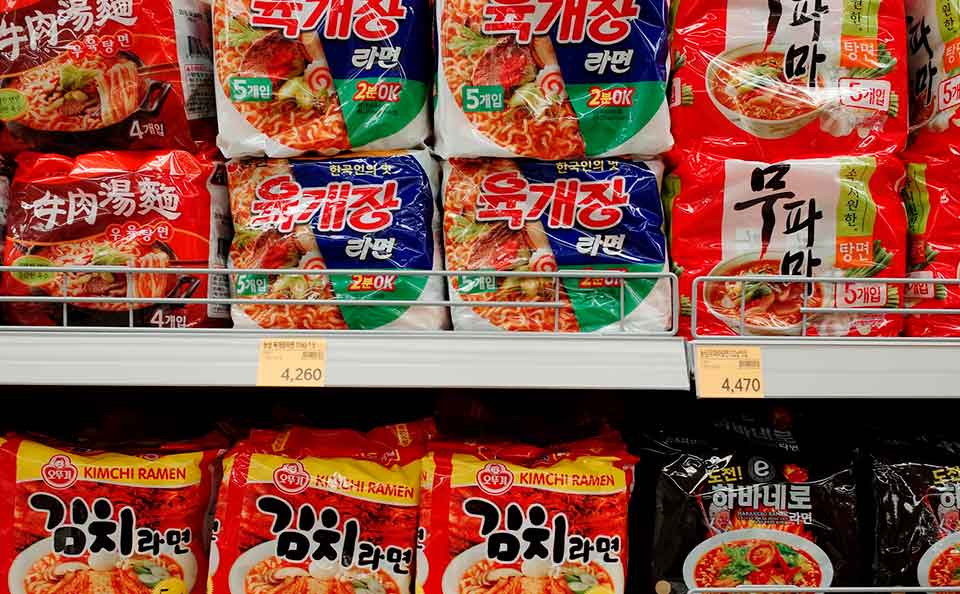 When learning the Korean writing system, the best place to begin is with the easiest of the easy: the vowels.

All Korean vowels are written as a combination of three possible components:

That short list of components makes up every vowel in the language.

Don't worry about what sounds these symbols make for now. You'll get to that later, in the videos. Just focus on how each symbol is made up of only the components listed above.

For those symbols which contain a dash, adding a second dash adds something called a glide  (roughly a "y" sound, for English speakers) to the beginning of the original vowel.

You can even take the pure vowels from the first set and combine their symbols together, creating diphthongs, or a single sound that is a merging of two vowels:

So that's it. That's literally all the symbols for vowels and vowel-like sounds used in modern Korean. Twenty "letters" that are just recombinations of three types of lines.

Things get even easier when you associate each symbol with its correct sound. For example, if you know that "ㅏ" makes an "ah" sound like in "father", then you'll quickly learn that adding a second dash to the letter (ㅑ) makes a "yah" sound, like in "yard".

Here are two short videos that will walk you through the pronunciation of all of the vowel symbols described above:

Let me lead you through the symbols you will encounter for Korean consonants. Again, don't worry about the sounds for now. Just focus on the pieces, and how different elements can be added to a symbol to change the sound.

First off, there are 9 shapes that make up the basic consonants:

Like vowels, these consonant shapes can be combined in interesting ways to create variant consonants, all related to the sound of the initial consonant above.

For example, some of these consonants can be "doubled", creating a tense sound. These are often referred to as "double consonants".

Adding one (or more) lines to several of these symbols creates aspirated versions of these consonants, which are simply the same consonants accompanied by more air flow out of the mouth when pronounced.

And there you have it. With those 19 shapes, you've learned all of the consonants used in the modern Korean language.

Here's a video that will lead you through pairing each symbol with its equivalent sound: 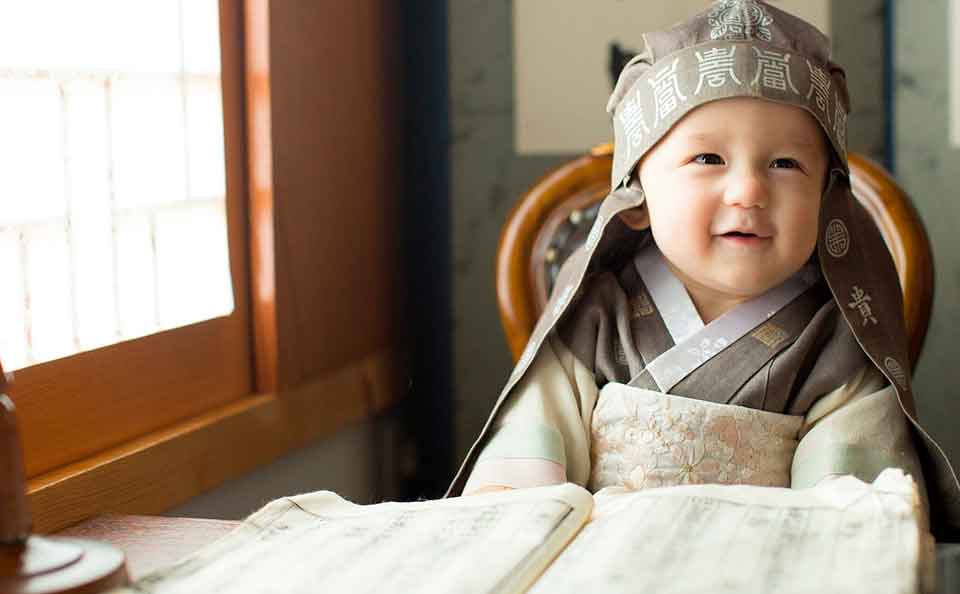 Now that you've been introduced to all of the Korean consonant and vowel symbols, we can learn one of the most interesting aspects of the Korean writing system: how the symbols fit together.

You see, Korean hangul doesn't work like most alphabets or even character systems.

Most writing systems construct words by simply placing the letters or characters next to one another.

For example, to convey the word "cat" in English, we take the letters "C", "A", and "T". and simply place them one after another in sequence.

Korean is a little different, in that the "letters" are not written in sequence, but rather organized into syllable blocks.

Take the name of the writing system itself, hangul:

These are the symbols that comprise the word in Korean:

However, you can't write ㅎㅏㄴㄱㅡㄹ all in a row and call it a day. That doesn't work at all.

Instead, Korean symbols within words are grouped into "syllable blocks". The symbols that make a syllable in Korean are grouped into a roughly square-like shape, and ordered from left to right, and top to bottom.

So, taken syllable by syllable, hangul goes from:

Then, once the proper syllable blocks have been constructed, you put them next to one another, just as you would English letters.

One important exception to syllable-block building  that I have yet to mention: If a syllable in a word is meant to contain only a vowel sound, that written syllable needs to start with a "ㅇ" symbol, which is known in this case as a "null consonant".

So, a syllable containing literally only the "ah" vowel in "father" needs to be written "아", and not "ㅏ".

Once you know the individual symbols for vowels and consonants, in addition to how they are organized into syllable blocks, it's time to practice reading simple syllable blocks, consisting of only one consonant and one vowel.

Fortunately, this is how young Korean children begin to learn to read, so there are ample resources to help you learn these quickly.

I recommend starting with a chart similar to the alphabet chart that is used to teach English speaking children their ABCs.

The only difference here is that instead of your ABCs, you'll be learning your 가나다라마바사.

You start with a chart like the one below, and use it to memorize the sounds of all of the simple consonant-vowel combinations.

If you'd like, you can even learn the simple syllables through song, as in this video:

Unlike languages such as Japanese, Korean syllables aren't all limited to simple consonant + vowel (CV) pairs.

When written, these syllables look a bit more crowded than their CV counterparts, so you'll need to pay special attention to the left to right, top to bottom rules that are followed when making these syllable blocks.

For example, here is the word for horse (“mal”):

Unfortunately, this is where pronunciation can get a little extra tricky, as well.

Consonants that follow vowels in a syllable block are known in Korean as 받침 ("batchim") or "final consonants". While the pronunciation of these consonants generally remains the same as you've learned, there are frequent exceptions where a syllable-final consonant will be pronounced differently than usual.

Here are a few videos that will lead you through the intricacies of 받침, or "final consonants":

Taking Your 한글 Skills to the Next Level

At this point, you've learned the following key aspects of 한글, the Korean writing system:

If you've spent (or will soon spend) a few hours learning and reviewing the information I've shared in the blog and linked videos, you can very seriously say that you've learned the Korean alphabet.

At minimum, you should be able to semi-reliably read (that is, sound out, not understand) any Korean word you come across.

However, your job as a Korean learner is not done yet. In reality, it is just the beginning.

Here are a couple of things you can work on for the future, as your Korean skills grow:

Though you can now recognize all of the letters in the Korean alphabet, you probably need a lot more practice pronouncing the Korean sounds that go with those letters.

Don't worry, this is quite normal. For English speakers (and speakers of most western languages), Korean pronunciation is usually the hardest part of the language learning process.

As always, hard does not mean impossible. You can master Korean sounds, just as I (and many other learners) have. It just takes time, dedication, and the right resources.

Here are a few to start with:

Now that you can read and recognize the symbols of the Korean alphabet, you'll probably want to use them to communicate through writing.

In that case, you can learn to handwrite Korean, type it on a computer, or both.

For handwriting, I recommend Hangul Master by Talk to Me in Korean, which will show you everything you need to write Korean symbols, including stroke order and different print/script styles.

For typing, there isn't a single resource that meets every need, but I recommend starting by downloading Go Billy Korean's free Korean typing game, called Hangul Attack.. From there, you can practice increasing your typing speed using an online tool like 10FastFingers.

Have you learned to read and write Korean? Share your experience in the comments!