How (and Why) I Learned German to Fluency 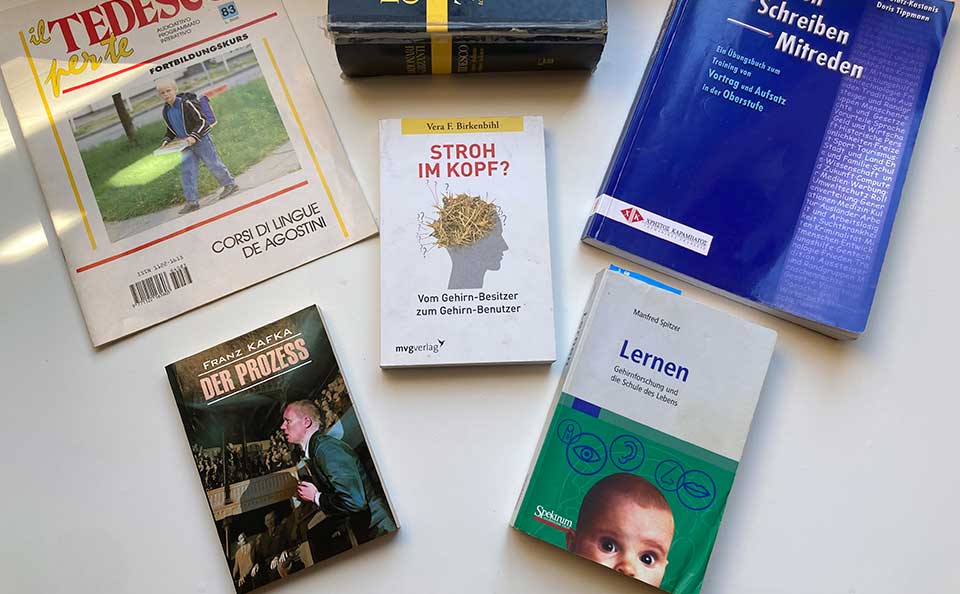 Though I’ve learned many languages throughout my life, I will always have a special place in my heart for the first language I ever tried to learn on my own:

That being said, it wasn’t my first foreign language experience. I studied both English and French in high school long before I ever settled it in my mind to try learning a language independently.

But when I did make that decision, German was my first and most obvious choice.

The attraction that I felt to the German language came mainly from my home life; my parents had a friend who spoke a bunch of languages, and whenever we were invited to dinner at this friend’s house, I heard a lot of stories about him and my father learning and speaking German.

I found it absolutely fascinating!

Getting Started with German

So, once I decided to learn German on my own, I had some choices to make—first and foremost, how would I learn?

I turned to the only German resource I had ever actually seen with my own eyes—a weathered, old grammar textbook that was gathering dust on one of my grandmother’s bookshelves. When my grandmother said I could indeed borrow the book, I was overjoyed!

However, that joy didn’t last very long; while that grammar book did give me some access to the German language, using it was not easy or enjoyable. In fact, learning with the book often felt like a punishment I was inflicting on myself.

The book was so old the print was in gothic letters. There were no dialogues, audio, or even images—just endless grammar explanations and exercises.

With that book, I had stumbled upon a way to learn that was even more frustrating than learning a language in school!

The Difference a Good Resource Can Make 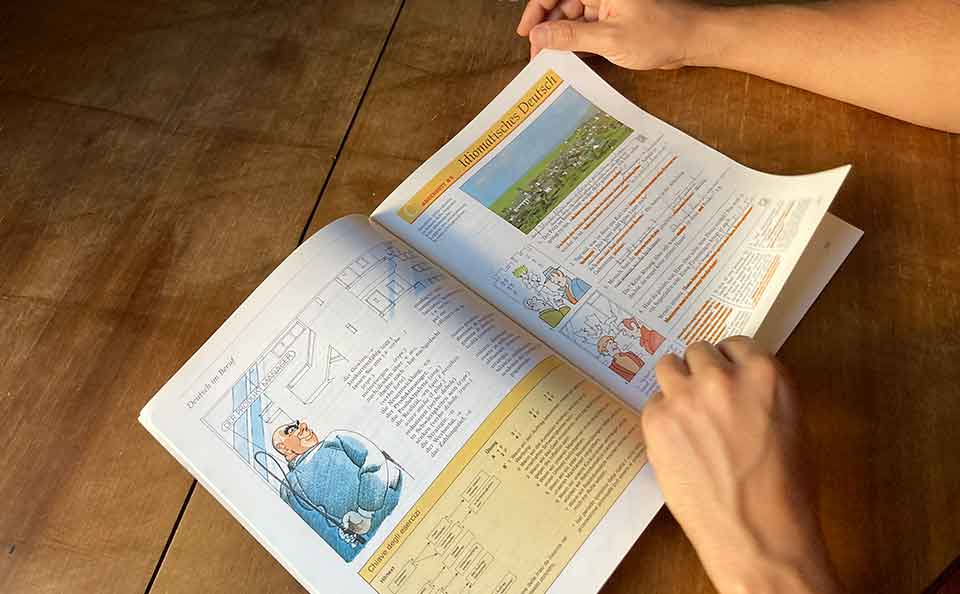 One day, though, my luck changed. As I was watching TV, I saw an advertisement for a course called “Il Tedesco Per Te” (“German for You”), by the Italian publisher De Agostini.

This course was everything that my grandmother’s German tome was not: it was new, colorful, and full of images and dialogues. And best of all, it came with audio, meaning I could finally listen and learn along with the sounds of authentic spoken German!

Naturally, I bought the course as soon as I could. It’s a good thing I did, too—if I had not found an alternative to the dusty German grammar, I probably would have given up learning German completely.

With “Il Tedesco per te”  in hand, however, my future was bright.

The Birth of Bidirectional Translation

My excitement at using the De Agostini course was so high back then that I can clearly remember getting home from school and ignoring my homework completely. All I did (and all I wanted to do) was learn more German. So that’s what I did, often for more than two hours each afternoon.

As I moved further and further through “Il Tedesco per te”, a slow change started to happen. I experimented with all of the various features of the course (audio, dialogues, etc), and tried to see if I could organize my learning routine in a way that helped me learn German faster and more efficiently.

Eventually, I realized that through a combination of listening, reading, and written translation, I had developed a learning system that was quite powerful; this system is what I now call my Bidirectional Translation Method, and it is what I still use to this day to learn any new language.

Speaking German for the First Time 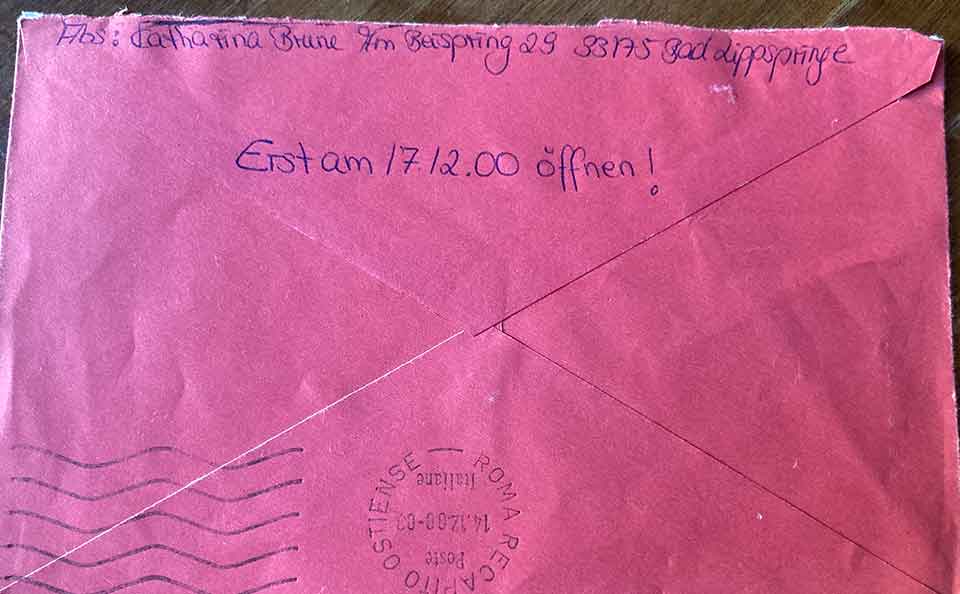 After I found “Il Tedesco per Te” and developed my Bidirectional Translation method, my German progress went through the roof.

Despite all that, though, I ended up learning German for almost two whole years before I had the chance to use the language with actual people for the first time.

It was at a summer camp in Sardinia. Despite being in Italy, the camp was full of lots of German camp-goers—and I mean A LOT.

Inevitably, I found an opportunity to speak German with these people. And though I was initially nervous about my abilities, the reaction I received was incredible!

Whenever I spoke to a new person in German, they were always so surprised and thrilled! “Wie kannst du so gut Deutsch?” - “why can you speak German so well” - they kept asking me. Apparently it was unusual for an Italian kid my age to be so enthusiastic about learning and practicing German outside of a school setting.

Of course, all of their surprised reactions motivated me to practice even more and work even harder with the aim of surprising even more people.

Thanks to all that, my German really started to flourish, and I rose to a comfortable level quite quickly.

The icing on the cake came later that summer when I met and fell in love with a German girl. If you think having conversations in a foreign language is a challenge, imagine what it’s like to exchange long, detailed love letters in one!

The Difficulties of Learning German

You may be reading all this and thinking that learning German was something that came easily and naturally to me.

While I’ve had plenty of successes along the way, there have been difficulties as well.

First of all, German is grammatically quite different from Italian.

For example, German has a grammatical feature called “cases” which cause certain words to change form depending on the role they play in the sentence.

I won’t go into too much detail here, but the words in bold here (definite and indefinite articles, respectively) communicate two things: the grammatical gender of the following noun, and the case (or role) that that noun takes in that sentence. And even the adjective (“groß” in the first example, “großen” in the second) has to change to accommodate the case as well.

Italian grammar, by contrast, doesn’t have cases, so learning to accurately create sentences like the ones above did occasionally cause me a bit of a headache.

Pronunciation, on the other hand, was a bit easier. German, like Italian, is mostly pronounced how it is written, so once I learned how the German sounds matched to the German/Latin letters, I didn’t have too much trouble—though I remember struggling occasionally with the “glottal stop” that occurs between German words.

Speaking of German words, one of most interesting things about them (from my perspective) was that they could be SO long.

German is quite fond of what are called “compound words”, which are words formed by putting two or more existing words together in a row. My native Italian does occasionally use compound words, but not anywhere near as often as they are used in German.

Here are a few examples, to show you what I mean, along with their English translations:

Beyond tricky grammar and the occasional indecipherable compound word, I’d say that the most difficult part of the German language has to be its syntax.

In German, the word order can change in ways that seem quite strange, even to speakers of other European languages.

For example, in German, you don’t say:

“I think that Berlin is a cool city”

While most languages would have the verb “to be” (“ist” in this case) between “Berlin” and “a cool city”, German actually requires the verb to go all the way at the end. This means that the correct form of the sentence is:

Perhaps even more confusingly, this “verb at the end” word order isn’t required in every sentence. Instead, it is used for more complex sentences and in a number of special occasions.

If you’re unfamiliar with German, all of the above difficulties may seem intimidating.

But here’s the thing: any language has its quirks and idiosyncrasies. If you have a passion for the German language and you’re learning it with a method that works well for you, all of these challenges eventually become irrelevant. If you learn every day, with focus and passion, these difficulties will not stop you, just as I did not let them stop me.

Learning to Live Through German 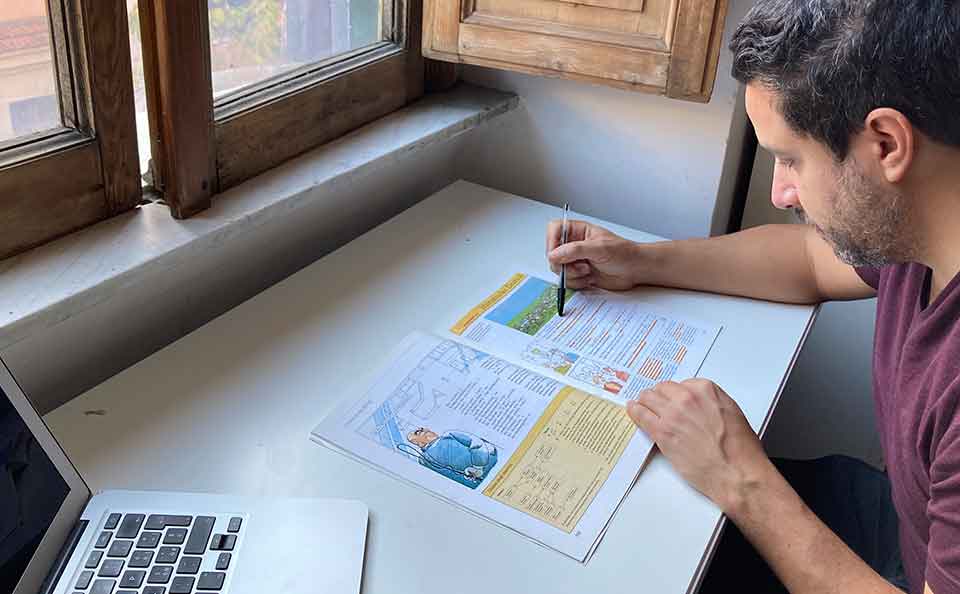 Though German continues to be an important part of my life to this very day, there’s one last turning point that I’d like to share here:

In 2012, shortly after passing the Goethe Institute’s infamous C2 exam for the German language, I signed up for a Conference Interpreting school.

In case you’re unfamiliar, conference interpreters need to have a very, very high level of listening skill to be able to do their jobs, so I knew back then that if I wanted to do conference interpreting for German, I would have to work extremely hard to perfect my skills.

This led to a period of my life in which I spent countless hours living through and immersing in the German language, even though I didn’t even live in Germany at the time.

Every single day I listened to the news, podcasts, and the radio, and also read books (affiliate), magazines and news articles. I even spent a lot of time watching “Tatort”, which is a TV crime drama every German knows. On the personal side of things, I also continued to meet and make friends with German native speakers, which helped me learn cultural details and colloquial expressions that would never have learned from a language course or dictionary.

Building these habits with German really helped me gain a deeper connection to the German people, culture, and language. That being said, learning German has truly been one of the most transformative linguistic experiences of my life.

So that’s my story about how and why I learned German. These are just the highlights of course—the full story of my 20+ years learning German certainly couldn’t fit here—but I hope that I’ve shared enough to inspire you and show you how learning the language can be incredibly rewarding and incredibly transformational.

Have you ever learned German, or thought about learning it? What motivated you? What was your journey like?

If you can, please take a moment to let me know in the comments below. I’m always fascinated to learn more about the journeys people take with their languages—and who knows? Your story could inspire someone as well!