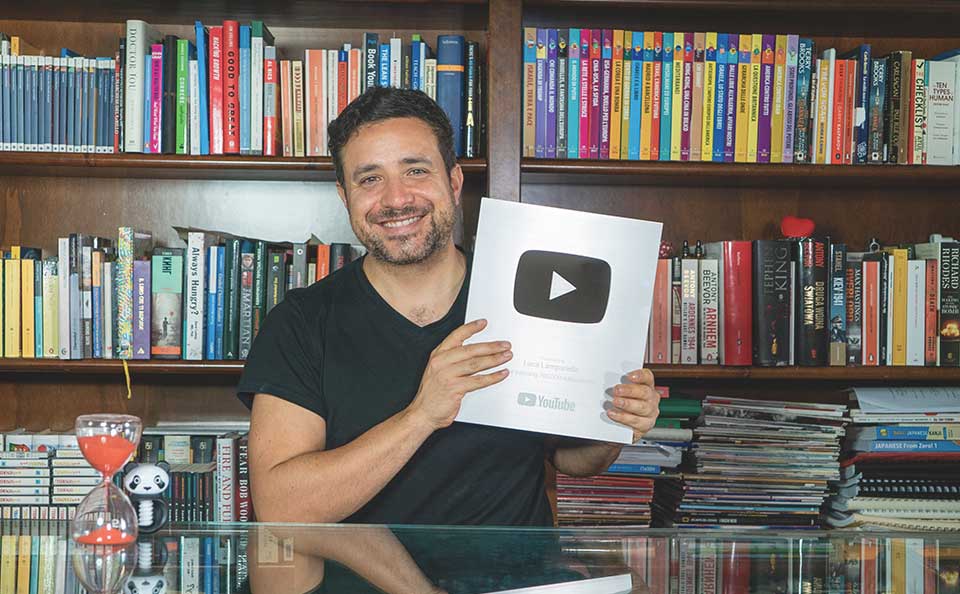 I was in Spain for my Erasmus exchange program. I had spent five months there so far, and final exams were just about to start.

I had just started using YouTube for the very first time, though the popular video platform had already been out for a few years.

My main interest in YouTube was language videos. I searched all over for clips that showcased people with exceptional language abilities.

One video in particular caught my eye. It was of a man by the name of Stu Jay Raj. He was being interviewed on Thai television, and the TV presenters were raving about his extensive language skills.

At the time, Stu had several videos of himself speaking many languages. This intrigued me, because I, too, could speak many languages. I had just never thought anyone would be interested in watching me share my skills and I was even thinking about quitting altogether for other reasons.

Stu seemed like such a nice guy, and from the comments I read it really seemed like his videos really inspired people to learn languages. Considering that I had a similar skillset, I wondered if I could make videos that had a positive impact on people as well.

So, I decided right then and there to make a video and post it on YouTube. I had never done this before, so I had scarcely any idea where to start, or how to make a video that was interesting to people.

I just grabbed my camera, plopped it down on my balcony table, and started recording.

This video was the result:

How a Small Moment of Inspiration Can Change Your Life

Approximately six minutes and twenty-four seconds later, I had done it.

I had created my very first video, and uploaded it to YouTube for all to see.

Looking back, I’m very proud of that video, but it makes me cringe a bit as well. The video and audio quality were terrible (even for the time), and it’s strange to watch myself speak some of the languages I’ve gotten much better at in the years since.

Again, though, I’m mostly proud. It seems like a small accomplishment, but the truth is that that short video ended up having a huge impact on the course of my life. In fact, if I had never made that video, it’s unlikely you’d be reading this blog post today.

So in hindsight, I’m glad my 28-year-old self was naive and reckless enough to broadcast that video to the world at a moment’s notice. Because it really, truly, has made a massive difference in who I’ve become, and what I’ve decided to do with my life. 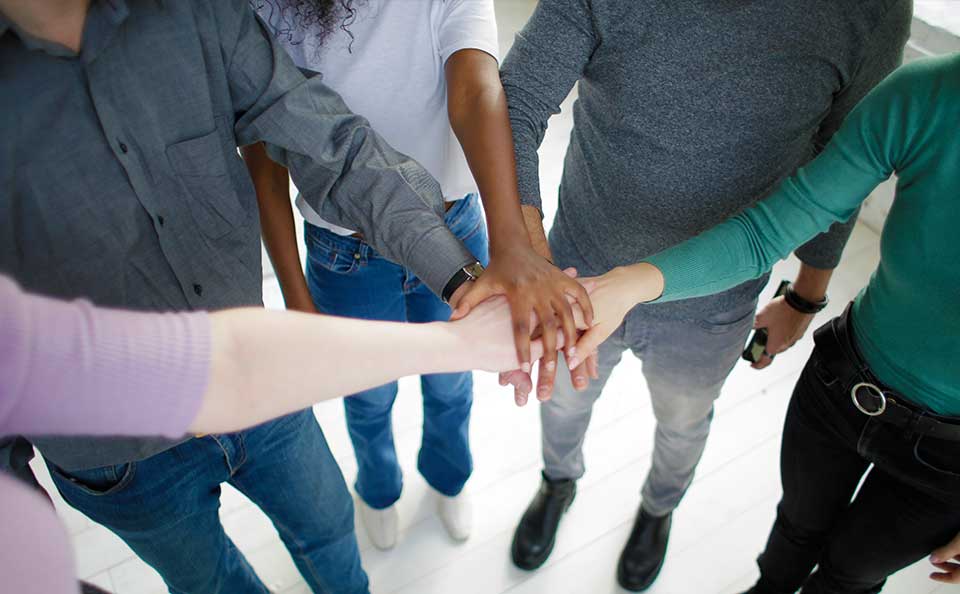 The response to that video was absolutely incredible. Message after message came flooding into my mailbox every day.

From people all around the world and from all walks of life.

From Buddhist monks and scholars, to high school students and businessmen.

Everyone had a story to share, a message to deliver, a question to ask.

All of a sudden, I was not just a lone Italian student studying in Barcelona. I was a citizen of a larger world.

Perhaps most surprisingly, publishing that single video led to my discovery of an entire group of polyglots just like myself. Among them, my first new friendship was with the world-famous polyglot Richard Simcott.

When I watched his now-iconic 16-language video, I could not believe my ears. It was incredible to see someone with such control and mastery of so many languages.

I immediately reached out to Richard, and we became friends fast. It wasn’t long before we were corresponding and video chatting every day, in all of our common languages.

Soon after, I also got to know many other polyglots as well, like Steve Kaufmann, the founder of LingQ (affiliate), Steve Kaufmann, Susanna Zaraysky, Professor Alexander Arguelles and more. With each new polyglot that I met, I was more inspired to continue my language learning, and become even better than I was before.

To Quit or Not to Quit? Finding My True Calling

After reading all of the above, you may be surprised to learn that my first contact with the wide world of polyglots came at a very vulnerable time in my language learning.

In fact, right before I found Stu Jay Raj’s video in 2008, I was about to give up on languages. I hadn’t learned any language actively for two years, and the last language I started was Russian, four years earlier.

Up to that point, language learning had only been a serious hobby.

My calling, as far as I knew at the time, was engineering. My father was an engineer, so I was told I had to follow in his footsteps and check of all of the usual boxes: get a cushy job, spend several decades of my life working, and then retire.

Though I’m sure that path could have been a secure and rewarding one, I knew in the back of my mind that it was not for me. I knew that somehow, if I followed that path, it would only lead to regret.

My true calling was elsewhere. I started feeling that in 2008, when I published that first YouTube video, but it became much clearer to me in January 2011, when an unexpected thing happened.

I had just graduated from university, and decided to move to Paris on a whim. At the time, I really didn’t know what I was going to do with my life.

One snowy day in January, I received a message. A message that would go on to change my life forever.

It was a message from a complete stranger; a Hungarian man by the name of Donat.

Donat had seen my videos, and he wanted to know if I could be his language coach. Specifically, he wanted me to help him learn Italian.

I had never thought of being a coach before, but when I saw the opportunity presented to me, I immediately took it.

Working with Donat showed me just how much I liked sharing my language knowledge with others, and using that knowledge to help people become expert language learners, too.

My clientele expanded rapidly, as well. While I had started with just Donat, I soon had over a dozen students, all learning various languages.

It wasn’t long before I knew that I had finally found my calling: language coaching.

A Heartfelt Thanks to You, My Readers

I’m sharing this story with you today simply to show how small moments of reckless inspiration can change your life forever.

I didn’t have to make that six-minute video back in 2008, but I did. I took a risk, and now, twelve years later, it has paid off in more ways than I can count.

Now I hope that somehow, my work here can spark a similar moment of inspiration in all of you. Maybe not to publish YouTube videos, but rather to take a leap of faith and start learning a language, perhaps for the first time.

As you can tell from this article, learning languages has had a massive impact on the course of my life, in ways even beyond what I’ve mentioned here.

I think that can happen for you too. And you don’t even have to become a polyglot to do it.

Just start by learning one language, like I did, and go from there.

Follow your language learning path, follow what makes you happy, and you’ll be amazed at what you can accomplish.

And of course, if you ever need language learning help along the way, I’ll be here. I am honored and privileged to be able to help those who watch my videos, read or listen to my articles, or take coaching sessions. I would not be where I am without each and every one of you.

And I thank you for that, from the bottom of my heart.

So let’s continue on this journey. Let’s grow through language learning, and change the world, together!