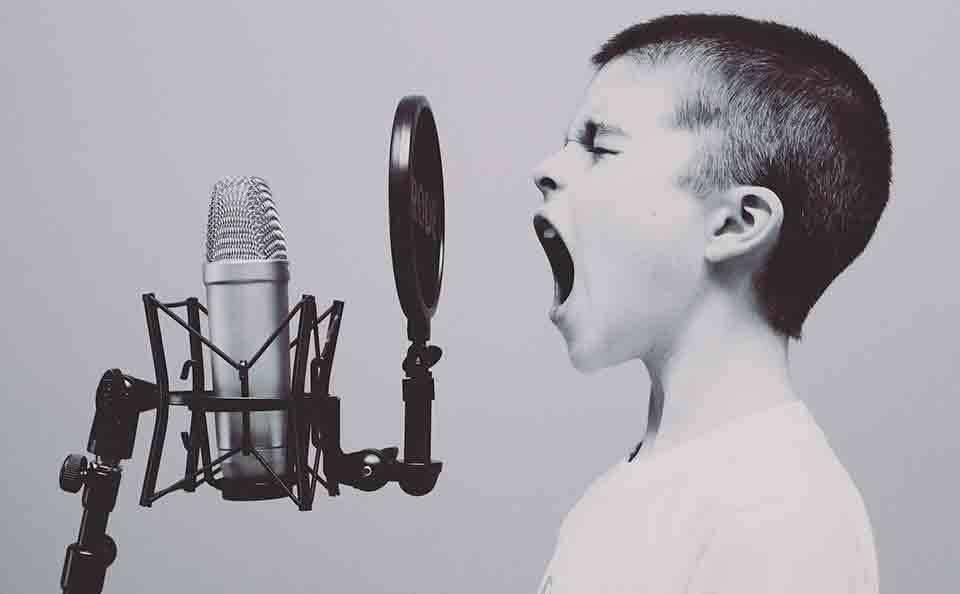 Here's the truth: anyone can learn a foreign language, even to native-like fluency.

As a language coach who has spent many years around all varieties of language learners, I know many people who can speak at highly advanced levels. It's relatively common, even.

What's uncommon, however, is to find learners who are so good that they sound like a native speaker. People who have accents that are indistinguishable from the ones you hear in target language movies and television shows.

Why is this? Why is a native-like accent such a rare skill, even among the world's best language learners?

There are many competing opinions; however, one of the most interesting of those opinions comes from Dr. Stephen Krashen. Dr. Krashen is the linguist and educator known to language enthusiasts for his famous Input Hypothesis.

Unlike others, Dr. Krashen believes that there is no true barrier to a native-like accent. Instead, he points to several factors that can help or hinder how naturally you express yourself in your target language.

Today, I'd like to outline these factors so that you, dear reader, can learn to sound like a native speaker.

1. Find Where You Belong

When I started learning English, my accent was atrocious. I would often read words exactly how they were spelled, so it was not uncommon to hear me pronounce "enough" as "e-nowg".

As an Italian, I was not unusual in this regard. In my English classes at school, that was just how everybody pronounced things. We were all Italian, so we pronounced English, French, (or any other language, for that matter) all'italiana. There was no other option.

As I learned more and more about the English language, I began to seek out native materials. Being European, I had access to many British movies and television shows, but I soon found that American media was more to my liking.

In my free time, I devoured every American film and television program that I could get my hands on. I developed such an affinity for American culture that I soon subconsciously decided that when I spoke English, I wanted to sound like an American.

I was all-in. So, I practiced in front of the mirror, imitated others, and got feedback from my tutor, Susan. Day by day, my English sounded less Italian, and more American.

In Stephen Krashen's A Conjecture on Accent in a Second Language, he offers an explanation of how the accents of myself and my Italian classmates could differ so greatly.

In essence, Dr. Krashen is stating that the quality of your accent depends on how much you feel like you belong to the target culture. The greater your connection with your target culture, the better your accent. And vice versa.

Making friends with native speakers can be hugely beneficial when developing a native-like accent. Among the more obvious perks, these friendships allow you to:

There's another benefit, however, that's a bit more subtle; one that can make or break your accent at a moment's notice.

What is it, you ask?

We human beings are emotional animals. When we're around people we don't know, we tense up a bit. We choose our actions and or words carefully, since we don't know what to expect.

Among friends, the situation is very different. We're more confident, more flexible, and we care much less about making fools of ourselves. We just do what we do, without overthinking.

In short, an increase in comfort level leads to a decrease in self-consciousness.

And though this holds true in all areas of life, it's especially true for language learners.

Dr. Krashen himself noted an experience where Kato Lomb, one of the greatest polyglots to have ever lived, fell victim to the negative effects of self-consciousness during a meeting with the Krashen family.

“Lomb remarked to me that she felt her accent in English had been better when we were alone. She explained that she felt quite comfortable with my wife and daughter, but the fact that she did not know them as well as she knew me caused a small amount of self-consciousness and hurt her performance”

So, if you want to have the best accent possible, you need to find native speakers you're comfortable with, and speak to them. You'll also want to make friends with native speakers you don't know well, so that your native-like accent can shine through.

3. Take on the "Role" of a Native Speaker 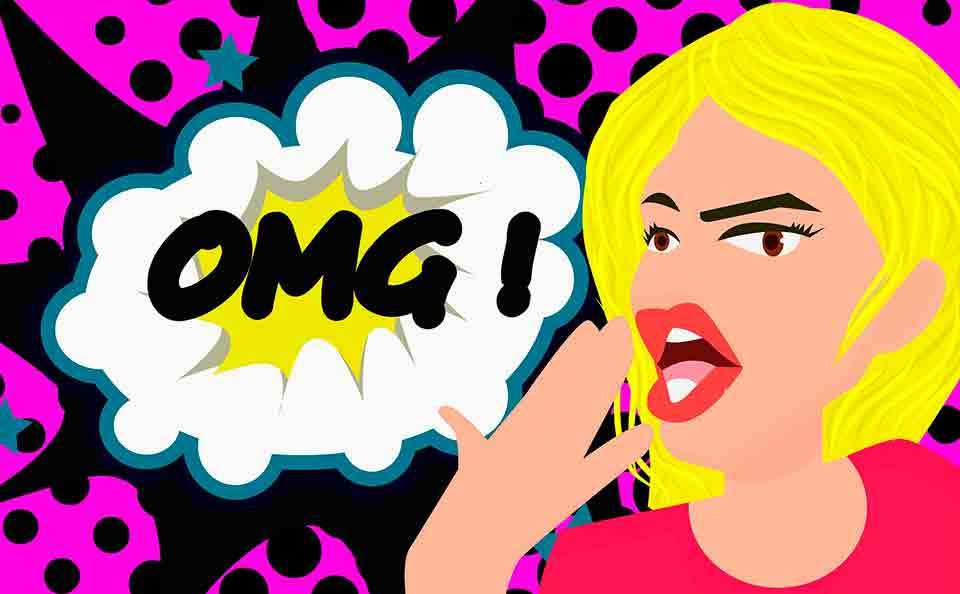 We saw an example of point two in the first section: when I embraced an American accent, my Italian compatriots felt slightly uneasy with the change, as if they were less able to identify with me.

That same point has some additional implications as well. If accent can affect how well someone is received by a certain group, then other non-verbal factors must also play a part.

Language, after all, is not just words, and sounds. There are other elements that can help you find greater acceptance within a group, be more comfortable, and ultimate speak in a more natural way.

My native Italian culture is a great example of this. Ours is perhaps the culture that is most famous for its use of one...well, two things—our hands!

Italians use hand gestures to convey all manner of ideas and emotions. Sometimes we pair these gestures with words, other times, the signal itself is just enough.

Italians naturally expect these hand gestures when communicating with others. If you can use them too, even as a non-native speaker, we Italians will feel much closer and more comfortable with you, and you will likely feel the same as a result.

Hand gestures aren't the only example of language like this, known as paralanguage. Paralinguistic features also include things like your tone of voice, your posture, your use of eye-contact, and more.

As a language learner, each of these features is a skill you can develop. I recommend you do this by watching movies, and attempting to take on the "role" of one of the native-speaking characters.

Do this in front of a mirror if you can. Copy the speaker's lines, imitate his facial expressions, his loudness, his intonation, and the way he conveys specific emotions.

With time and practice, you'll absorb these features into your own target language "persona", and your communication skills will skyrocket as a result.

4. Practice Speaking Your Native Tongue with a Foreign Accent

Have you ever tried to imitate the accent of someone who is foreign to your country?

Though we may not want to admit it, most of us have done it at least once. It's something kids often do, particularly before they're taught that it could be offensive.

According to Dr. Krashen, though most people can imitate certain foreign accents well, most do not apply that same level of accent imitation when they actually speak that foreign language.

“We can imitate foreign accents in our first language. Obviously, we do not do this in ordinary conversation. It would, we feel, be perceived as rude. [...] Our ability, yet reluctance to use accents and dialects again shows that we do not perform our competence fully and that there are powerful affective forces holding us back.”

In my experience, I've learned that even though  this as a seemingly universal problem, there is a way around it—practice!

Specifically, spend time imitating a native speaker of your target language that is trying to speak your own language. Don't do this in front of them, of course. Instead, do it in the privacy of your own home, or when you are alone.

As you imitate more and more, you'll start to dial-in on the exact way the foreign accent feels different when compared to your own. If this is happening to you, it's a great sign! It means that you're internalizing the mechanics of the accent, and not just the sounds.

Once you feel confident applying the foreign accent to your own language, switch to your target language, but try to carry the physical feeling of that accent over from the first step.

You may be surprised to find that your accent has improved massively. And don't just take my word for it; test it out on a (friendly) native speaker!

5. Get in a Great Mood Before Speaking

If you've ever been to a bar or club on a Saturday night, I'm sure you've seen them packed with dozens of people, each with a beer or cocktail in hand.

Why all the alcohol? Well, you and I both know that those drinks aren't just for hydration; they're also to help people loosen up a bit!

Alcohol is a depressant—it slows the functioning of your nervous system. In practical terms, it means that when you drink, you're less prone to anxiety than you would otherwise be. That's why alcohol is a staple of parties, as it lowers our reluctance to navigate uncomfortable social situations.

Dr. Krashen's essay discusses how one of those uncomfortable social situations can indeed be speaking in a foreign language. In fact, studies done in the early 1970s showed that the quality of a foreigner's accent improved after consuming alcohol, up to a very strict limit (1.5 ounces of Bourbon, to be exact)

Any less alcohol than that, the speaker would hold his accent back. Any more, they would get sloppy.

If you're worried about your accent, a little alcohol can help loosen your tongue. However, don't overdo it. In fact, an entirely more health-conscious recommendation is this:

Before you engage in conversations in your target language, do some kind of activity that raises your dopamine levels. Dopamine is the “feel-good” neurotransmitter, a brain chemical that plays a huge role in all sorts of positive emotional states.

Our brains release dopamine when we:

If you plan these types of activities before you practice speaking, you will be happier, more confident, and less anxious, much as you might be after drinking some alcohol. However, the difference is that the dopamine-boosting activities mentioned above are actually much healthier for you in the long run!

Before we go, I just want to share  Dr. Krashen's most important conjecture of all, which I alluded to in the beginning of this article:

“Accurate pronunciation in a second language, even in adults, is acquired rapidly and very well. We simply do not use our best accents because we feel silly.”

In other words, Dr. Krashen is saying that your mindset is the biggest obstacle standing between you and a native-like accent in the language you are learning.

It is my hope that with the evidence presented above, you see that you already have everything you need to speak with an excellent accent.

You just need to embrace the culture, find some friends, get more practice, and ultimately get as comfortable as possible with the language, and that native-like accent you've been looking for will just fall right out of your mouth.