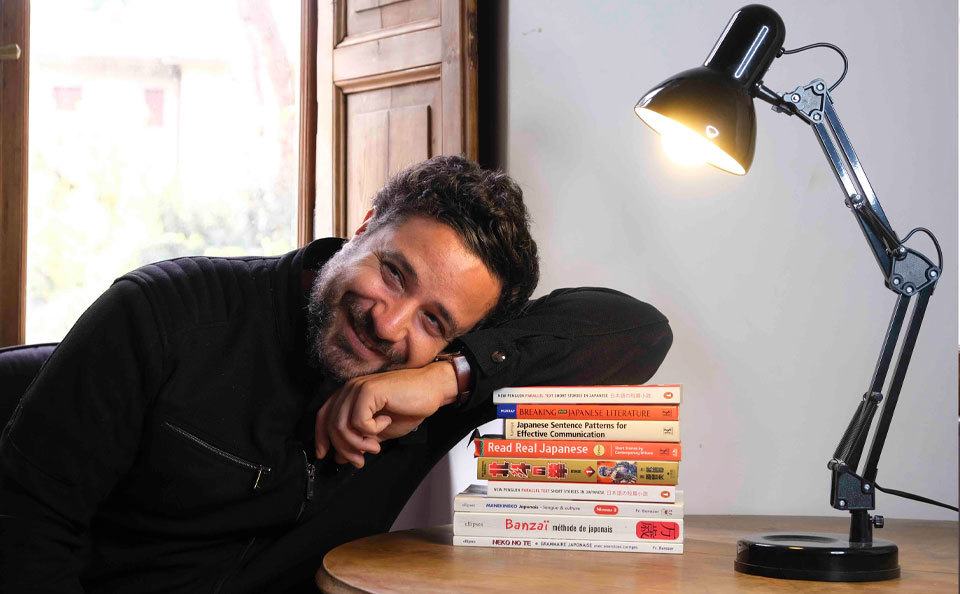 When people ask me how many languages I speak, my reply is usually fourteen.

But that's not the whole truth. Not really.

I've dedicated a year or more of my life to learning fourteen total languages, but to say that I can "speak" all of them isn't exactly right.

A couple of languages, unfortunately, have fallen out of my usual practice rotation. I haven't needed them socially, or when I travel.

So my skills have gotten rusty, like a tool that's been neglected and left out in the rain.

My rustiest language of all is Japanese. After spending around 18 months learning it back in 2011, it's fallen completely into disuse. If I were asked to have a conversation in it today, I doubt I could string together more than a sentence or two. It's really that bad.

You might know the feeling. You may know what it's like to dedicate hours and hours across weeks and months to learn a certain language, only to have it waste away in a dark corner of your memory.

If this has happened to you, you probably feel like it's game over—like you'll never be able to recover and improve your language skills, even if you truly wanted to.

But, thinking of my Japanese, I want to let you know that that's not the case. Neither for me, nor for you.

When I choose to revive my Japanese, I know that there are a handful of steps I can take to ensure success, and finally reach Japanese fluency.

Today, I want to teach these steps to you, too, so that you can use them in case you ever feel like you've "failed" with a language, like I have with Japanese.

Be Honest: How Did You Get to This Point?

The first step in the process of language recovery is taking time to reflect on how you arrived at this "language failure" in the first place.

To do this, you need to ask yourself questions like:

What you're doing here is admitting failure, and completing a "post-mortem" on the factors that led up to the failure.

This may be difficult for you, as it is for me. It's hard to admit failure, and to really reflect on the causes of that failure is harder still.

That's why you hear more language learning success stories than you do stories about failure. There are obviously more failures, but people usually don't want to talk about them.

But talking about your failures is the first necessary step you need to take; when you pick up your "failed" language again, you'll likely run into the same obstacles as you once did, so identifying those obstacles is the only way you can eventually defeat them, once and for all.

Why I Failed to Learn Japanese to Fluency 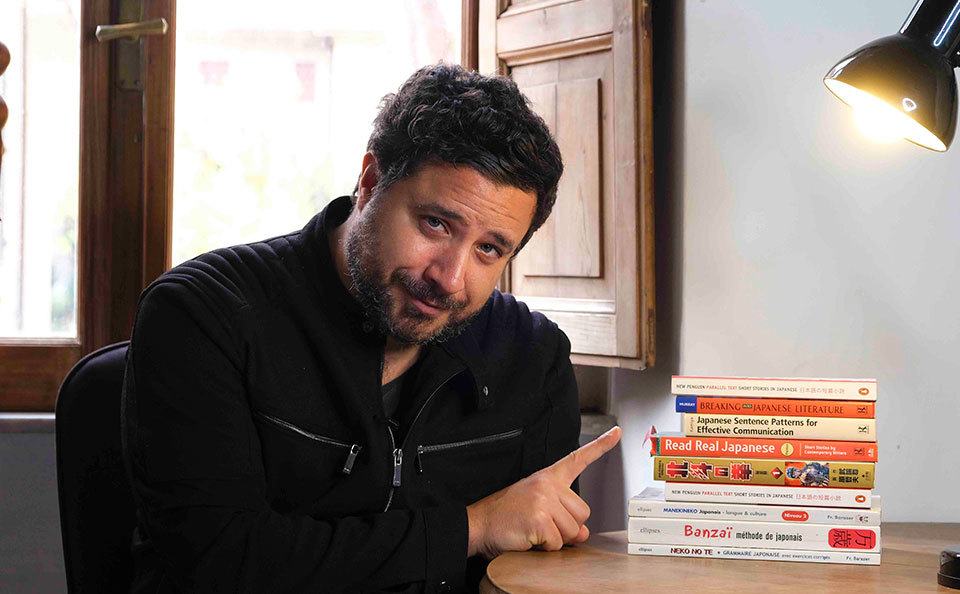 Thinking back to my time learning Japanese, I was able to identify five major reasons which prevented me from reaching fluency in the language:

1. I Chose the Wrong Beginner Resources

For years, I've used Assimil coursebooks to start learning any new language. In my experience, works well for European languages, but not as much for East Asian ones. In the case of Japanese, the sentences were far too complicated, and I didn't find the content to be interesting enough to compel me to move forward with it.

2. I Chose the Wrong Method

When I use Assimil to start a language, I do so in tandem with my own, personal Bidirectional Translation method. I'm very proud of the method, but at the time I had only tested it on European languages, which typically share the same Subject-Verb-Object (SVO) syntax.

Japanese was the first Subject-Object-Verb (SOV) that I had used it on, so the translation part of the process became very difficult, and thinking directly in Japanese was almost impossible.

3. I Didn't Start with Simple Language

As I mentioned earlier, Assimil's beginner Japanese sentences were actually quite complicated for someone with as little experience as I had. However, since I had dedicated myself to using Assimil, I committed myself to learning and emulating those difficult sentences. This, combined with my desire to "sound smart" in Japanese, made speaking an impossible chore—I would take forever to even formulate a single phrase!

Nowadays, I always advocate that you know exactly why you are learning a language before you get started with it. When I typically begin a language, my "why" is built around communicating with and befriending natives. I didn't really do this with Japanese at all, so once I started having difficulties learning, it was very easy for me to give it up.

5. I Didn't Seek Out Japanese People to Connect With

As stated above, my principal goal in language learning is typically to converse and connect with native speakers. With Japanese, I struggled so mightily with my beginner materials that I never made the effort to seek out real, live Japanese people to talk to, which ultimately killed my motivation.

Brainstorm: If You Could Do It All Over Again, What Would You Do? 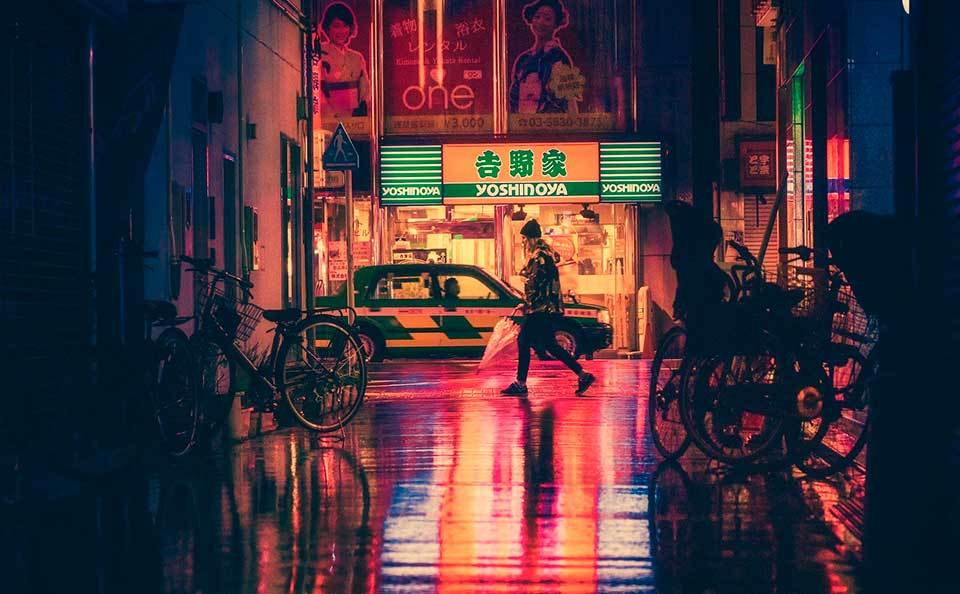 Once you've admitted failure, and listed all the things that led to you giving up the language, it's time to forge an action plan.

This action plan must outline the "dos" and "don'ts" that will help you avoid repeating your mistakes, should you ever pick up that dropped language once more.

After examining why I failed in my Japanese learning, here are the steps that would help me pick it up again, and stick with it.

The problem with Assimil Japanese was that it was too complicated and too boring for me. Before I start Japanese again, I will need to research a variety of materials to see if I can find content that is simple and interesting to me personally. Some possible resources include JapanesePod101 or Genki.

I'm not quite sure if my Bidirectional Translation was truly at fault for my failure in Japanese, but I do know that the emphasis on translation made it difficult to think in Japanese and get used to the unfamiliar syntax.

To fix this problem, I will probably avoid Bidirectional Translation, and instead stick to exposing myself to simple sentences over and over (listening and reading), until I really get comfortable with how Japanese is structured.

As much as I wanted to "sound smart" in Japanese, even from the beginning, it was a very unrealistic expectation. The syntax was much too foreign, so any sentences more than a few words would leave me speechless.

The solution, then, will be to familiarize myself with Japanese syntax by speaking using very, very short sentences—I can even rely on three-word Subject-Object-Verb sentences to start, then grow my skills from there.

Language learning doesn't really have an end, but it is a journey with multiple destinations. When I first learned Japanese, I never really envisioned where that journey would take me.

Before beginning Japanese again, I'll need to really sit down and imagine where I'd like to be one, five, or even ten years down the road in my Japanese journey.

Human beings are often the greatest of motivators when learning a language. If I am to learn Japanese again, I need to focus on connecting with Japanese people, even at the stages where I don't know Japanese very well.

If I'm able to befriend real Japanese people early on, then I'll have strong motivation to continue onward until I can use their native language with them.

It's Never Too Late to Start Learning a Language Again

Many people who have stopped learning languages often feel an intense regret for losing the skills they once had. I never was very good at Japanese, but I don't feel very different. I know that if I had never given up, I'd be much further in the language than I am today.

But that's okay, because my journey with Japanese is not over. It's been a few years since I've stopped learning it daily, but I know that if I'm willing to pick Japanese up again, I'll eventually be able to get everything back, and even improve beyond where I once was.

However, that can only happen if I know why I stopped Japanese in the first place. I need to determine what went wrong, and have a plan to fix it.

​And although I haven't picked up Japanese again just yet, I'm certain that these changes will help me succeed. In fact, I've already tried them out with a few of my coaching clients who are learning Japanese, and they've all seen positive results with these same changes.

If you have a similar story of dropping a language, and you want to pick it up again, you need to do the same. You need to devise a strategy that can help you avoid or overcome the obstacles that were once in your path.

Failure is never permanent, unless you let it be. Any language, even one that's been dormant or decaying for years and years can be recovered and improved upon, as long as you have the drive and determination to get it done.