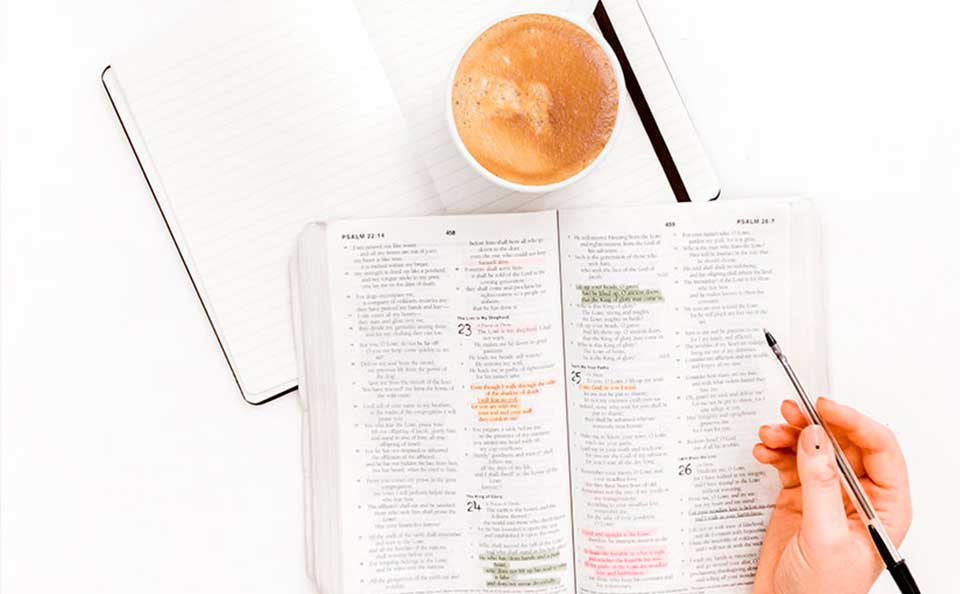 Ever since you decided to learn a foreign language, you’ve been looking for a quick fix.

You know, the shortcut. The thing that gets you fluent, faster.

It’s not just you. Everybody’s looking for the same thing. That’s why everywhere you look, you can find tips and methods to learn a language in a year, a month, a week, a day, and even in a matter of hours and minutes.

Let me tell you straight away that these “magic pills” don’t exist. If you start learning a language tomorrow, you’ll still be learning it by next weekend, next February, and the next time Halley’s comet passes by — unless, of course, you choose not to maintain it.

So, you can’t improve your knowledge of a language immediately. That is out of our reach.

But, if you’re looking for ways to improve your foreign language skills immediately, those, my friend, are quite easily available.

And you can put them to use in your life much faster than you think, thanks to a little book called How to Improve Your Foreign Language Immediately, by Boris Shekhtman. (affiliate)

Before we dig into our review of the book, let me present a simple metaphor:

Right now, at this exact moment in time, you have a finite amount of clothing that is yours to use as you wish.

Unless you want to wear all of your clothing at once, you need a place to store it all.

One option would be to keep it all in a pile. You know — a big, tangled mess of socks, sweaters, scarves, t-shirts, and tank tops, all gathered together in one corner of your bedroom.

Another option would be to separate and organize it all. You can hang the shirts, scarves, and tank tops in your closet, and fold the scarves and couple the socks for safekeeping in your dresser drawers. You can even organize each individual item by color, or season in which you wear it.

Now, I’m sure you’ll agree that in both scenarios, you have the same amount of clothing. Having a closet doesn’t make clothes magically appear.

But let me ask you this:

If I gave you ten seconds to find a single pair of socks, in which scenario would you be most likely to succeed?

The second, of course. Having organizational tools like a closet or set of drawers will give you a higher chance of being able to find and use the clothes you need, exactly when you need them.

This is exactly what How to Improve Your Foreign Language Immediately provides. It doesn’t give you more language knowledge. It doesn’t teach you nouns, adjectives, politeness forms, or how to better use the subjunctive mood.

Instead, it gives you a set of seven intuitive tools that help you organize and make better use of the knowledge you already have, no matter how minuscule — or expansive — that knowledge may be. The book, in short, teaches you to use language effectively.

Let’s dig into our review. 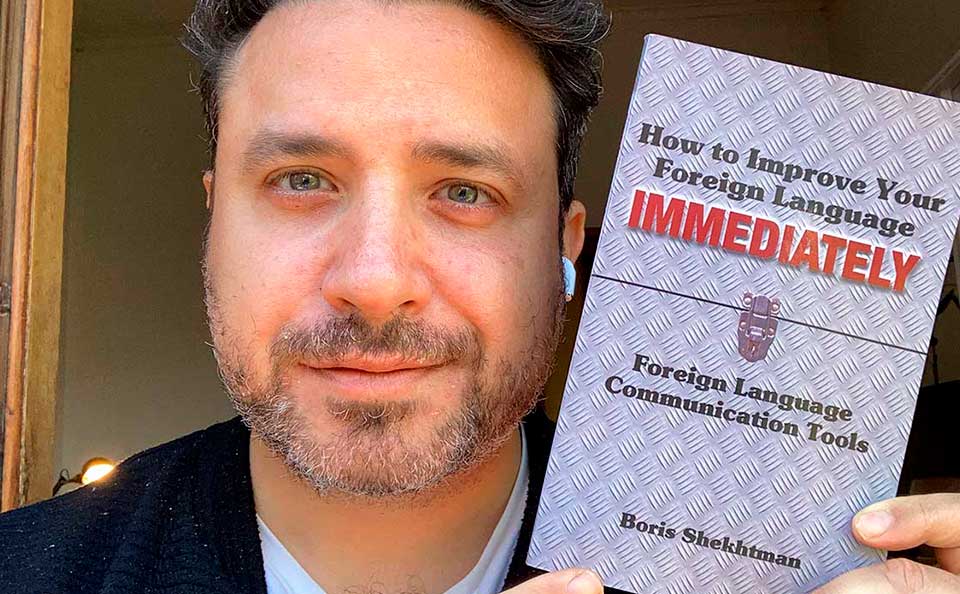 How to Improve Your Foreign Language Immediately, by Boris Shekhtman is a print book, the most current edition of which was released in 2013. The book, a short read at 124 pages, is divided into 9 separate chapters — one introductory chapter, seven body chapters, and an epilogue.

Each of the seven body chapters is devoted to a particular “communicative tool”. In the author’s own words:

“Communicative tools are the combination of skills which allow a speaker to use most effectively the level of foreign language in his or her command.”

The chapters dedicated to these effective speaking strategies generally contain the following:

In addition, sprinkled throughout the book are a series of anecdotes — personal stories taken from Shekhtman’s experiences teaching Russian to English speakers, either one-on-one in a small-group, classroom setting. 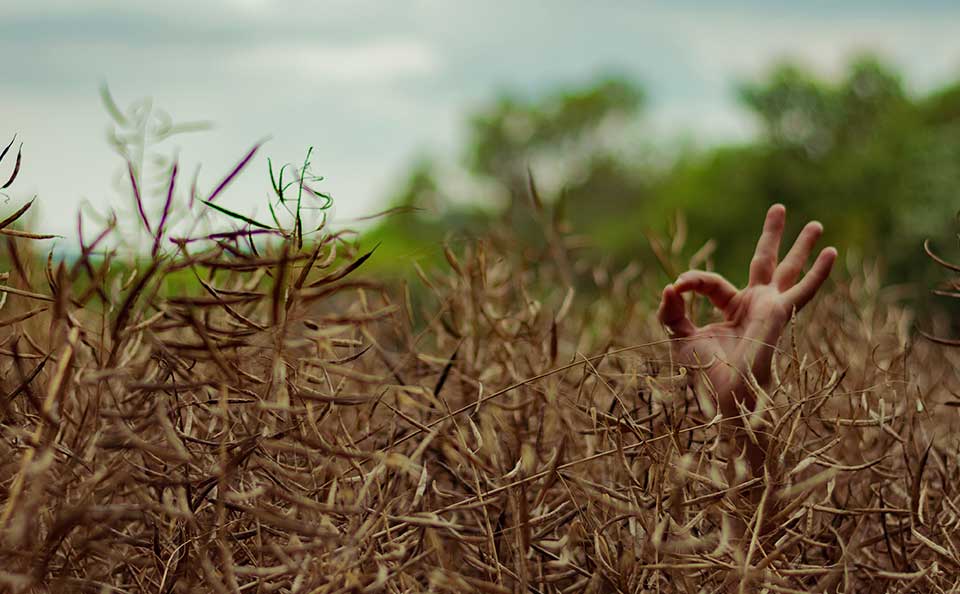 Considering that 75% of this short, simple book is devoted solely to teaching you to use those tools right away, you get a lot of value in a compact, inexpensive package.

Of course, none of that information would matter if the tools weren’t so useful and intuitive.

Each tool can be immediately put to use in one of three specific areas:

As bizarre as it seems, as you read up on each of Shekhtman’s seven tools, you’ll immediately understand how they’ll make you a better speaker of your target language.

How can that be?

Because, knowingly or not, you’ve already used these tools to communicate better in your own native language.

Have you ever told a joke so many times to so many people that, by the umpteenth telling, you know exactly what words, what pauses, what intonation, and what facial expressions to get the maximum number of laughs from your audience?

That joke, according to Shekhtman, is a well-practiced Island that has been built-up and refined according to Tool #2 (Build Your Islands)

Have you ever been chatting with a new group of people when, all of a sudden, talk shifts to a subject you know nothing about? Instead of pretending you know about a field you clearly don’t, you use some conversational kung-fu to coax the topic of conversation towards some common ground, so you can resume speaking freely again.

The act of deftly changing the topic when we’re out of our conversational depth is what Shekhtman would call Shifting Gears, and is the third tool that the book provides.

Have you ever tried to explain a difficult concept to a friend or family member and, despite your efforts, been completely unsuccessful? Instead of giving up, however, you choose to simplify your words and phrasing, and try again.

Simplifying complex language is an example of Shekhtman’s fourth tool, Simplify and is just as useful amongst native speakers as it is between natives and foreigners.

See what I mean?

You don’t have to have tried out all of these tools in a language learning context to know that they’ll help you communicate better. Because, in the end, they’re not language learning tools. They’re communication tools. And no matter how old you are, if you’re reading this, you’ve done enough communication already to have an intuitive feel for what works and doesn’t work. All of Shekhtman’s seven tools have this intuitive quality. 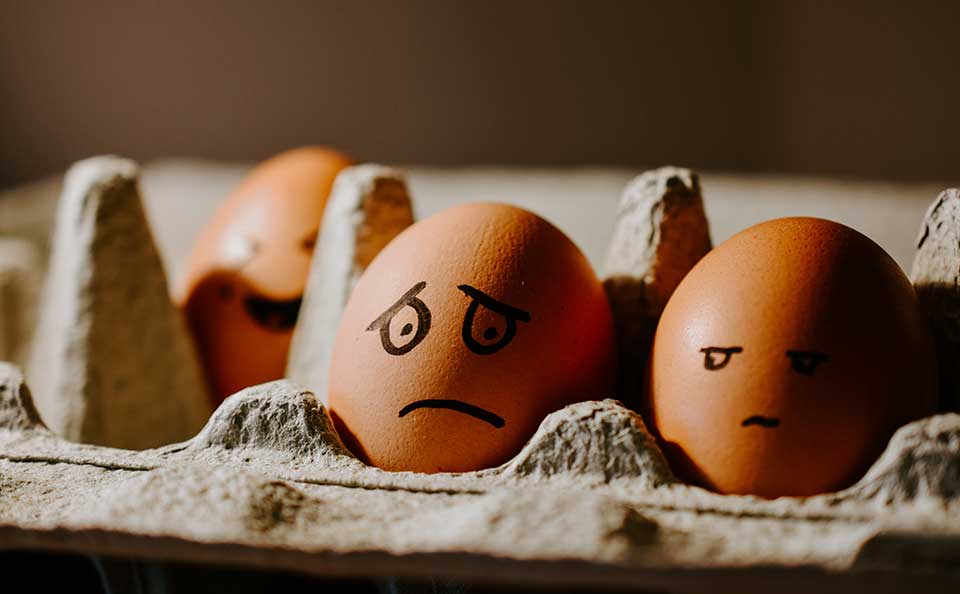 Many example exercises suggest a classroom setting, with a teacher and several participants. Students rarely have the autonomy or decision-making power in a given classroom to suggest such activities. Teachers are also typically bound by curricula, so it would take a particularly proactive teacher to organize their lessons around Shekhtman’s communicative rules and/or suggested exercises.

Little thought seems to have been put into the editing and printing of the book, as there are frequent spelling and grammatical errors in the text, as well as the occasional missed word. However, these errors do not do much to decrease the overall readability of the book.

Though the most current edition of How to Improve Your Foreign Language Immediately is from 2013, the cultural references are quite dated, as the author frequently refers to the Soviet Union, which ceased function in 1991.

In a field where most books deal are colorful, well-produced, and full of information on one specific language, Boris Shekhtman’s How to Improve Your Foreign Language Immediately stands out for being almost the complete opposite—short, unassuming, and devoted to teaching the skills of language, rather than one language in itself.

This unusual combination of factors leads to a book that is greater than the sum of its parts; a book that I believe every serious language learner should buy, read, and reread regularly.

The book’s communicative tools shine as intuitive guidelines for improving language fluency right now. With the advice in the book, you have everything you need to communicate your “current” level, navigate difficult conversations with natives, and speak in a more fluid, natural way. Given the book’s short, compact form, these tools are easy to practice and review on the fly.

I highly recommend this book to any learner, of any language, at any level of skill. In terms of actionable skills, this book provides the most bang for its buck of any language learning book on the market. I only wish that the book were of higher quality, with more substantial references and background material.