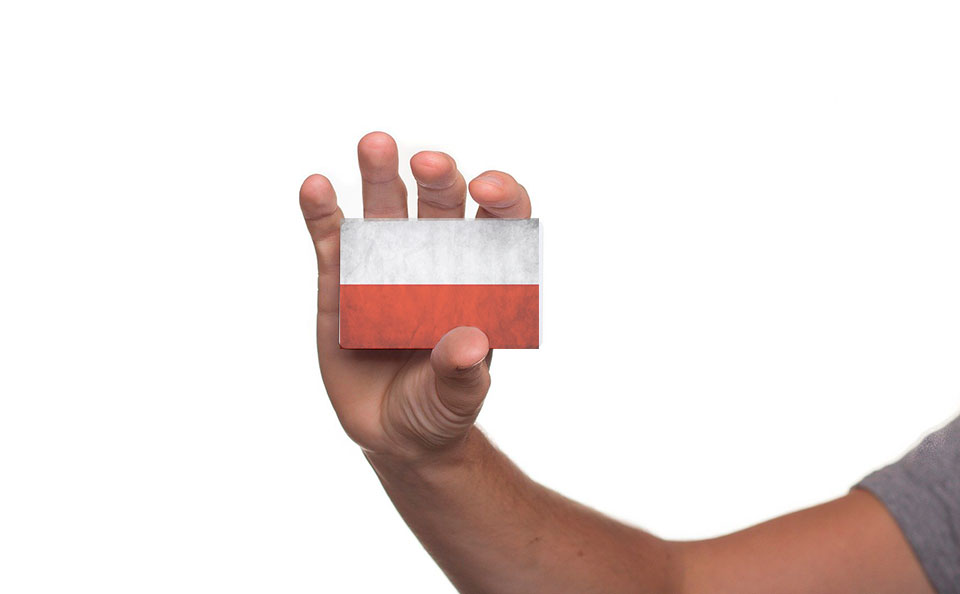 My story with Polish and Poland is a story of love, and it is the story I am going to tell you about today.

In particular, I’m going to talk about how I came to learn Polish; the difference the language has made in my life; and how you can go about learning this fascinating language for yourself!

I was in Poland for the first time in 2007 while touring Europe with two friends of mine.  Our first destination was the beautiful city of Prague. After five days there, we were off to Krakow, after which we’d head for Budapest.

To tell you the truth, I did not know what to expect from Poland. I do know, however, that I did not expect Krakow to be such a beautiful and lively city.

Unfortunately, my friends and I only had time to visit the city center, followed by Auschwitz, and then the Dwarf mine. That was all we could do during our two days there. Despite the short stay, it was quite a memorable experience; I was certain I’d come back again.

So that’s what I did!

My Return to Poland 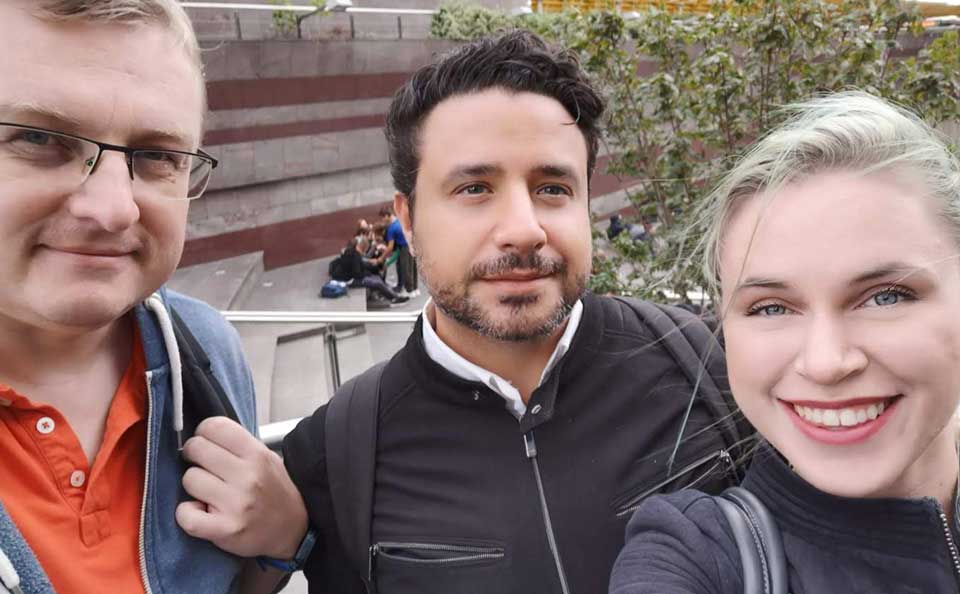 Four years later, in 2011, famed polyglot and friend Richard Simcott had invited me to spend a couple of days with him in Poznan, a city in western Poland. I was thrilled to join him and hang out in Poland for a while. A few days prior, Richard had made friends with Michal, a Polish polyglot who had recognized Richard off the street from his YouTube videos.

The three of us spent a lot of time together in those short few days. We had a lot of fun, and I was very happy to have more time to spend in Poland, enjoying the company of Richard and several new Polish friends.

During my stay in Poznan, I got a better idea of the language and the country. I loved observing how Richard interacted with the Polish people he met. So much so, in fact, that upon my return to Rome, learning Polish was on my language learning priority list.

Trying to Learn Polish through Russian 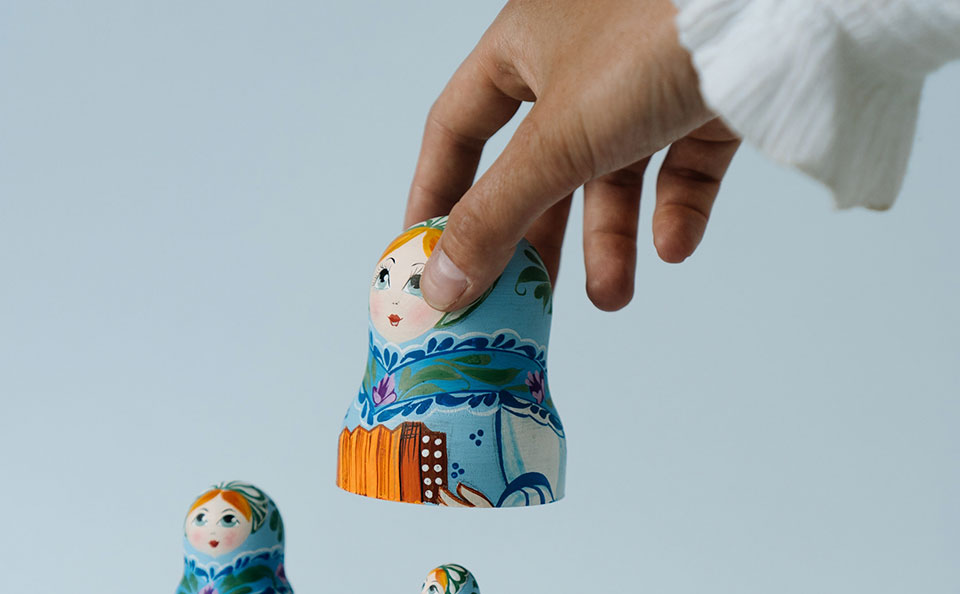 So, I bought an ASSIMIL course book—a resource which I normally use to get a solid foot into the language together with my Bidirectional Translation method. However, for this new language project, on top of using ASSIMIL, I also wanted to start speaking from the very beginning.

I was confident this was possible because by the time I started learning Polish, I could already speak Russian. Did it help? Well, yes and no.

Knowing a language within one family can greatly boost understanding of the mechanisms of a different language within that same family. Polish and Russian share a good deal of vocabulary, a similar syntax, and a comparable case system. In these areas, having previous knowledge of Russian was invaluable.

But make no mistake: knowing Russian does not mean that you can automatically learn and speak Polish. Far from it!

The truth is that Russian and Polish remain two different languages. The first time I was in Krakow back in 2007, I used Russian as a substitute for Polish, especially during brief interactions in shops. Or at least I tried to!

I can still remember the time when I attempted to use Russian to make a purchase in a bakery near Auschwitz.  The girl serving me was taken aback at first, but soon a big smile appeared on her face when she realized there was one key word she could make out from the rest: “chleb”, or bread, which happens to be almost the same as in Polish!

So honestly, learning one Slavic language before you tackle another has its pros and cons. In that case, it is up to you to maximize the pros and minimize the cons.

In this sense, timing is crucial: I recommend getting a VERY solid grasp in one language before using that skill to learn another, otherwise you’ll risk confusing them. 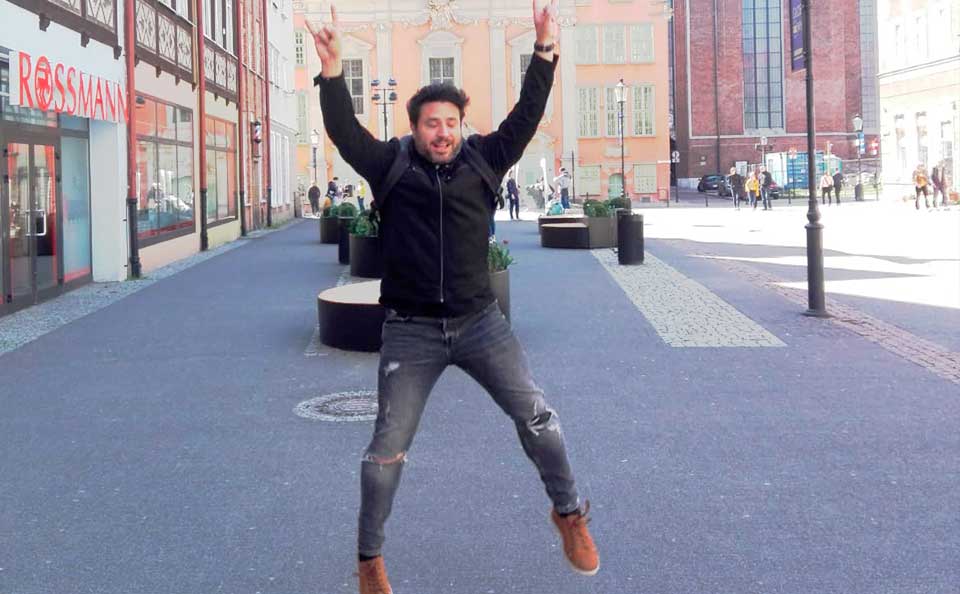 One thing about Polish that always fascinated me was its pronunciation. Hearing the language for the first time, it reminded me of a Slavic language mixed with a lot of the nasality of French.

As I began to learn Polish, my experience with French nasals meant that I had an easier time learning them than most do. Where I really struggled, however, was with the consonants.

Polish is notorious for having very difficult consonants clusters—that is, groups of several consonants in a row. English has these in words like “splat”, “stripe”, “tests”, and more.

Polish consonant clusters are even tougher. You’ve got words like:

Those clusters are hard to read, let alone pronounce, so it took me quite a while to get comfortable with them. In fact, even today I still struggle with some tricky words now and then.

There is good news, though. Despite the mess of consonants, Polish is spoken as it is written. If you understand the Polish sound system and know how to read written Polish, then spelling is quite straightforward.

Let’s move on to my favorite part of learning Polish:

Back in 2012, I began doing Skype-based language exchanges with Joanna, a Polish girl I had met through the language learning community. She would help me with my Polish, and I would help her with her Spanish.

We did this every week. It wasn’t intense work, but I could feel my Polish improving slowly and steadily.

My next breakthrough was in 2014. I had returned to Poznan to attend a workshop organized by my aforementioned Polish friend Michal when I was suddenly invited to be interviewed on a Polish TV program called “Pytanie na Sniadanie”.

It was a live show, so I can remember being quite nervous. However, I managed to keep it together despite all that, and in the end the experience gave me a huge confidence boost. If I could survive a live interview in Polish, I knew I could weather anything else that the language could throw at me.

And I think that’s an important point; not just for me, but for any language learner. There are many times on the language journey when fear tells us that we should not push forward, and we should instead retreat back into our shells. In those situations, it is important to persevere, and accept the new challenge.

You can’t become a confident speaker of Polish (or any language) without getting lots of speaking practice first, so don’t let fear hold you back.

2016 marked my next breakthrough with speaking Polish.

I was in Warsaw this time, working with Konrad Jerzak vel Dobosz, who is a well-known Polish polyglot. We were writing a book called Jak uczyć się języków which would be released the following year.

As soon as I arrived in Warsaw, I was in incredible pain—I had developed a horrific toothache!

I had no choice but to find the nearest dentist I could find.

Luckily, the dentist managed to solve my toothache relatively quickly. Even better, I was so impressed with the treatment I received, that I quickly decided that this random Polish dentist would become my main dentist, despite the fact that I live over a thousand kilometers away in Rome, Italy!

The best thing about this decision was that it meant that I would have to make visiting Poland a regular part of my life—if only to continue routine dental treatments!

The funny thing is, that’s exactly what I’ve done!

I mean, I don’t visit Poland only for its superior dentistry, of course, but having regular dental visits there has meant that I’ve been fortunate to visit Poland twenty times over the last five years. And in all that time, I’ve gotten to visit many other parts of Poland as well!

All in all, Poland has now become one of my favorite places in the world. No matter the location, the weather, or the season, every experience I’ve had in Poland has ultimately left a smile on my face.

And spending all this time in Poland made me realize how important the Polish language has become for me, as well.

This is not a language I want to know only a little bit. I want to live and breathe the Polish language and culture, and use it for the rest of my life. I want to experience all I can of Poland, its people, its traditions, and its essence. The way Poland and Polish people make me feel has created a long-lasting, concrete, burning desire to explore the language, the culture and its people that is only growing with time.

And it is this burning desire that creates a real connection with a language.

This is what makes me continue on when things seem too challenging.

This is what makes me want to keep putting one step after the other. Even when the peak of the “Polish mountain” seems far, far away, wrapped in the clouds out in the distance.There is no going back.

When you want why you learn, no obstacle is big enough to stop you.

So there you have it. My story of falling in love with Poland and the Polish language.

I hope that at least, in some small way, my story has conveyed the beauty and magic of not only the Polish language, but the experience of getting to know a new language and culture.

If you haven’t considered learning Polish, I strongly recommend it. If you have, I’d like to know more about your story: