Learning Two Languages At Once: My Roadmap 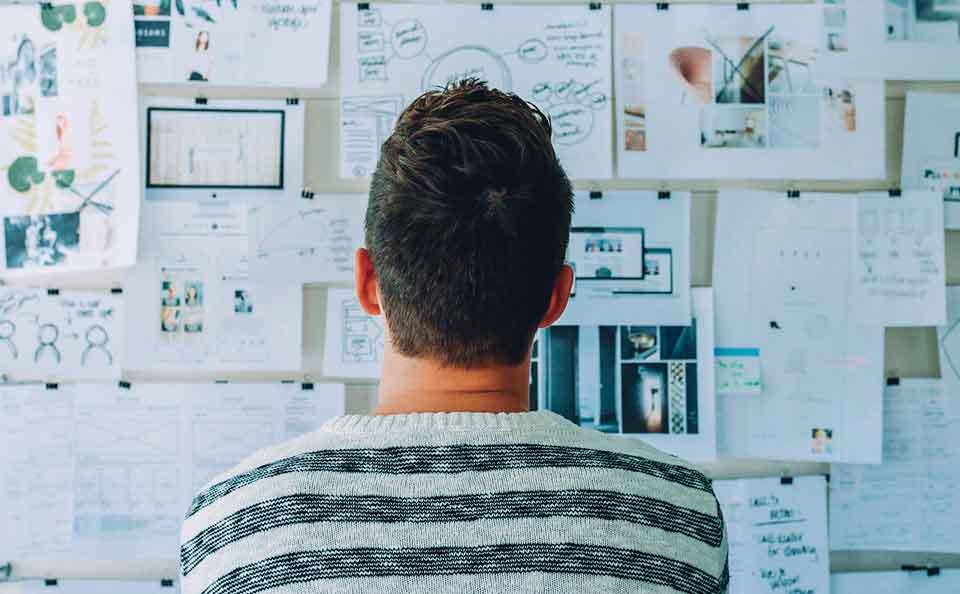 In all my years learning languages, I had never been more excited.

It was September 2015. I had come up with a brand-new language project, and I couldn’t wait to tell the world about it.

I, Luca Lampariello, was about to embark on the herculean task of learning two languages at the same time: Hungarian and Greek.

Prior to that point, my language plans had always been much simpler—one language every two years—and I was generally content with it. I’ve always been able to achieve high levels in each individual language I speak within that time table, so I had never really considered altering the formula.

However, ever since I began posting language videos on YouTube in 2008 and started writing my blog in 2011, I’ve had to consider a different routine, one based on a question that many, many readers have asked:

How do I learn two languages at the same time?

For a long time, I didn’t know. I knew I could handle one language at a time, of course, but to tackle two at once just seemed like an exercise in futility.

There’s quite a bit of information to be managed with each new language learned, and I always feared that with two, things would just start to run together.

But the question never really went away. As I became more proficient in my languages, and began looking for new challenges, the idea of learning two languages simultaneously stayed in the back of my mind. I even gave it a “soft-try” once, with Romanian and Japanese, but didn’t stay with it.

When this past September rolled around, the time finally seemed right to put my skills to the test for good.

Was it possible? If it were possible, could I get it done?
I made my announcement on Facebook, and was off to the races.

At this point, you’re probably asking, “Why, Luca?”

“After all that, why would you go back to learning only one language at a time?”

The reasons are many. Before I get into them, you need to know that I didn’t give up learning two languages because it is difficult, or even impossible. It’s not impossible.

I gave up learning Greek and Hungarian simultaneously because the conditions just weren’t right.

Just like an engineer wouldn’t construct a building on a foundation of sand, I realized soon after starting Greek that any fluency I could build at that point would be constructed on weak reasons and motivations, that would eventually be its downfall.

And so, by postponing my Greek learning, I kept myself from making a crucial mistake. That mistake, when coupled with the fact that I was also attempting to learn Hungarian, could have prevented me from succeeding in both languages, leaving my original language project in a shambles.

To help you avoid making such crucial mistakes in your own learning, let me explain to you the precise factors that prevented me from moving ahead with the Greek language.

Know What’s Important to You

My initial reasons for learning Greek were extremely simple: I had already been to Greece several times, and have absolutely loved every moment I’ve spent in the country. Appearance-wise, I consider it a literal paradise on Earth, and culturally, it reminds me very much of Italy, my home.

But once I began learning Greek, I soon realized that fond memories of the country and culture are not enough. If I kept learning, I’d be missing a key ingredient that I’ve found invaluable for every language I’ve learned so far: human contact.

To put it simply, I had no Greek friends. Even on my trips to Greece, I never managed to make a connection with a native Greek that was anything more than fleeting and superficial.

When I came to this realization, it took me back to the only other time I had attempted to learn a language without having deep connections with native speakers: Romanian.

Years ago, I spent several months learning the Romanian language, only to find myself completely demotivated when I had not one close friend to speak it with. My motivation was in pieces, and I promptly gave up.

I spent so much time learning Romanian, and it amounted to very little. Since I had no Greek friends, I feared that the Greek language would suffer the same fate.

Conversely, I was (and am still) acutely aware of the huge difference it makes to have a network of friends to speak to in a new language. With Hungarian, I already have several friends and acquaintances with whom I often speak in the language both in Hungary and in my daily life in Rome.

Your key ingredient could be the same, or something entirely different. Where I prefer personal interactions, you may prefer arts, literature, modern media, or any other aspect of the country or culture.

If not, you’ll have to start over from scratch.

Know How Much Time You Have to Learn

There was one more factor that I had failed to take into account when beginning to learn both Hungarian and Greek: Time.

It’s amazing that despite all of the amazing advantages that modern technology gives us, it cannot truly give us more time, our most valuable resource.

No matter what learning materials I have, no matter what tech or which apps I use to learn, there will still only be twenty-four hours in a day, many of which I simply cannot devote to learning.

If we sleep eight hours each day, we’ve got sixteen left. Of those sixteen, most of us spend another eight working. The remaining eight must then be devoted to everything else, leaving a much smaller portion for learning.

It is how we spend these final eight hours—as well as any “dead time” found throughout the day”—that defines what we can accomplish as language learners.

The problem is, that same time also defines our accomplishments in anything else, such as watching our favorite TV series, playing video games, reading books (affiliate), or even hanging out with friends and family.

And this is why it’s so easy to fall into the trap of “not having time”. Either we try to do too much, or we waste our time and do too little.

Think about it. How many times have you started doing something, only to give up because you “didn’t have the time”, or because something more immediately gratifying came along.

The simple truth is that if you don’t plan your non-sleeping, non-working time around your priorities, those priorities won’t happen.

And needless to say, if you don’t make language learning one of those priorities, fluency is out of the question.

You need to establish realistic goals to be accomplished within that planned timeframe.

Learning a single language is a task that will place stresses on anyone’s available time. With each language that is added on top of that, the demands grow greater.

As much as I was aware that learning Greek and Hungarian would take me more time than a single language would, I failed to recognize the fact that I had other, previous languages that took up my time as well.

Since my goal is always to maintain and improve the languages I already know along with the ones I’m currently learning, Greek and Hungarian could never be my only focuses. Instead, they’d have to get in line with almost a dozen other languages.

Not only that, but I’ve taken such a liking to Hungarian that it has become one of the top priorities for 2016, aside from the aforementioned maintenance of previous languages.

More specifically, my specific, concrete language goals for the year are as follows:

*For descriptions of my personal definitions of fluency, please consult this article.

As you can see, that’s a lot of fluency to attain, even for someone with my language experience. To accomplish these goals, I must devote several hours to each and every one of these languages every week. And that’s not even mentioning all of the other projects I have going on.

Greek, unfortunately, just couldn’t fit into my schedule. So instead of trying to force the matter and risk having all my plans fall apart, I shelved the language until a later date.

If you, I, or anyone else truly wants to learn two languages at the same time, you need to ensure you can make language learning a priority and set realistic goals around that priority.

Although I had set out to learn Greek and Hungarian in tandem, it wasn’t long until I realized that I didn't have the reasons, nor the time to do so.

Without the time, I was missing the final piece of the puzzle:

An action plan that I could follow every single day.

When I said language learning must be a priority, I didn’t mean just having a few simple goals to accomplish “sometime within the year”.

I meant having a set amount of time to dedicate towards achieving those goals seven days a week.

If I don’t set aside this time according to a plan, I risk learning a lot some days and a little on other days, if I decide to learn at all.

The lack of a set plan also makes it difficult to dedicate appropriate amounts of time to each new language. If you’re learning two at once, it’s best to dedicate time to each every day, which requires even more precise time management.

If you’re attempting to learn two languages in tandem, don’t leave your learning time to chance. You’ll be quickly overwhelmed, and will give up before you know it.

At the start of the article, you may have found it odd that I wanted to give you advice on how to learn two languages at once, when I actually gave up learning Greek and Hungarian together only a few short months ago.

But I hope you’ve realized through reading this that I stopped learning Greek only because I knew exactly what it would take to learn it along with Hungarian, and that I just wouldn’t have been able to make such a sacrifice at that time.

I’m hoping that if you have the time, inclination, and resources to make the necessary sacrifice to learn two languages at once, the steps I’ve listed here will help you get the job done.

To recap, you must remember to make sure you have the conditions necessary for learning, the time necessary to spend, and the daily plan to actually learn.

Only then will you truly be able to learn two languages at once.

I have already written about this important topic on my blog. You can check out my previous post about learning more than one language.

Are you learning two languages at the same time? If yes, how do you do it?