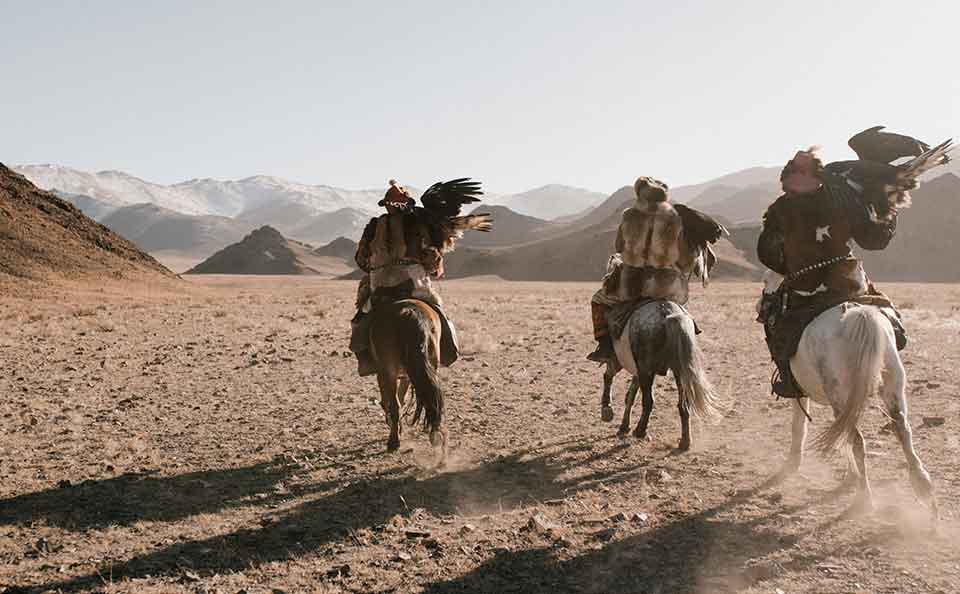 It is important to proceed step by step. The first step is theoretical.

Many language courses provide an overview of phonetics and they usually discuss the following:

• Pronunciation of vowels: those that are identical, similar and alien to the language of instruction.  These vowels sounds may be single vowels or they could include dipthongs

• Pronunciation of consonants: identical, similar and alien. They are divided into double consonants (if any) and consonant clusters

• Other possible combinations or features (e.g. clicks or tones etc.).

There are analytical and theoretical tools depicting the subtleties in pronunciation. The IPA (International phonetic alphabet is well known for transcribing the sounds of languages.

The following image provides a window into the complex possible configurations of vowels within the mouth-tongue-throat apparatus:

Pitch/intonation of the entire sentence

Some courses describe the mechanics of the intonation of sentences. Most of these explanations are limited because the “musicality” of a language is a difficult feature to represent fully. This is one of the most complex areas of research in linguistics

From theory to practice

The amount of sounds in any given standard form of a language is limited.  In spite of this understanding and producing sounds often proves to be complex (even with tools such as IPA).

Some claim that listening is the most effective action in absorbing sounds.

How can we combine theory and practice?

Understanding the “mechanics” of sounds and producing them correctly is a very important step.  Overcoming this difficulty in the first 3 months of study allows the learner to devote almost 100% of their time to the assimilation of vocabulary and grammatical structures. Pronunciation usually then improves with fluency of expression.

This can be seen as cycle in the learning pattern, as illustrated below:

Step 1: Brief introduction to the phonetics of the language

Familiarisation with the phonetics of the language.  This should not be rushed and does not require 100% understanding of the target language.  Read a once, twice or three times at most.  Listen to the corresponding recording (audio is a vital).

Reading and listen to the dialogues in your language course. Listen to the sounds of the language and pay attention to how they are pronounced in the sentence. Listening AND reading at the same time is the key operation: it allows your brain to create a link between the word and the sound.

Active understanding of the phonetic structure of sentences is key. Use a pencil to write directly in the book (or on a photocopy if you prefer to leave the book intact).

The phonetic analysis is my personal technique for figuring out how a sentence sounds: I use specific markers (see Part 3) to mark the pitch and intonation.  This creates a real “guide” that will allow the reader to reconstruct the intonation of a sentence without resorting to audio. To complete this analysis requires multiple playbacks of the audio material.

This step is crucial in learning how to mimic the voice, tone and accent of a native speaker.  It’s like writing a musical piece and then reading the notes whilst playing an instrument.  The main goal is to understand the music of a language. Bad pronunciation is the result of imitation without understanding.

Step 4: “extraction” and “reproduction” based on phonetic analysis

“Understanding” a text by analyzing it is the first step towards correct pronunciation.

How do we assimilate the intonation/pronunciation?

This is done by re-reading the text line by line on the basis of the markers recorded in the phonetic analysis.

Record your own voice to identify where your pronunciation sounds like or differs from that of the native.  The aim is to become more attentive and eventually self-correct.

Step 5: feedback with the help of a native speaker

The circle closes with an absolutely crucial ingredient: contact with native speakers.  As mentioned above, the brain is an auditory filter.  No matter how hard we try, there will always be some small “gaps” in terms of intonation or pronunciation: it’s up to you fill the holes by remaining attentive and curious.  Never take anything for granted.  Feedback from a native speaker will help to fine tune any pronunciation issues.

Below, a dynamic diagram on what has been addressed:

Familiarizing yourself with the brief introduction into phonetics at the start of a course is useful.  However, it is best to return to this section after you have studied a good amount of the language to fully appreciate the meaning.  I will expand on this in part three of this series on accent.

Related posts in this series