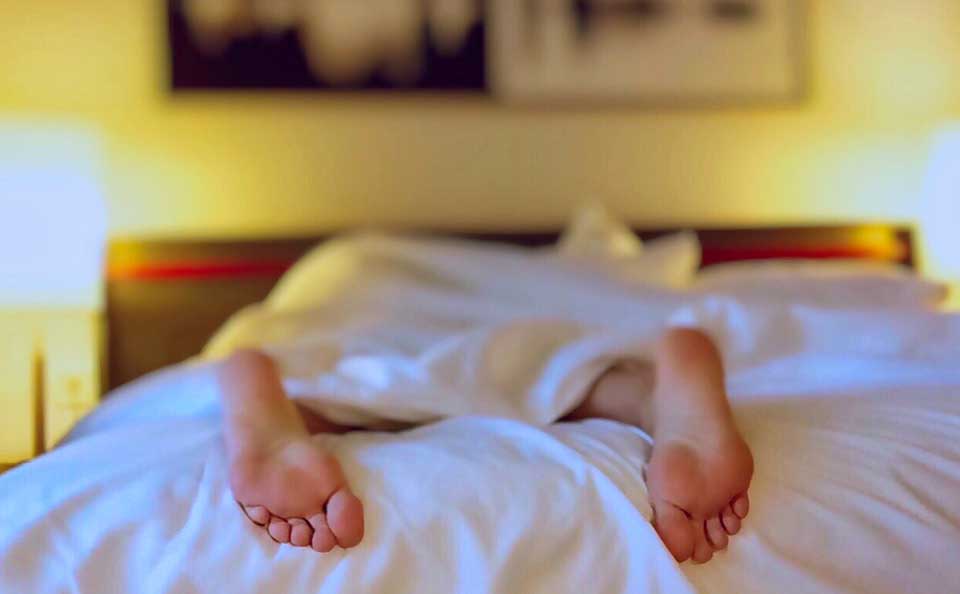 Bob and Jack were two lumberjacks, each given an area of about 10 acres of thick, old growth forest to cut for the year. They were each paid a fixed amount of money for each tree cut, and both had the same equipment and experience in this field of work. Incentives to finish the work faster included a bonus pay for the person that could finish cutting down all 10 acres of forest first.

At the beginning of the year, in early January, Bob was motivated and full of energy, ready to cut down these trees faster than anybody else. His axe was slightly old and rusty, just as Jack’s, but it had served him well for many years. Although Bob was a lazy man, just as the average Joe, he knew his motivation could get him far. And so he began working in earnest, cutting down his first little tree in a matter of minutes. Bob liked to start with easy tasks first, build up his momentum, and keep going strong for long periods of time. It had worked fairly well for him in the past. On the first day, Bob managed to cut 10 trees, and proceeded to earn a fairly decent sum of money. Bob was, for the most part, willing to work hard when he could see immediate results.

Jack, on the other hand, didn’t cut any tree on the first day. In fact, he didn’t cut a single tree for the first entire week. “What on earth could he possibly be doing?”, Bob wondered. Well, Jack was busy reading, at first. Although he had plenty of experience cutting trees, he felt he needed to delve deeper into specific techniques that he had neglected to refine. While he had a decent amount of experience cutting trees, he had never actually learned how to cut trees.

And so he proceeded to learn the science behind lumberjacking. He got to know how trees grew, which kinds of wood were softer or harder, easier to bend or crack, and at which angle cutting each type of wood worked best for faster results. Most importantly, though, Jack spent a great deal of time sharpening his good old axe. He meticulously sharpened the blade; it became sort of an obsession; he left nothing to chance. He wanted to ensure that the blade would have an optimal cutting ability, and that it would retain its sharpness for as long as possible. After one intensive week of hard study and axe sharpening, he was ready to get down to his business.

By the end of August, Jack had already finished chopping down all of the trees that had grown on his 10 acres of allotted land. Bob was shocked in disbelief. “You’re a genius,” he told Jack. “You’re obviously gifted in lumberjacking. You were born with the lumberjacking gene for sure,” he added. Jack nodded and smiled, and proceeded to relax and drink beer until the end of the year, while Bob was busy chopping down the rest of the trees.

To chop a tree quickly, spend twice the time sharpening your ax

What does this parable teach us? Well, the story of the two lumberjacks exemplifies what I term the “laziness paradox”. We, mere mortals, are often too lazy investing present time and effort for the benefit of our future. Even if these benefits might outweigh the actual costs 100:1, laziness precludes us from doing so. The laziness paradox, then, is that by not spending enough time sharpening your axe, it will, in the long run, take you much, much more time and effort chopping down the forest. And it will cost you a lot of money. It seems counterintuitive, but working hard and being lazy are not mutually exclusive, although this is what most of us have been led to believe. Working or learning smart, on the other hand, is the path of the productive and efficient.

As best-selling author and language enthusiast Tim Ferriss says in his New York Times bestseller The 4-Hour Workweek, by Timothy Ferriss. Slow down and remember this: Most things make no difference. Being busy is a form of laziness—lazy thinking and indiscriminate action. Being overwhelmed is often as unproductive as doing nothing, and is far more unpleasant. Being selective—doing less—is the path of the productive.”

Let me give you a few examples. I recently wrote on my blog, 12 tips on how to drastically improve your memory. Spending the necessary amount of time learning serious memory techniques, even if to really internalize these techniques and have them ready-to-use on demand could take a few months, is probably the best decision you could ever make— not only if you are serious about studying languages, but also if you are serious about being successful and about learning and acquiring pretty much any knowledge effectively. It took Moonwalking with Einstein, by Joshua Foer author Joshua Foer a year of practice in order to win the U.S. Memory Championship. Imagine the things you could achieve by having a memory 100 times more powerful than the one you have now.

The art of Memory

When Dominic O’Brien, eight time world memory champion, was still in school, he just about managed to scrape through with passes in French and Spanish. “I can't help feeling slightly resentful today about the way I was taught. The ability and good intention of my teachers is not in doubt, but I bitterly regret the methods they used,” he says in “How to Develop a Perfect Memory”. After having internalized memory techniques (mostly mnemonics, association, and the The Method of Loci), he managed to learn and actually remember 320 new German words in an hour (after one sighting of each word), his personal best. At the 1991 World Memory Championship (yes, there is such a thing), he won the language event by memorizing the most number of Chinese words in fifteen minutes. Not bad for a dyslexic slow learner.

O’Brien asserts that, when using proper memory techniques (techniques that, by the way, anybody can learn and apply), foreign words can be learned and memorized after just one reading at an accelerated rate of approximately 50 to 150 words per hour. This means that a basic vocabulary of 2,000 words could be learned after just twenty hours' study. In English, the 2000 most common words account for 80% of the individual words in any English text (Cobb, 2008). Just like any language, English has the habit of recycling a relatively small number of words over and over again, and if you know these words, then your reading power can be enhanced dramatically for a relatively modest learning investment.

I am not saying, of course, that you can learn a language in the space of 20 hours of study. But I think it is clear that it doesn’t have to take five or ten years of hard work either. Daniel Tammet learned to speak Icelandic within the space of a week, and I wouldn’t be surprised if the techniques he used to achieve such a feat were exactly the ones Dominic has used to win his Chinese word memorizing competition.

The Art of Speed Reading

Another example where spending time sharpening your axe would bring in some serious benefits would be in regards to speed reading. Indeed, by learning a few simple speed reading techniques, and spending a few serious days of work applying and practicing those, you could read two, three, or even five times faster than you are now. Tony Buzan, in “The speed reading book” notes that people read, on average, 200 to 240 words per minute. The current speed reading world champion is Anne Jones, with 4,700 words per minute with 67% comprehension. That is, of course, nothing short of amazing, but Buzan mentions that with proper training in speed reading techniques, an average person can easily double their reading speed within a short period of time, and eventually reach speeds of around 1000 wpm.

Tim Ferriss, in “The 4-hour workweek” gives four simple tips on how to read 200% faster in 10 minutes:

1) Two Minutes: Use a pen or finger to trace under each line as you read as fast as possible. Reading is a series of jumping snapshots (called saccades), and using a visual guide prevents regression.

3) Two Minutes: Once comfortable indenting three or four words from both sides, attempt to take only two snapshots—also known as fixations—per line on the first and last indented words.

4) Three Minutes: Practice reading too fast for comprehension but with good technique (the above three techniques) for five pages prior to reading at a comfortable speed. This will heighten perception and reset your speed limit, much like how 50 mph normally feels fast but seems like slow motion if you drop down from 70 mph on the freeway.

How would your life be different if you could read twice the amount of books in less time, and remember information more effectively than you could’ve ever imagined? All it takes is a bit of axe sharpening.

What Are You Waiting For?

So, what do you think you could do by learning and applying over two thousand year-old memory techniques that have been repeatedly proven to work? How would this change the speed at which you would acquire foreign languages? How would this change the amount of study and review you would need in order to ace your exams at school? How would this change your social life if you’d never forget a name again after being introduced to a person once? Get a couple of post-its, write on them “Remember the laziness paradox” or something similar. And every time your brain feels the need to slack off, take a glance at your post-it and put in the extra effort that will make all the difference for your future endeavors.

Stop working hard and being lazy. Learn how to learn, learn how to memorize, learn how to read, and ride the wave of success in foreign language acquisition, study, and work.

By Sam Gendreau Sam is the guy behind Lingholic, a blog with a wealth of resources for making the life of language learners easier,

including interviews with polyglots from the world and articles on just about any topic language-related.