Tips on how to learn Chinese tones 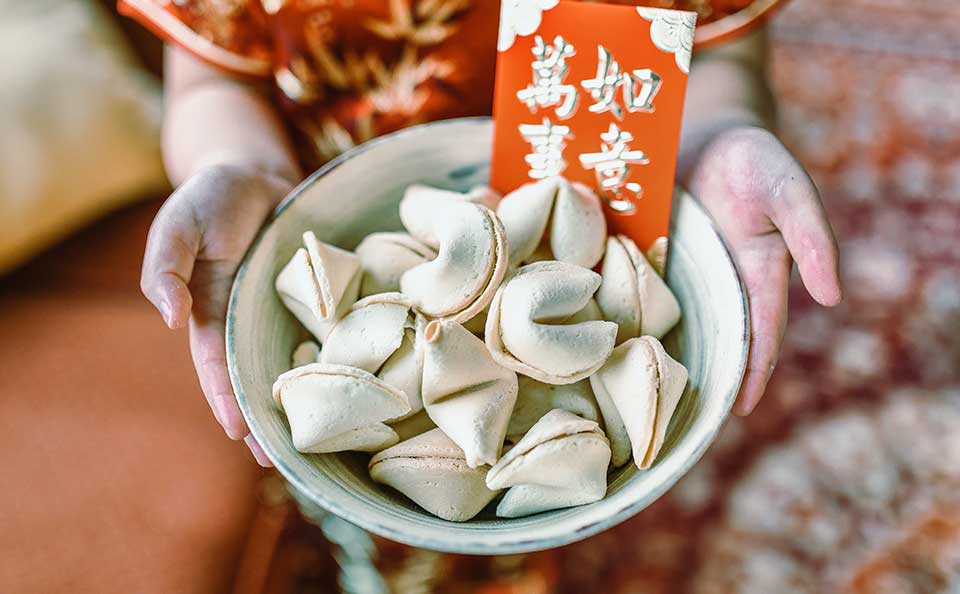 Did it ever occur to you to see a person on YouTube or face-to-face who speaks Chinese surprisingly well? The first reaction you will probably feel is one of admiration and surprise. Admiration then gives way to doubt: how did they reach such an incredible level in the language?

Until a few years ago, Mandarin Chinese was surrounded by an aura of mystery. It was considered an exotic language, undoubtedly difficult to learn. Foreigners as well as the Chinese themselves thought that mastering Mandarin Chinese was indeed an impossible goal to reach. Then came  Dashan.

In this short documentary, it is shown how Dashan shocks the audience by speaking flawless Chinese on a TV program watched by half a billion people. As a result, Dashan becomes an instant celebrity in China.

Many things have changed since that distant 1988, and the number of foreign students coming to terms with the Chinese language and living in China has grown dramatically over the last 20 years. It is no longer unusual to come across a “wairen” (foreigner) in Mainland China. Yet, many students keep having problems when it comes to speaking Chinese, and this is mainly due to an aspect often considered “dramatic” from a Westerner’s perspective: Chinese tones.

When it comes to speaking about tones, two things immediately to mind:

1)     Why are Chinese tones perceived as being so difficult?

The difficulty of learning Chinese tones

Let’s address the first issue. It is important to emphasize, once again, the following point:

Chinese is a tonal language. This doesn’t only mean that tones make up the words, but also that the meaning of the words themselves relies on their tones.

In non-tonal languages such as Italian or English, tones do exist. We are not aware of that simply because the meaning of the words does not depend on their variation. So, in theory, the same tones can be used to visually represent syllables that make up the words in non tonal languages.

The very first thing you’ll be confronted with when it comes to speaking Mandarin Chinese is the tones. The following charts show, in detail, the four “heights” of a syllable in Chinese.

One is generally told to look at the chart, listen to the corresponding sound and try to repeat it. It seems like a logical approach: one starts by the basic building blocks (the syllables) and then moves on to words (which can be mono-, bi- or trisyllabic) and finally to whole sentences. In engineering and computer jargon one  would speak of a “bottom-up” approach: one builds a wall starting with the base, brick after brick. Although techniques have been developed that seem to adopt a very successful approach among students (*see footnote), learning Chinese can’t be done using a simple algorithm. ‘A good start is half the battle’,  they say. Unfortunately, things are not as simple as they might seem. (If you want to learn more about this issue, my friend Vlad wrote an excellent article about this on his blog)

Now, imagine that you want to learn Italian, and that your teacher imposes the aforementioned bottom-up approach. So, one should start from the sound quality of syllables and then move on to words and sentences. After tedious explanations and charts, imagine practicing the following sentences:

Imagine the gigantic effort in trying to utter a whole sentence by looking at the tone of every single syllable. Things get even worse when it comes to thinking about a sentence, in that one should also remember every single tone!

And even if you are great at pronouncing the tones, the sentence would still sound ‘robotic’ to a native speaker. The reason for this is that a sentence is not the simple aggregation of individual sounds. When we talk all the single components follow the general intonation of the sentence, and a ‘tonal shift’ takes place  (you can find more information here). This “tonal shift” means that the pronunciation of the syllables making up a word change according to the positions occupied by that word in a sentence. In Italian (as in other languages), the same word has different tones if it is at the beginning or at the end of a sentence.

As you can see, the word “polenta” at the beginning of the sentence sounds like a first-third-second tone, while it becomes a first-fourth-fifth (neutral) tone when at the end of a sentence.

It is obvious that this approach to learn Italian would be a disaster. None, fortunately, would dare adopt such an approach. Yet, even considering the big difference between Italian and Chinese, this IS the only approach adopted in the vast majority of Chinese courses, be it at university or in private schools. Now, is there an alternative to all this?

Some advice on how to learn Chinese tones.

Very often the combination of Chinese tones and characters causes a lot of students to give up too soon. Yet more than one and half billion Chinese, as well as a vast number of foreign students speak impeccable Chinese, showing that Chinese tones are not impossible to learn.

We often tend to see children as the best and fastest language learners, and attribute their success to a brain plasticity and flexibility that we adults no longer possess. One might quibble with the definition of “brain plasticity”, but a key factor in the learning process is often omitted: the way they acquire a foreign language is different from ours.

Children hear whole sentences. They don’t start with syllables. They simply hear chunks of a language and then identify the single components by themselves. As adults, we tend to think that we can figure out the structure of a language by analysing every single aspect of it, and we lose sight of the general, broader picture. As adults, we still have the capacity to hear, but we have partially lost our capacity to  listen.

In order to restore this capacity one needs patience and a bit of open-mindedness.

Only a few months after starting learning Chinese “the traditional way”, I realized how important it was to listen to whole sentences. This thought dawned on me when I first used a special software in which a native speaker utters a sentence, and you have to repeat it. The software program then compares both sentences and gives you a mark ranging from 1 (very poor) to 7 (perfect).

Even though this was a machine with all its flaws, the exercise was fun and interactive, and before I knew it, I had tried more than 300 hundred sentences this way. I was repeating sentences without even thinking about tones. 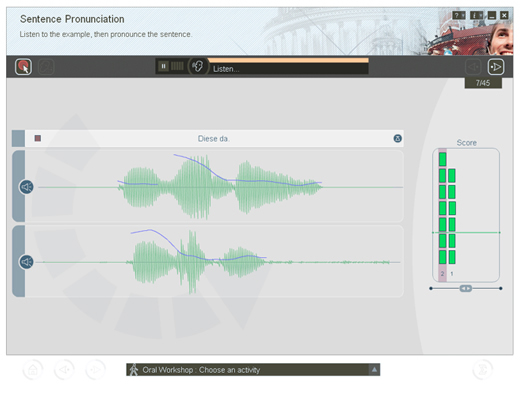 The bottom-up approach had suddenly turned into a top-down approach: one starts by uttering a whole, simple sentence and then moves downward towards its individual components.

Based on my experience I would suggest that one follow these simple steps:

1)   Read the introduction on phonetics: it is always helpful to know that Chinese is a tonal language anyway, and that it has 5 tones (4 + a neutral one). This will always be a good reference. Furthermore, at the early stage, one should learn immediately how to pronounce consonants, taking special care in differentiating retroflex consonants (such as zh, ch, shi) from normal ones (z, j, s), and aspirated (p, t) from non aspirated ones (b, d).

2)   Once you have a general understanding of Chinese phonetics, start considering very simple sentences. Listen to the sentences dozens of times, and repeat them with your eyes closed, without looking at the tones that make up the individual words.

3)   Then consider the individual words, and try to focus on them when they are “embedded” in the sentence. If necessary, write down a list of the words as long as you learn them.

In addition to the tones, it is important to point out that Chinese also has a general pitch (the way a sentence flows) which has to be taken into account.

Chinese introduces breaks in certain positions in a sentence. These breaks, which I represent by the symbol “/”, give one a sort of guideline on how to pronounce a Chinese sentence, other than the tones. It is part of the ‘Phonetic Analysis’, an approach to pronunciation and pitch which I use to teach languages to my students (via Skype and face to face)

1)   Finally, after having learned how to listen, you have to simply… start listening! Do this at least half an hour a day, preferably an hour, and when you are ready, try to spend even more time on this activity. It is key to speaking native-like Chinese. Starts with audio AND the corresponding script.

Quality at the beginning followed by quantity at a later stage is a great way to reach an excellent pronunciation!

The tones of Mandarin Chinese are undoubtedly a challenge, but they can be learned with the proper approach. The one I propose is simple: consider a whole sentence and listen to it, try to figure out how it sounds as a whole without focusing on the tones. You’ll find  that it is an efficient approach to acquiring tones in a natural way.

(*) In 2006, Harold Goodman, author of three audio courses created an approach to color-code Mandarin tones. In addition to colors, each tone has also an accompanying gesture. For example, for the sound ā your thumb moves in a straight, lateral direction, index finger points upward for á, The index and middle fingers form a V sign to indicate the third tone (ǎ), and so on. This approach was tested with volunteer students in theUS and they seemed to recall tones very well. For more information, please refer to Michel Thomas Mandarin Chinese