When Should You Start Speaking a Foreign Language? 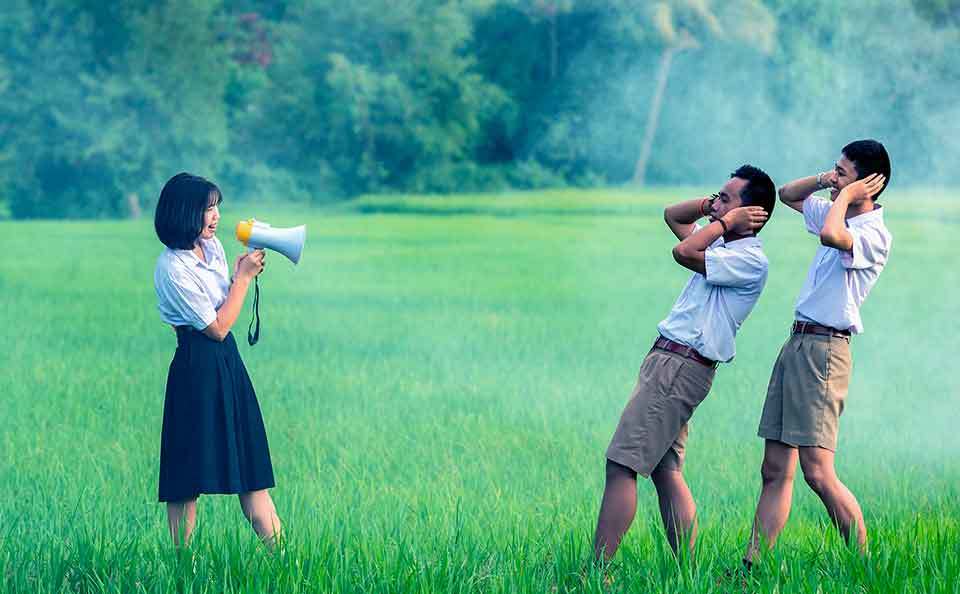 "Expose yourself to your deepest fear; after that, fear has no power, and the fear of freedom shrinks and vanishes. You are free" - Jim Morrison

In the human mind, there is one fear that has been shown to be more salient than any other.

...the fear of public speaking.

The mere thought of having to speak in front of a crowd will send most people into a panic.

It's no surprise, then, that the most common fear of language learners is something quite similar — speaking their target language to a native speaker.

For language learners, speaking can often represent an invitation for self-doubt, criticism, potential embarrassment, and a whole host of other negative emotions. And yet, the large majority of learners are well-aware that speaking is perhaps the most essential skill of language, and so cannot be avoided forever.

This push—pull, this desire to know how to speak without ever taking the risk of actually speaking, is the impetus for one of the most common questions I get from other learners:

When should I start speaking my target language?

There is no one correct answer to this question. Instead all answers lie on a spectrum between two extremes:

Each of the above approaches to speaking has its own advantages (pros) and disadvantages (cons).

This approach consists of starting to practice speaking as soon as you begin serious study of your target language.

A mass Input, Then Speak

This approach consists of starting to speak weeks, months, or even years after serious study of target language begins.

When You Should Start Speaking Your Target Language

As stated before, the above examples represent the two most extreme approaches towards beginning to speak a foreign language.

If your target language has internal structures (i.e. syntax, morphology, grammar, lexicon) that are more similar to those of your native language, you will find it easier to speak from the beginning.

Conversely, if your target language has internal structures that are very different from those of your mother tongue, you will have more difficulty when it comes time to speak it.

This is usually most evident when comparing the syntax of your target and native languages.

To give you a personal example, let me describe my experiences with Japanese.

Prior to learning Japanese, I had only studied languages with a Subject-Verb-Object word order.

I saw the dog

As Italian shares this SVO structure, all my prior languages were syntactically close. Because of this closeness, I was able to start speaking these languages very quickly, as I had to devote fewer mental resources to navigating sentence structure.

Japanese, on the other hand, has a very distant syntax in relation to those languages. Instead of SVO, it is an SOV (Subject-Object-Verb) language. This results in sentences structured like so:

I the dog saw

This seems like a simple change when looking at a short sentence, but when dealing with more complex sentences and different types of phrasing, moving from SVO to SOV can require all sorts of mental acrobatics.

I tried to counter this difficulty by waiting to speak. But waiting turned to procrastination. When I finally began speaking Japanese, I had been studying it for over a year.

And sadly, after all that time, I was no better off! When I spoke, I tried to make the well-formed, intricate sentences that I had read in books and heard in audio, but I couldn't do it. Despite all of the input I had amassed, I lacked experience in navigating the syntax and social structures that are such an integral part of spoken Japanese. One year plus of input counted for practically nothing.

Looking back, despite the syntactic distance between Japanese and all the other languages I knew, I believe I would have been better off speaking earlier, and relying heavily on simple syntactic structures and politeness levels, before moving on to more complicated ones.

Simply put, language distance (and specifically syntactic distance) may play a part in how soon you choose to speak a language. A close language will be much easier to speak from the start, while a distant language will give you more difficulty.

The more often you do something you are scared of, you will automatically become less scared of doing it. This "desensitization" process is a key part of behavioral psychology, and plays a large part in many phobia therapies.

Language learners who have had prior practice speaking to natives will be more willing to engage in conversation with natives in the future, even if they were originally resistant to speaking.

This works across languages. So, if you've learned French, and already know that you're capable of speaking effectively in French, then you will find it easier to speak earlier on when beginning to learn Hungarian, for example.

If you've beaten the fear before, you can beat it again. Use that to your advantage.

Due to the amount of uncertainty involved, and the high likelihood of errors or embarrassment, most learners put off speaking until they absolutely must do so. A smaller group of learners prefer speaking right from the start, which, though advantageous, can be highly stressful on one’s mindset.

The best approach for you will lie somewhere between these two extremes, as determined by several objective and subjective factors.

Use the above tips to determine when to start speaking. No matter what, make sure that you decide on a timeline of when to speak, and then actually stick to it. If you don't make speaking happen, it won't happen.

And, lastly, when you do decide to actually make it happen, take care to engage in conversation with kind and supportive natives who have the time and patience to work with you as you seek to improve your speaking skills. Such choices will ensure that once you've started speaking, you'll keep speaking, again and again.