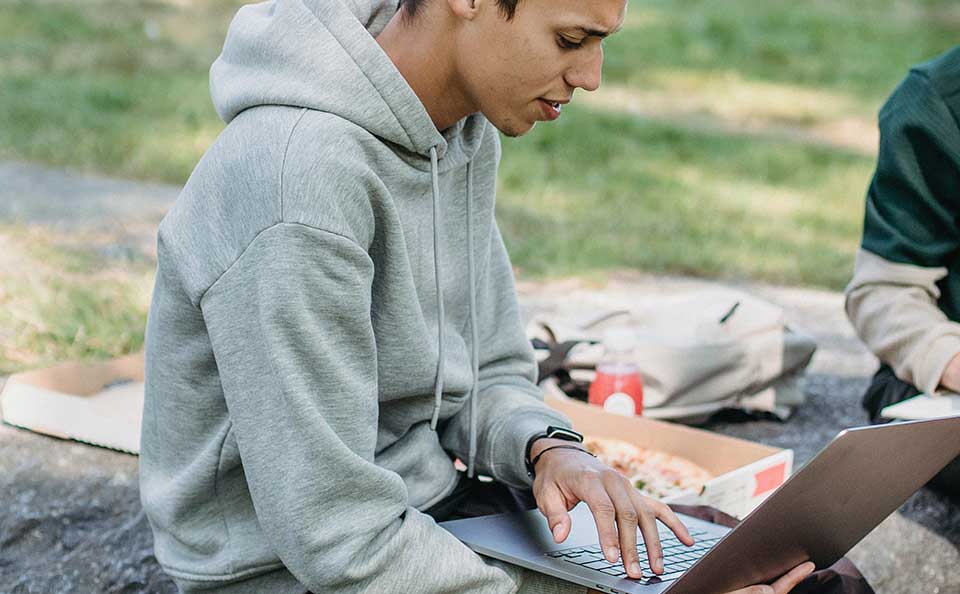 The rate of failure of classroom based language training is astronomical, although of course some countries do better than others. For example, a 2012 European Union Working Document has data showing that the share of students in school reaching the level of “independent user” in their first foreign language is 9% in England and 14% in France. That’s roughly the success rate of Americans and other native English speakers, which means that over 85% of people fail to become proficient in a foreign language in those places.

This catastrophic failure rate of language training clearly shows there’s a problem: learning a language often doesn’t work for most people. And I speak from experience: I learned foreign languages in Middle School, High School, college, and back when I was an undergraduate student at university, and it simply didn’t do it for me. In fact, we all know somebody who has studied French, Spanish, or some other common language and who dabbles in them (especially if you live in an English-speaking country). But much fewer are those who have reached a very high level of proficiency in a foreign language (English might be the exception). Why is that?

Let’s get to each point, one at a time.ost learners fail to set clear goals and develop healthy habits

Here are three quick questions for you:

If you’ve answered “no” to two or more of these questions, you need to grab a pen and a paper and get to work, now.

According to the research of psychologists, neurologists, and other scientists, setting a goal invests ourselves into the target as if we’d already accomplished it. Having goals helps you to track your progress and gives you a sense of direction, which in turns help to increase motivation and reduces your chances of giving up. Research recently conducted by Psychology professor Dr. Gail Matthews shows that people who wrote down their goals, shared this information with a friend, and sent weekly updates to that friend were on average 33% more successful in accomplishing their stated goals than those who merely formulated goals. Another study undergone by a scientist concludes that “Goal-setting effects are quite robust, typically yielding a success rate of 90%, even including studies that made methodological and/or theoretical errors.” I’ll be honest: one of the first times I learned a foreign language, I had totally no idea of what I was embarking myself in. I didn’t have any goals (either in my head or written down), let alone any plan. Not surprisingly, after buying a lot of shiny books, I dabbled in the language for a few weeks and I quickly got disinterested. Soon I had a newly found passion for another language, and the whole process repeated itself. After a year, I actually hadn’t gone much far in any of the two languages I had begun, which led to a big loss of motivation. The point is, set realistic but challenging goals, write them down, and draw up a specific plan of action to accomplish them. And of course, remind yourself as often as possible of your goals and track your progress. It’s a simple, but very important first step in the right direction.

Most learners expect their progress to be linear

The improvement of skills works on a so-called “logarithmic scale” as opposed to linear, to put it in fancy terms. What this means is that as you get better, it gets harder and harder to improve. Elite athletes, for example, expend enormous effort to shave seconds off their best times, whereas novice athletes can shave minutes with just a little practice. The same goes for language learning: at the beginning you make quick improvements, since you’re essentially starting from a blank slate. But as you progress, you see diminishing returns proportional to the amount of time and effort that you put in. That’s a totally normal phenomenon, the key is simply to be prepared for it. On a graph, it would look something like this:

However, there’s a plus side to reaching an intermediate stage in any given language, which shouldn’t be forgotten: once you have cleared the first hurdles of starting literally from scratch, learning becomes easier and so your enjoyment of the language and your mental stamina increase.

This means you can start adding quantity to the equation. As Luca Lampariello adds, “We can spend much more time on real content, and that time is not restricted to language learning material anymore.

We can talk with friends, watch TV and movies, read books. We are not deliberately spending time with the language anymore– we are using and enjoining it. We can spend countless, precious hours with the language.” Let me tell you a little personal story: I’ve been learning Korean for several years now, and at first, even though progress was a lot quicker, it was fairly hard at times to keep my motivation high because I had to go through a lot of language learning material rather than “real content”, as Luca puts it.

But as I got to an intermediate stage, I really started enjoying a lot of material that any other native speaker would enjoy: watching movies and TV series, reading simple books, understanding the lyrics of songs, etc. It felt like I was no longer “studying”, but rather truly embracing and enjoying the language.

Even though progress was a lot slower, it almost didn’t matter, because I wasn’t into the game to reach some kind of destination, but rather to enjoy the journey. Before this post gets too long, let’s turn our attention to the “low-growth” phase that swe were talking about a bit earlier, and why most of us fail to pierce through that barrier and instead choose to rest on our laurels by dabbling aimlessly in one or more foreign languages. .

Is your goal in life to be great, or is it to avoid discomfort? If we didn’t have to work hard to reach success, we wouldn’t appreciate it. Hard is what makes it great. Yet, in the back of our minds, somehow we all want to have it easy. We want to go through the smooth, paved, straight road to success, rather than the unbeaten bush. Let me tell you one thing: the straight, paved road doesn’t exist. Most people reach their “comfort zone” because they start telling themselves that their level is good enough. My career is “good enough.” My level of health is “good enough.” My Spanish is “good enough.” This phase is also sometimes called the “autonomous stage,” when we figure that we’ve gotten as good as we need to get (which doesn’t mean anything if you haven’t set yourself some clear goals in the first place) at the task and we’re basically running on autopilot.

During that autonomous stage, we lose conscious control over what we’re doing. 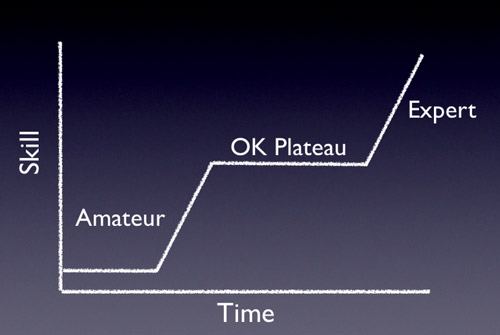 But what separates experts from the rest of us is that they focus on their technique, stay goal-oriented, and get constant and immediate feedback on their performance. Remember that when you want to get good at something, how you spend your time practicing is far more important than the amount of time you spend. In fact, in every domain of expertise that’s been rigorously examined, from chess to violin to basketball, studies have found that the number of years one has been doing something correlates only weakly with level of performance. Constant feedback is also crucial in order to rapidly push through a plateau, for example. “Getting feedback is also helpful for learning what you’re doing right, which can give you a boost of confidence and help you realize that you are in fact making progress,” says philomath and language enthusiast David Mansaray. “This serves to reinforce a positive mental attitude and helps keep you motivated.” As Scott Young emphasizes in another one of his articles: “Don’t get stuck in the trap of ‘good enough’. There is no such thing as good enough, or even not enough. All that matters is how much you are doing.”

In this article, I’ve tried to emphasize the importance of setting clear goals right from the outset and develop healthy habits early on. I’ve also underlined the importance of understanding that as you progress in your language studies, it will become harder to make large, noticeable gains in fluency and skill development. That’s a normal process that you have to be prepared for. Finally, I’ve told you about the importance to get outside of your comfort zone, to embrace difficulty, and to rise up to the challenge of learning a language up to a high level. Really, it’s what makes it so fun. I hope you’ll have enjoyed this post, and I would be thoroughly interested in hearing about your opinion on those topics. Have you managed to reach a high level of proficiency in a foreign language other than English? If yes, how did you do it? If no, how can you fix it?

By Sam Gendreau Sam is the guy behind Lingholic, a blog with a wealth of resources for making the life of language learners easier,

including interviews with polyglots from the world and articles on just about any topic language-related.