Language Learning and Love – the Beautiful, the Ugly, and the Useful 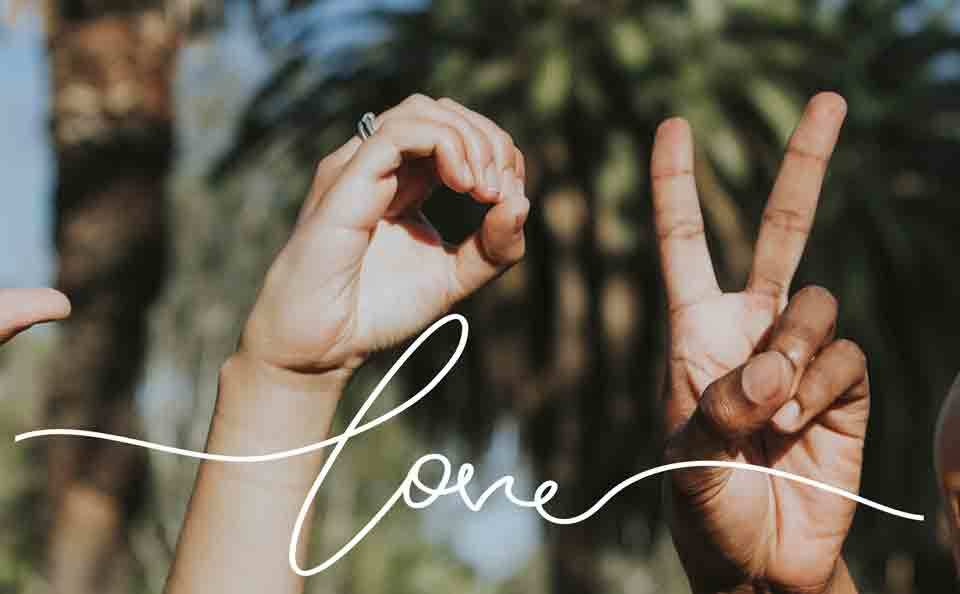 “You know you're in love when you can't fall asleep because reality is finally better than your dreams.”

As someone who speaks multiple languages, one of the questions I get asked a lot is if I have had many foreign girlfriends.

When I reply that, well, yes, I’ve had my fair share of “foreign romances”, I am always confronted with the inevitable conclusion that THAT must be the reason why I speak so many languages.

Yes, having foreign girlfriends has helped me speak various languages better than I would have otherwise. I’ll even admit that, for a certain period of time, I had convinced myself that that was indeed the reason why I had learned certain languages extremely well.

But in hindsight, I know now that no, it is not romantic partners who make the biggest difference in learning a language.

Don’t get me wrong, they can and do play an important role.

But that’s not what counts the most.

To me, the act of starting to learn a foreign language yourself is what makes the difference.

Before, during and after meeting a potential romantic partner.

But I am getting ahead of myself.

Let’s take a step back.

A long step back.

The Power of Language and Romance

A poorly-lit porch on the outskirts of Dublin.

I was kissing a girl!

It was my first time abroad.

I had gone to Ireland with a group of thirty Italians.

The idea was to spend time in an Irish family and go to school every day to improve English.

And that’s what we did.

During those days, I quickly made friends with three other guys from Rome, and we used to hang out a lot.

A week after we had landed in Dublin, these guys had invited me to come with them to get to know some girls in their neighbourhood.

Four of them, four of us.

I remember that when we met the girls, everyone  started chatting straight away. Everyone but me, that is. I kept my mouth shut for quite a while.

I remember them saying to each other — thinking we would not understand a word — who was cute and who was, well, less cute.

And I remember as if it were today the shocked faces when I started speaking.

The awkward silence that followed for seconds that seemed like minutes, or hours.

In the end, I found myself kissing this one girl when all the others had left.

It was not exactly the most romantic encounter, it was very physical and very short.

But that encounter made a significant impact on me from that point forward.

Even if I was very young and naive, the power of language had unfolded in front of my eyes.

It is speaking foreign languages, at least at a certain level, that creates opportunities to connect with people romantically.

That spark that changes everything in a moment.

From that moment on, there was no going back.

I knew then that I wanted to live most of my romantic life with foreign girls.

So I know a thing or two about having relationships — short and long — with foreign girls, and I hope you can learn from my experiences, mistakes and all the rest. 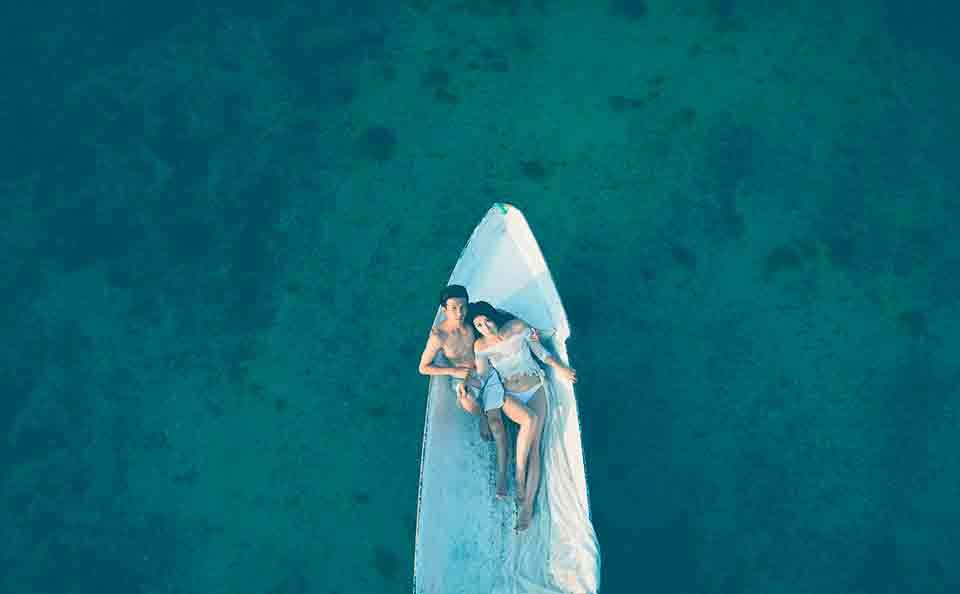 In July 2007, I met a French girl, who soon became my girlfriend.

My two friends and I were sitting in the hallway of a hostel, and she was sitting with 2 friends of hers.

I broke the ice by speaking French, and my ability to speak French made a huge difference.

They say that the first impression is key, and I think that it is true.

We ended up staying together for five years.

The first lesson I have learned is that language learning opens immense doors.

2. Languages can help you build a solid and unique relationship with your partner

Language is a great ice breaker, but it also plays a key role when it comes to developing a relationship.

Communication is about so much more than words.

Communication is about facial features, smiles, gestures, phrases said in a certain way, with a certain intonation, and in certain circumstances. And so many other things, as well.

Each language has its own way of being, and it causes us humans to act, think, and be in different ways.

When you speak your foreign partner’s language, (or when he or she hears yours) you are in synchrony. You are in harmony.

Language stops being a barrier, and becomes a trampoline, for leaping over barriers.

3. Build a romantic relationship in your target language right away

The third lesson I learned is that once you start speaking a language with your partner, it is really difficult to move to another language later.

That’s a crucial point. That’s why, with all the girlfriends I had, I already spoke their language, at least to an intermediate level.

If I hadn’t been able to communicate in their language we would have switched to — go figure — English.

Starting with English would have meant that some months or years later, starting to speak another language with my significant other would have been problematic.

Actually Learning with Your Girlfriend 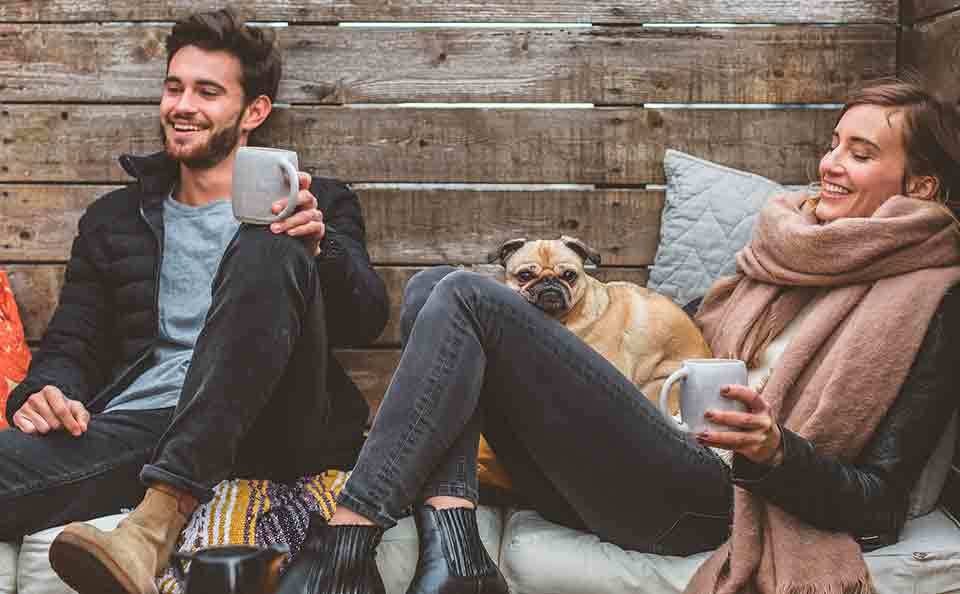 Looking back, I can ask the question: would I have learned French, Russian or Polish well, had I not once had a girlfriend who spoke each of those languages?

My honest reply is yes...and no.

Yes, I would have learned the language anyway, because once I decide to start learning a language, I learn it for life.

And no, because when you have a foreign romantic partner, and you want to speak his or her language, you are motivated. Much more so than if you didn’t have one.

You are in a state of mind of openness and curiosity.

And your possibilities of speaking, using and hearing that language multiply.

Most often than not, I ended up visiting (or even living in) in my partner’s country, speaking the language with her, hearing it on the street, getting interested in literature, film, living countless situations, you name it.

You will spend more and more time with the language, and will end up developing great skills as a consequence of exposure, use and curiosity.

But this ONLY happens if you are motivated and open.

Having a girlfriend is not enough, and even when you get opportunities to speak every day, things can get discouraging.

One day you can talk about Kantian philosophy, and the next day, you catch yourself being unable to say the simplest of things.

Naturally, you get frustrated.

Also, it is important to remind yourself that your partner is NOT your teacher, and should not be treated as one.

Sure, your partner can help, encourage and correct you just like in a language exchange, but you will learn and improve your language mostly by yourself.

Through exposure, self reflecting, and experimenting.

I have learned a lot by speaking, asking, being curious.

One thing that really helped was to keep a notebook with me at all times and jot down things on the go.

Small things. Questions that I asked my girlfriend, on and off.

For instance, I have an entire notebook full of notes in Russian. The amazing thing is that I remember almost every word or expression in that notebook, and when and where I learned it.

When you get with someone and the relationship becomes serious, you get the whole package.

And sooner or later, the moment comes when you “meet the parents”.

If you all speak a common language, that’s great!

But what if they don’t?

Most often than not, it turns out that they can’t.

This happened when I met the parents of my girlfriends from France, Russia and Poland.

The great thing was that, thanks to the fact that I speak these languages, things warmed up pretty quickly.

I could not have imagined trying to communicate with them solely in English, or by using my girlfriend as an interpreter.

But I confess to my fair share of embarrassing situations, even when using their language with them directly.

Growing always entails some amount of discomfort, and learning your partner’s language is no exception.

The moment when, in the middle of a table full of relatives, someone asks you something point blank that you don’t understand, and you don’t know what to say.

The moment when you try to say something and you get tongue-tied and your mind goes blank.

The moment when you try to say one thing and end up saying something completely different.

The moment when you mispronounce a word and it turns out to be a curse word, or an insult.

And so on, and so forth.

But it is all part of the game.

You have to accept these mistakes as part of the game. As they say, what doesn’t kill you makes you stronger.

And let’s face it, in exchange for a few embarrassing moments and misunderstandings, you will get countless moments of beauty.

When you get a foreign partner, you should aim to speak his or her language  at a conversational level if you want to develop your relationship in that language, and improve it.

Speaking your partner’s language is an incredible glue that holds the relationship together, and even improves upon it with time.

You will experience frustration, bad days, and even embarrassing moments.

Meeting the parents and friends is part of being with another person, and it is also part of messing up, and growing as a person and language learner.

To conclude, I love thinking—no pun intended—that the romantic love for a person and languages are like a circle.

It is always worth it.