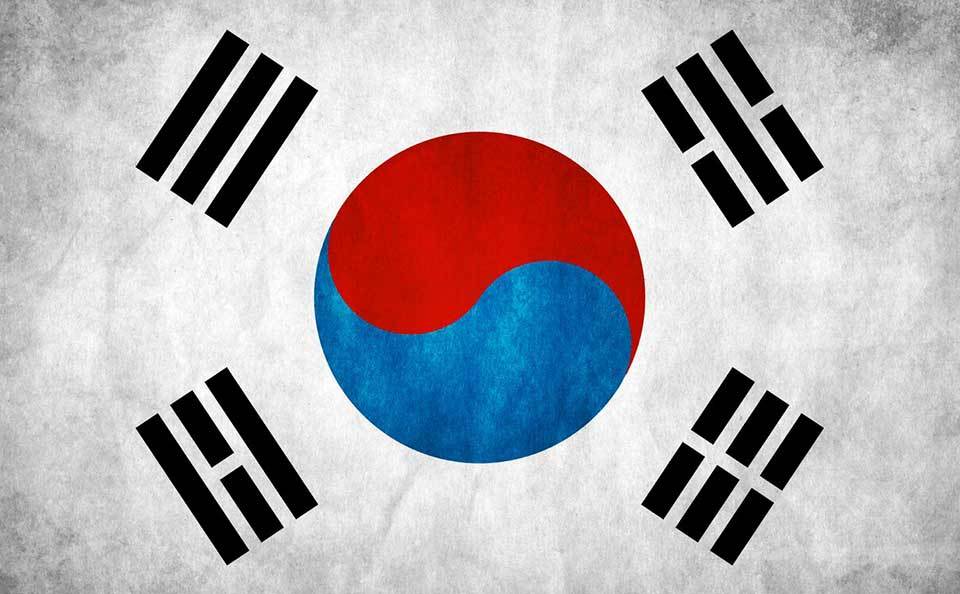 So, you've started to learn Korean.

Welcome to an amazing adventure! Though the Korean peninsula is a small one, it is home to excellent cuisine, an amazing culture, fascinating history, and more television shows, music videos, and pop songs than you've probably ever encountered in your life (seriously!).

Perhaps best out of all things originating from Korea is its language, which is known for both it's beauty, and the challenge it poses for Westerners. In fact, the American Defense Language Institute (DLI) labels it as one of the hardest languages in the world for English speakers to learn!

But you've resolved to take on the (still very doable) challenge, and for that I applaud you.

Before you start—or maybe continue—your Korean studies, though, I want to share with you a few common mistakes that I've seen many Korean learners make. It is my hope that by knowing and avoiding these mistakes, your journey to Korean fluency will be much smoother and much more enjoyable.

When most people start learning Korean, they see all the strange and unusual characters and immediately get anxious.

As a crutch, they then turn to romanization, which is the practice of using English (Latin) letters to represent non-English letters and sounds.

With Korean, using romanization can feel like an easy way to get used to the language before you have to face learning the alphabet, which can be intimidating if you've never done that before.

There are multiple different romanization standards which are inconsistently used in materials for Korean learners and non-Korean speakers.

Though the Revised Romanization is said to be the standard in Korea since 2000, the older standard (McCune-Reischauer) can still be found in many places. Perhaps most confusingly, Korean names tend to be extremely inconsistently romanized. Anecdotally, if I see a Romanized Korean name, I can't be fully sure how to pronounce it until I see it written in 한글, the Korean writing system.

Luckily, the Korean writing system is extremely easy to learn. There are 24 letters in the entire alphabet, and once you learn the sounds they represent, it's not long before you can semi-reliably read any Korean text out loud. At most, learning the alphabet should take anyone only a few hours.

Korean also has two similar-sounding "o" sounds ("오" and "어"), and the vowel "으", which doesn't exist in English.

Because of all this, you may feel like you can just power through and ignore Korean pronunciation by simply crossing your fingers and hoping people understand you.

However, this really doesn't work. Since Korean has so many sounds that sound similar (at least to the English-speaker's ear), trying to brute force your way through Korean pronunciation can lead to considerable misunderstandings.

Consider the word 커피, which means "coffee". If you mispronounce the second vowel ("어") as "오", it's closest equivalent in English, the meaning of the word changes from "coffee" to "nose bleed".

Somewhat similarly, the word for rain "비" and blood "피", are differentiated only by the aspiration (an added burst of air) after the initial consonant is pronounced. 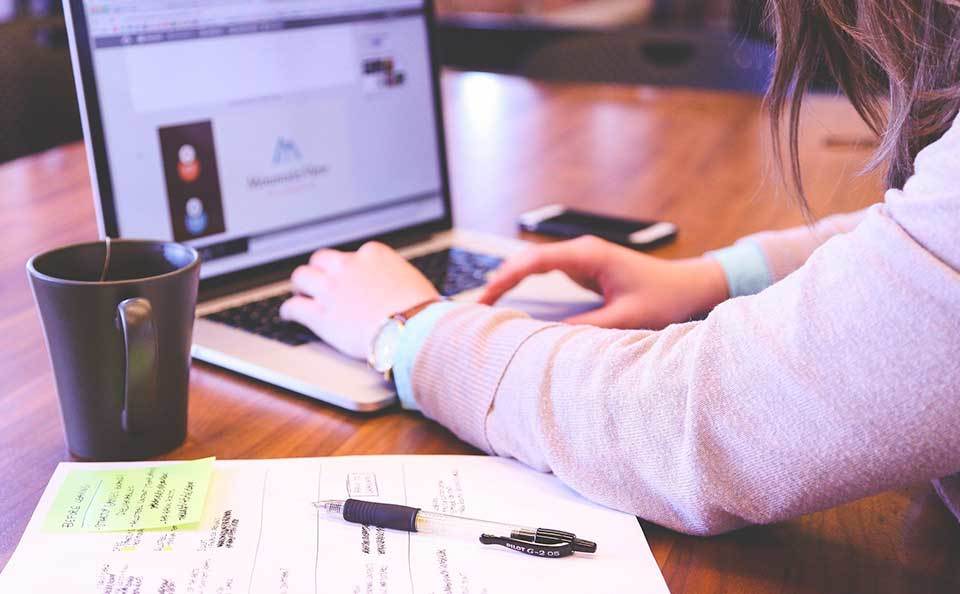 Korean characters, like their Chinese and Japanese are written with a specific stroke order.

This means that to write the characters by hand, you need to follow a sequence of predetermined steps that determine which lines you draw in what order, and in what direction.

The fact that these rules exist, coupled with the exotic nature of the Korean alphabet itself (at least for westerners), convinces many learners that handwriting is a skill that they need to devote time to, especially at the beginning of their learning.

While I believe that it is important (and perhaps even necessary) to learn to handwrite Korean at some point, I believe that the truly important writing skill for any Korean learner is typing using a computer keyboard.

For starters, if you're a learner who lives outside of Korea (and/or doesn't interact with Koreans much in person), you'll very rarely (if ever) need to write out Korean by hand. Anecdotally, I've been learning Korean for nearly three years, and I can't remember the last time I had to write something by hand in Korean. It's a skill I'm glad to have, but I don't really use it with any regularity.

By contrast, you'll probably spend much of your time interacting with Koreans online, either through voice chat like Skype, or text messaging through Hellotalk or Tandem.

In both of these environments, it is extremely important to be able to type well, so that you can communicate with your partners quickly and clearly.

Secondly, the Korean keyboard is not intuitive for users of the English QWERTY keyboard. In fact, there's no correspondence whatsoever between the letter on a QWERTY keyboard and their Korean equivalents, even when romanized.

You should think of the Korean keyboard as a new skill to learn. It can be intimidating at first, but if you think of it as a fun "beginner project" for your Korean learning, knowing how to type can seriously boost your reading speed and how fast you can communicate online.

Korean grammar can get pretty complicated at the intermediate and advanced levels, but there are a few grammar points that stump even the earliest of beginners.

Chief among these are the particles, which are short verbal "tags" added to the ends of words to denote the function of that particular word in the sentence.

Examples of different types of particles include:

There are many more particles in Korean worthy of discussion, but the above three sets are important for two reasons:

That's right! Even though you'll see these particles used all over in Korean writing, Korean speakers tend not to use them when speaking casually.

"Whew", you might be thinking, "if Koreans don't use these particles, then I don't have to bother learning them, right?"

Even though you can and even should omit the above sets of particles in your casual, spoken Korean, I believe that it's still extremely important to learn and master them.

"You have to know the rules before you can break them"

As much as Korean native speakers drop these particles, they know how to use them correctly when they need to. And when they do use them, they can use them to add nuance and deftly manipulate the meaning of their spoken phrases.

If you avoid particles, you'll be trying to imitate the natural speech of natives without having any of the underlying understanding or skill. 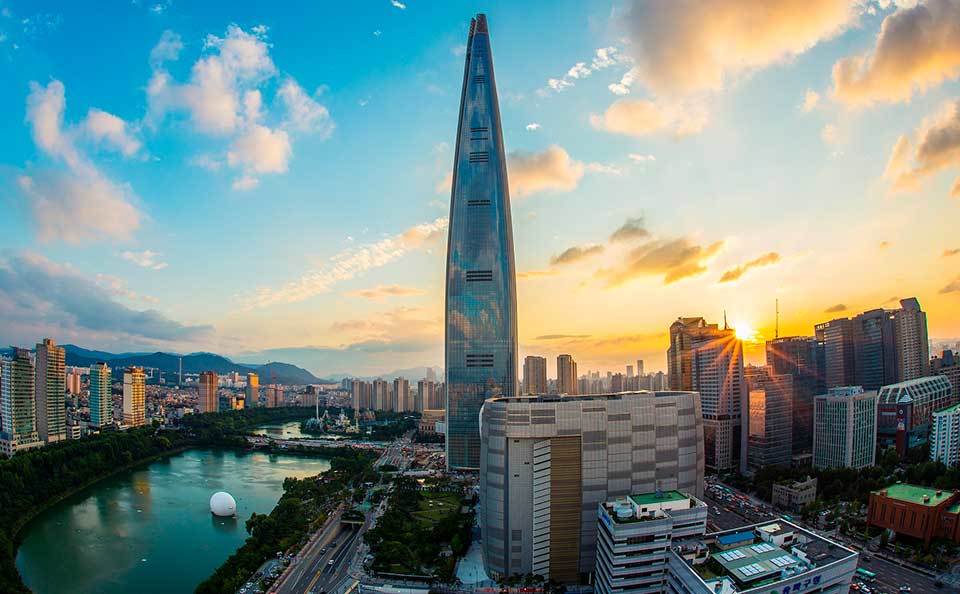 A Korean-speaking friend of mine once told me that you can always tell when a Korean text has been written by non-Korean, as opposed to an actual Korean speaker.

There are a number of reasons for this, but the main one is simple:

Non-Korean speakers use way too many pronouns!

Let's use a simple text to demonstrate this point.

Even in this short passage, do you notice one word that's used a lot more than others?

Heavy use of personal pronouns is quite common in English, simply because the language isn't built to function well without them. If I omitted the "I" from the above sentences, you could probably figure out the meaning, but it would sound totally unnatural.

Korean, on the other hand, does quite well without use of many pronouns at all.

If you're talking about someone (yourself, for example), all you need to do is make that clear by first labeling that person as the topic (using the topic marking particle).After you do that, you can leave off pronouns entirely until you need to switch to a different topic.

Here's the above text again, this time in Korean:

For those of you who aren’t learning Korean, here’s what that looks like using the Revised Romanization system:

The key here is the pronoun "저는" (“jeoneun” in Revised Romanization) which can translate to "I" or "as for me" in English. Whereas the English text required FOUR uses of the pronoun "I", the Korean text only needed it once, and could have gone without it even if the text were longer.

As a beginner Korean learner, the important takeaway is this: once you've established a topic of conversation ("Me", "you", "that guy over there", etc.) by mentioning that topic plus the topic-marking particle "는" you don't need to keep mentioning it. Until the topic is changed, it's automatically assumed that you're still talking about the same thing.

Try it out for yourself. If you're a native English speaker, it will feel quite unnatural at first, but you'll get used to it with practice.

The journey to Korean proficiency is not a quick one. There will be lots of ups and downs, mistakes and small victories.

However, today it is my hope that the five mistakes I've discussed here are ones that you won't make, at least not from now on.

I'm sure that from now on, you'll remember to:

Take these tips to heart, and you'll have a great head start on the road to speaking Korean fluency!